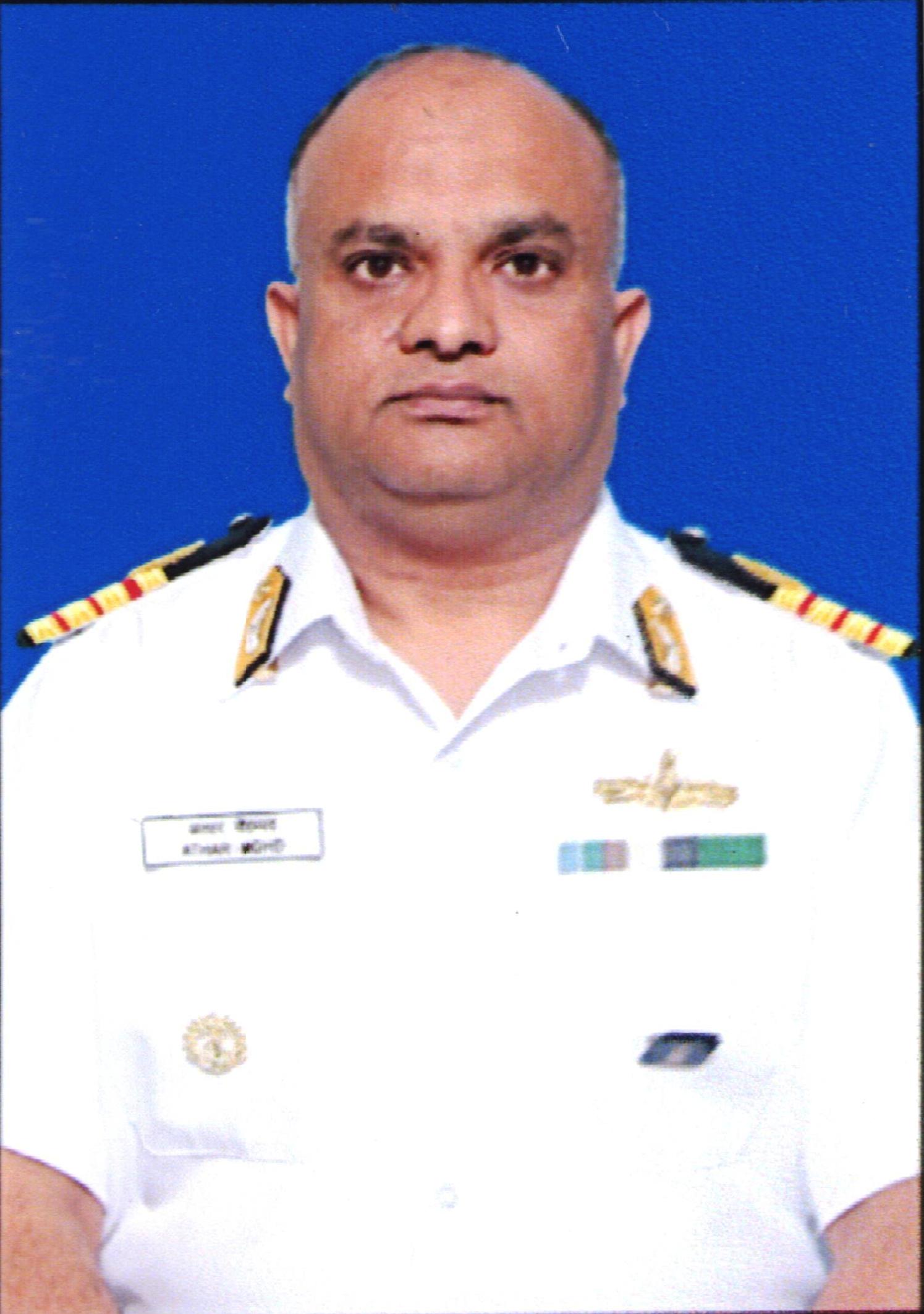 Surg Capt Athar Mohd (75736-A) was commissioned in Medical branch of Indian Navy on 11 Jan 2001 at INHS Asvini. He did MBBS from prestigious King George’s Medical College, Lucknow in 1999. He did his post graduation MD (Hosp Adm) from AFMC, Pune in 2013. In his 19 years of service, he has served as MO INHS Asvini, MO ICGS Veera, PMO INS Dronacharya, MO INHS Sanjivani, MO ICGS Veera, MO ND(MB), MO ICGS Samrat, MO INHS Patanjali, SO (CORD) HQENC,Project Officer INHS Kalyani. He was awarded with Lt Gen KS Master Memorial Silver Medal for 1st position in PG Advance Course in Hospital Administration and DGAFMS & Sr Col Comdt award for best published article in MJAFI (Jul 14) and FOC-in-C (East) Commendation in 2016. He was posted at INHS Kalyani prior to taking over as Commanding Officer, INHS Kasturi on 10 Oct 2019. 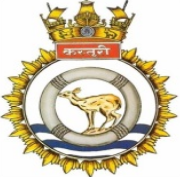 “We add life to years and years to life"

The hospital crest depicts the musk deer, Moschus Chrysogaster, known in India as Kasturi Mrig. The dear is surrounded by a lifebuoy with dark blue waves depicted in the lower portion signifying the naval connection. The hospital is named after the Kasturi deer whose special secretion -musk- is credited with medical properties and is used in the indigenous Ayurveda and Unani System of medicine for the formulation of various medications to treat a variety of illnesses.

INHS Kasturi is a 54 bedded hospital and caters to the medical care requirement of Station Lonavla. The hospital was commissioned on 02 Jun 1980 and was shifted from the old barrack type accommodation to its present location in Nov 2001. Kasturi has been awarded NABH Safe -I (National Accreditation Board for Hospitals and Healthcare Providers - Safety against infections) Certification on 07 May 17. It provides quality and value driven patient care to all residents of the Station. Facilities at INHS Kasturi include an MI Room, a Medical Specialist, a Surgical team comprising of surgeon, anaesthesiologist and a dental centre. Services of Gynaecologist and Paediatrician have been outsourced who visit twice a week for OPD consultation. 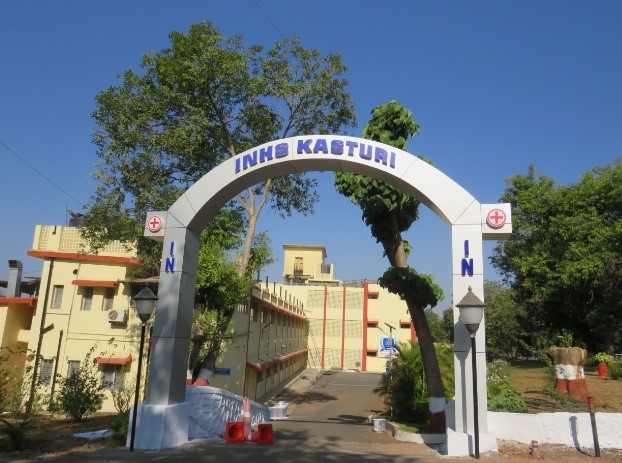 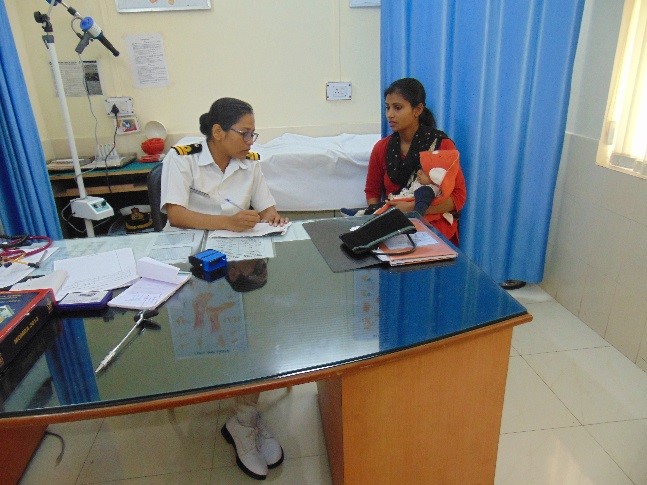 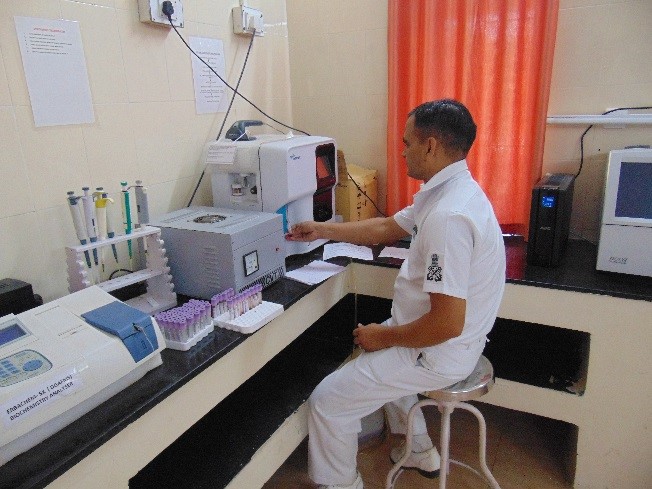 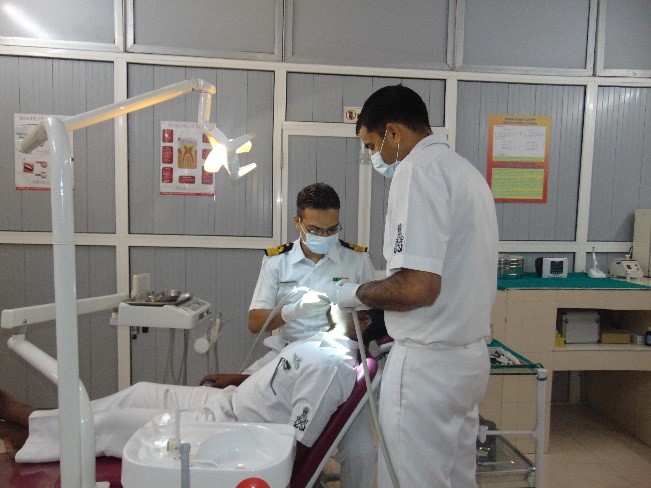 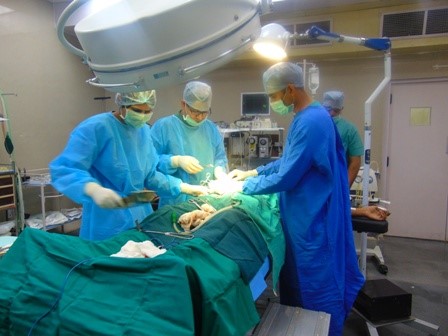 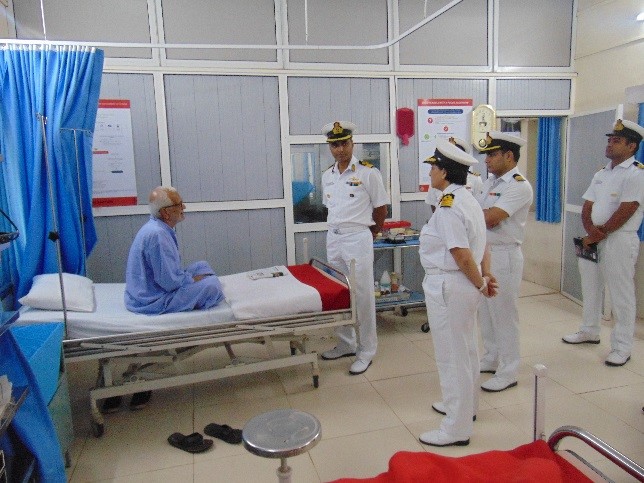