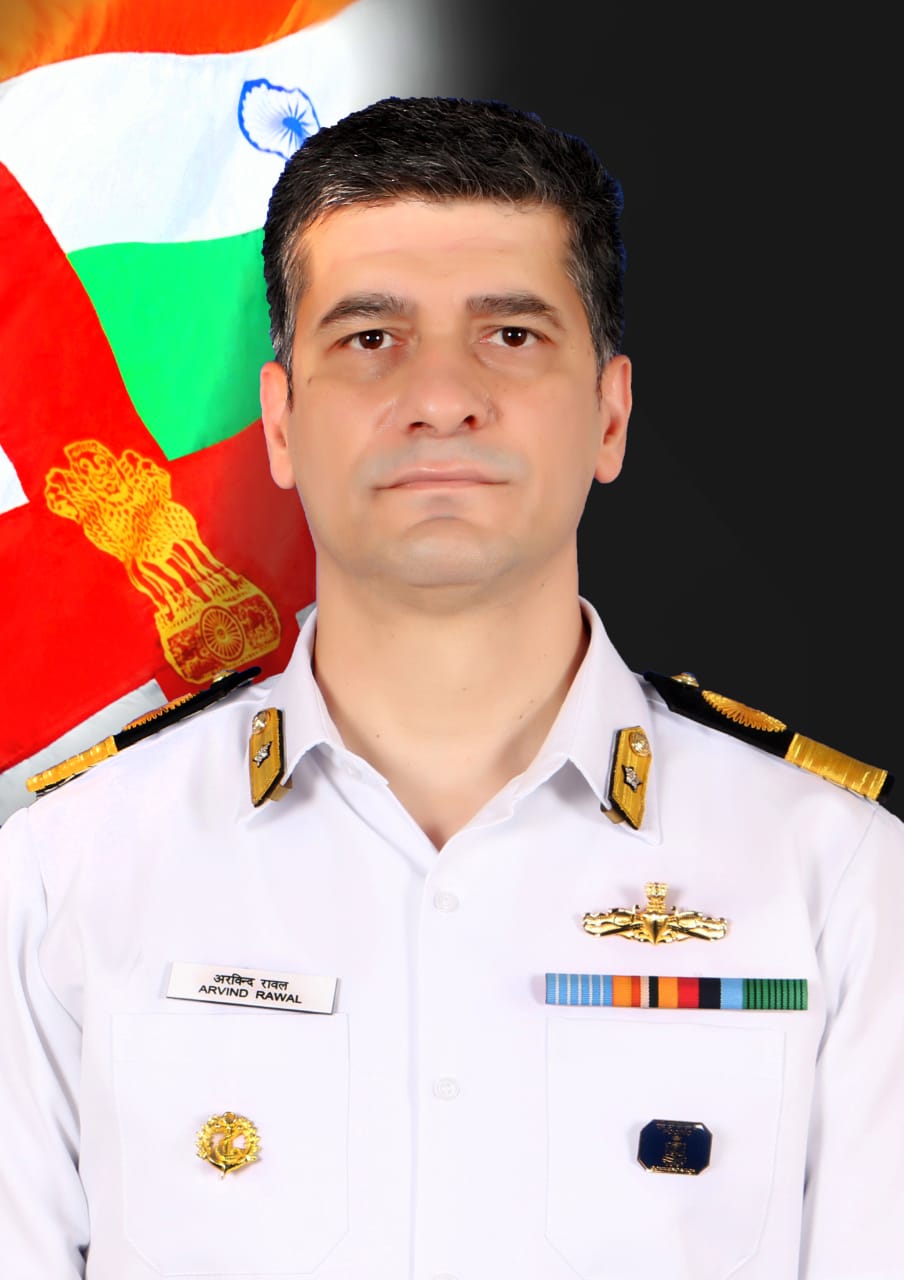 Cmde Arvind Rawal is an alumnus of National Defence Academy (NDA), Khadakwasla and was commissioned into the Indian Navy on 01 Jul 1992. The Commodore underwent the Basic Engineering Course and the Marine Engineering Specialization Course at INS Shivaji where he excelled in both the courses. He holds a B Sc and B Tech degree from Jawaharlal Nehru University and a Master’s Degree in Mechanical Engineering from Pune University. After earning his ERWKC onboard INS Ranvijay, he was appointed to INS Rajput as Asst Engineer Officer.

His tours of duty encompass several important assignments, prestigious courses and challenging tenures at sea, ashore and overseas. His sea appointments include Rajput, Ranvijay and the indigenously built stealth frigate Shivalik, where he was the Second Commission Engineer Officer. His ashore appointments include SO (Engg) at HQENC and Officer-in-Charge of Gas Turbine Testing & Tuning Team (GTTT), Visakhapatnam. He has also served as Technical Advisor (TA) to the Govt. of Seychelles at Victoria from 2004 to 2006. The Commodore was Deputy General Manager in the Naval Ship Repair Yard at Karwar where he was involved with repairs and maintenance of the frontline assets of the Navy, principal among them being the Aircraft Carrier INS Vikramaditya. The Commodore has had the distinction of serving two tenures at the Directorate of Marine Engineering, Naval Headquarters which is rightfully considered as a pinnacle in a Marine Engineer’s professional career profile, initially as a Joint Director and Director and more recently as the Addl Principal Director. Strength areas include Womb to Tomb Management of Marine Engineering aspects including writing specs, making induction policy and formulating lifecycle support mechanism for the Engineering equipment.

He is also an alumnus of the Institute of Armament Technology (IAT), Pune where the officer underwent the Advanced Marine Engineering Course (AMEC) and the prestigious Naval War College, Goa where he attended the NHCC 25. He took over as Commanding Officer INS Shivaji and Station Commander Lonavla on 08 May 21.

He is married to Mrs Pooja Rawal, who’s a Commerce graduate with a PGDBM from Delhi University. She’s also a qualified Technical Writer and is presently a homemaker. They have one daughter who did her graduation from Lady Sriram College (LSR) Delhi and Masters from London School of Economics (LSE). She is currently employed with Gerson Lehrman Group.