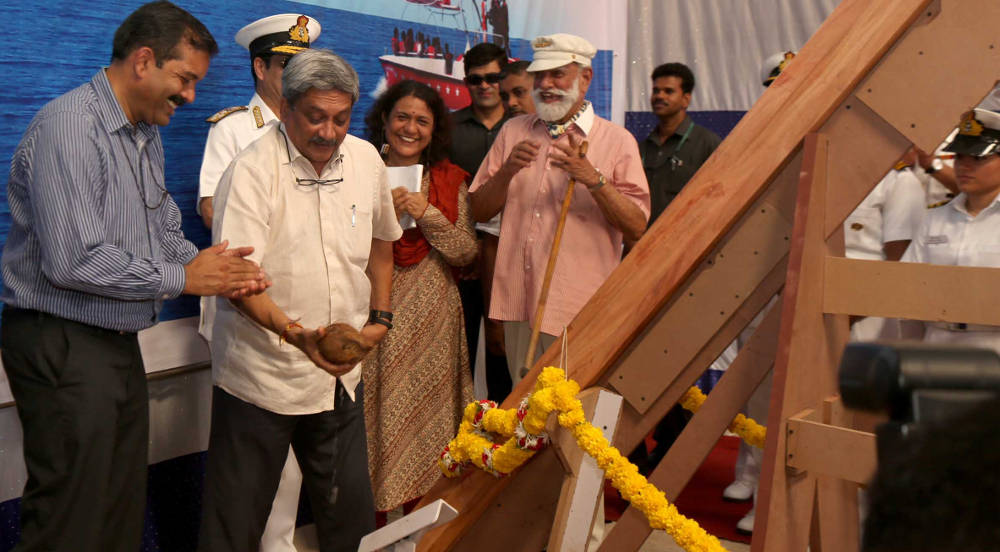 The keel laying ceremony of the Sister Boat of illustrious Indian Navy’s Sailing Vessel Mhadei was held at Aquarius Shipyard Pvt Ltd, Dival Island, Goa at the hands of Raksha Mantri, Shri Manohar Parrikar, in the presence of Admiral RK Dhowan, Chief of Naval Staff and Vice Admiral (Retd) MP Avati this afternoon. The ceremony included a traditional ‘Puja’, breaking of coconut, garlanding of the stem of the boat and unveiling of a plaque. INSV Mhadei built by the same Shipyard had proved its mettle by circumnavigating the Globe twice and having sailed more than 100,000 miles in a short span of just over 7 years which is a feat in itself. 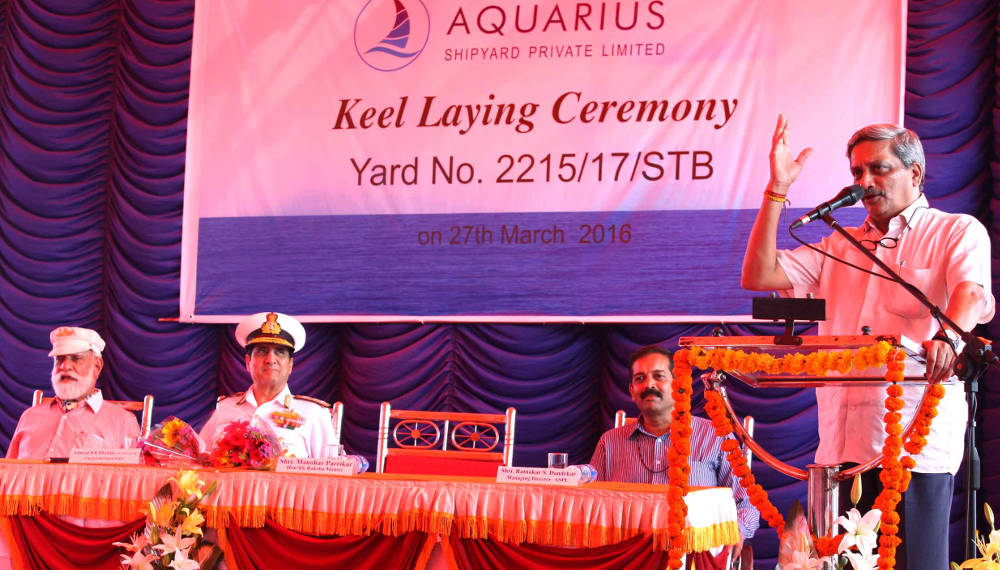 Speaking on the occasion, Shri Manohar Parrikar said that this boat is slated to take an all woman crew on a circumnavigation of the globe. If successful, the all woman crew will crew will achieve a record of being the first ever all women Indian crew to undertake circumnavigation of the globe. Stressing on the importance of awareness of maritime matters among the population, he said that no country can be a great power unless it is a maritime power. He complemented the shipyard in delivering quality products such as INSV Mhadei. 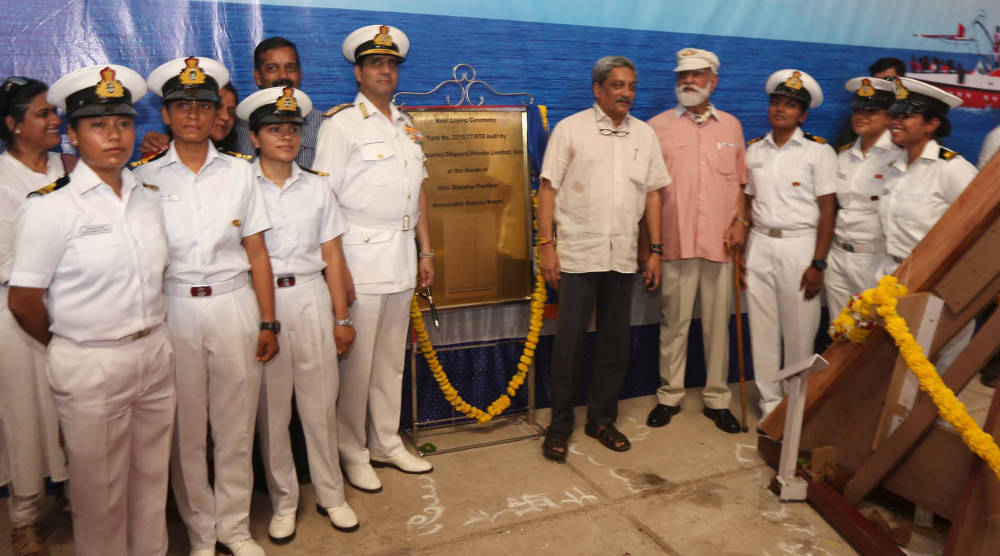 The Indian Navy is training an all-women crew who would sail the new boat for a circumnavigation of the globe. Six women officers are training on board Mhadei to undertake this voyage in 2017. Lieutenant Commander Vartika Joshi, a Naval Architect, was appointed as the first woman Skipper of Mhadei on 08 Feb 16. Mhadei is crewed by Lieutenants P Swathi, Pratibha Jamwal (Air Traffic Control specialists), Vijaya Devi and Sub Lieutenant Payal Gupta (both Education officers) and Lieutenant B Aishwarya (Naval Architect). To prepare themselves for the arduous voyage, they have undergone theoretical training in Navigation, Communication, Seamanship and Meteorology at the Navy’s various Training Establishments based at Kochi in August last year. Since then, the officers have been training under the guidance and watchful eyes of Commander Dilip Donde. Cdr Donde was the first Indian to solo-circumnavigate the globe in 2009-10 on board the same boat, Mhadei. The rigorous training included sorties of various durations with Commander Donde and working on the boat and training on the equipment fitted on board. 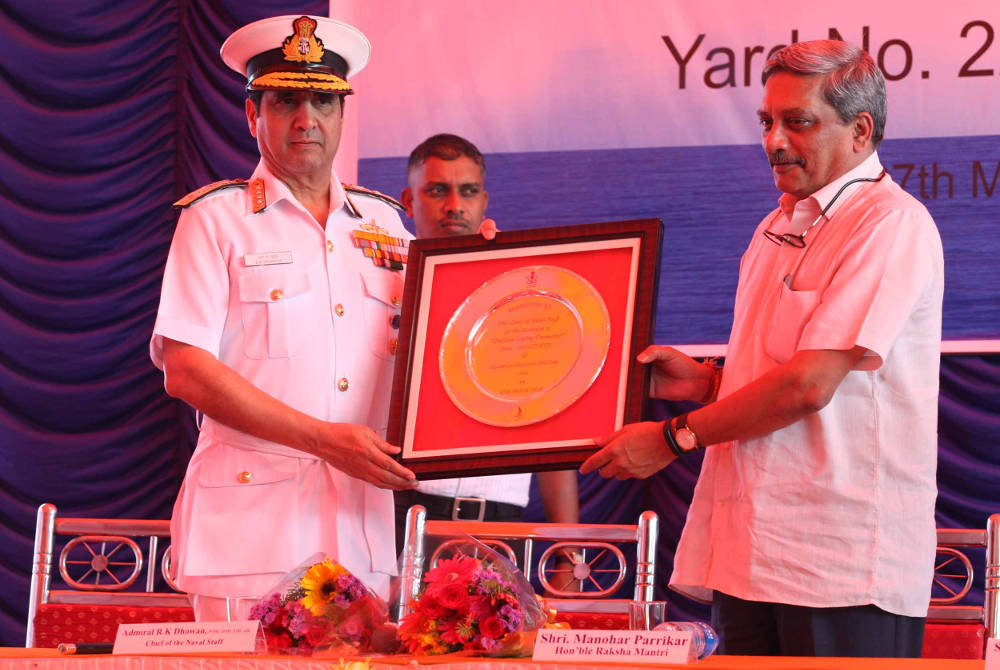 The women officers undertook their first independent voyage after the IFR from Visakhapatnam to Goa. During this maiden all-women crew voyage, Mhadei visited the Ports of Chennai (12-19 Feb) and Kochi (27 Feb - 02 Mar) on their return journey. She returned to her homeport Goa on 08 Mar 16 which coincidentally happens to be International Women’s Day. Future training plans for the women officers includes an independent voyage to Mauritius in May 2016 during the monsoons to expose them to rough weather and heavy seas that they would encounter during the circumnavigation next year. 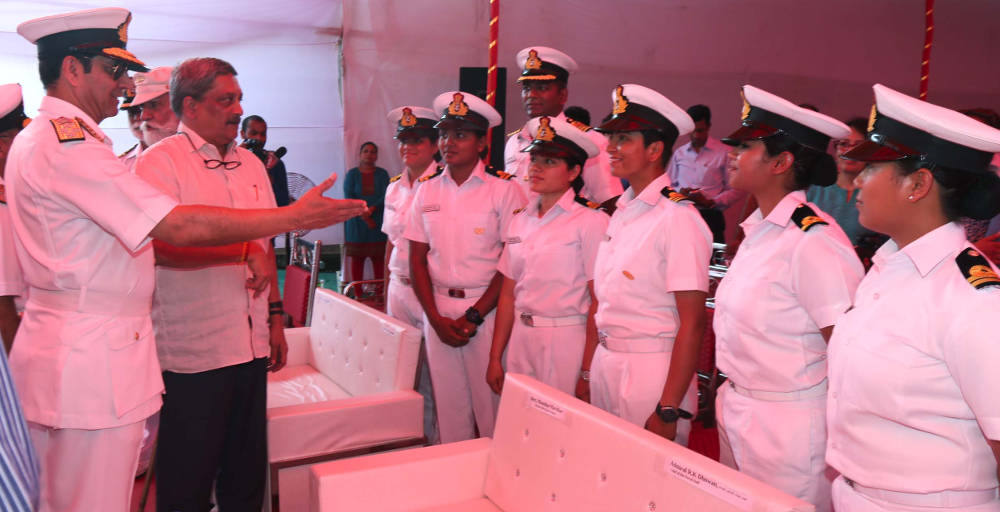 Interacting with the Lieutenant Commander Vartika Joshi, skipper of INSV Mhadei and an all women crew training for circumnavigation of the globe

The Indian Navy had placed the order for a second sail boat of the Mhadei class Aquarius Shipyard in Feb 2016. The RFP for the case was issued in Aug 2015. Three Yards submitted bids and Aquarius Shipyard Pvt Ltd emerged as the L1 at a total cost of 4.35 Crores. The contract has a fixed delivery period of one year for delivery and the boat is scheduled to be delivered in Feb 2017.