Indian Navy Sailing Vessel(INSV) Mhadei with an all-women crew was flagged off from Goa to Cape Town, South Africa  by Rear Admiral Monty Khanna, Commandant Naval War College on 09 Nov 16 in a ceremony held at the Boat Pool of INS Mandovi, Goa. The vessel, is scheduled to reach Cape Town on 15 Dec 16. The boat would then participate in the “Cape to Rio Race” (Cape Town to Rio de Janeiro) which will start from Cape Town on 26 Dec 16. 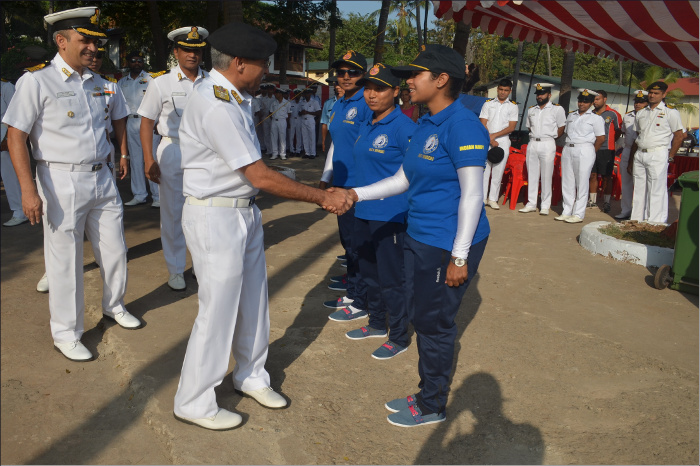 Meeting the all women crew of INSV Mhadei

Speaking on the occasion, Rear Admiral Monty Khanna said, “Sea faring is our profession and there is nothing better than long distance Ocean Sailing to learn the fine nuances of seamanship and understanding the oceans. The Women Officers have already sailed to Mauritius in the peak of monsoons and we are confident that the experience gained will hold them in good stead during the long voyage”. 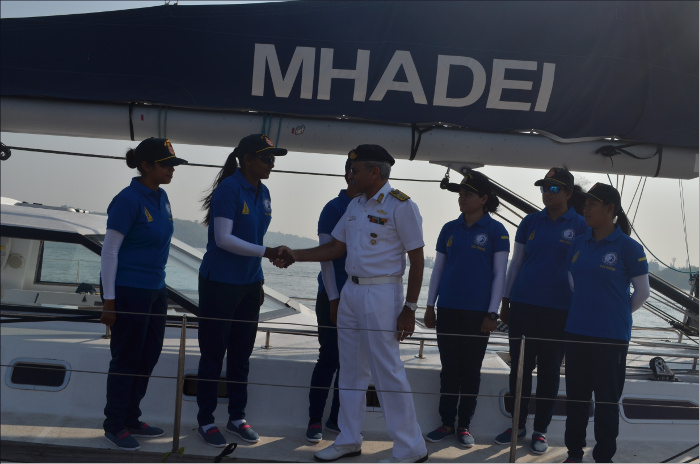 The present voyage of INSV Mhadei consists of four legs which includes Goa to Cape Town, Capetown to Rio de Janeiro (the actual race) and then return back to Goa. Indian Navy (IN) has identified four sets of crew to participate in various legs of the voyage with the purpose of preparing a larger base of adventure loving sea- farers.  While the present leg upto Cape Town  is being undertaken by an all-women crew skippered by Lt Cdr vartika Joshi, the  Rio race would be undertaken by a mixed crew of men and women which would be helmed by Capt Atool Sinha, the Officer-in-Charge of the recently established Ocean Sailing Node of the Indian Navy, who is an Asian Games silver medalist. Similarly the return legs would have separate sets of crew. 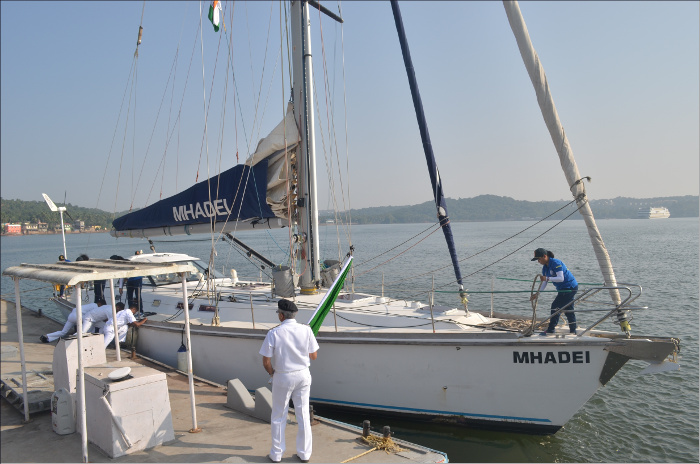 The Flag off  had the dual purpose of grooming of the all women crew for attempting a circumnavigation of the globe by them next year as also providing impetus to the “Ocean Racing” abilities of the IN. 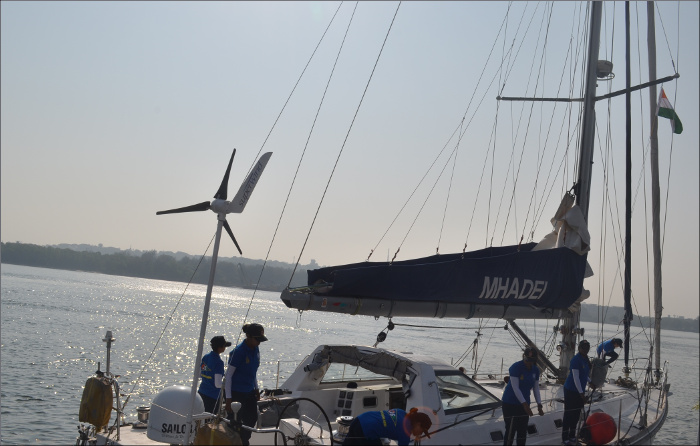 The Cape to Rio Race is the longest continent to continent yacht race in the Southern hemisphere with a total length of 6500 kms across the South Atlantic Ocean.  A fleet of at least 50 yachts are expected to participate in this year’s race. The boat is expected to return to INS Mandovi in May 2017.