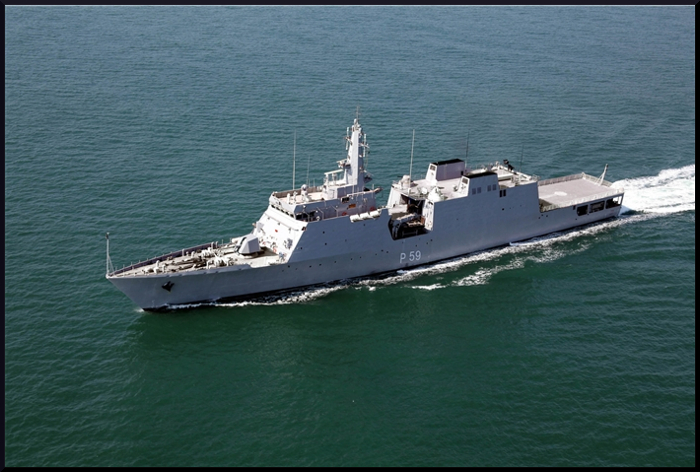 In pursuit of India’s ‘Act East’ policy and outreach to friendly countries, the Indian Navy’s Offshore Patrol Vessel Sumitra, has arrived at Auckland, New Zealand on 16 November 16 on a six day visit from 16-22 Nov 16. The ship would represent the Indian Navy at the Royal New Zealand Navy International Naval Review 2016.

The ship’s visit to New Zealand is aimed at strengthening bilateral ties and enhancing maritime security cooperation between the two countries. Sumitra, is the fourth of the Saryu class ships, based on an indigenous design and constructed by M/s Goa Shipyard Ltd, India. Since commissioning in 2014, the ship has been deployed for multiple operational tasks, the most notable being ‘Operation Rahat’, which entailed the evacuation of personnel of various nationalities from war-torn Yemen in 2015. The ship has a range of 6,500 nautical miles and is capable of embarking one Dhruv / Chetak helicopter. The ship is commanded by Cdr KP Shreeshan.

During the stay in harbour, various activities are planned towards enhancing cooperation and mutual understanding between the two navies such as official calls, reception on board, ship open to visitors, guided tours for Indian Naval personnel and professional interaction between personnel of both the navies. The ship’s crew would interact professionally as well as participate in sports events and social fixtures, and all other activities as part of the International Naval Review.