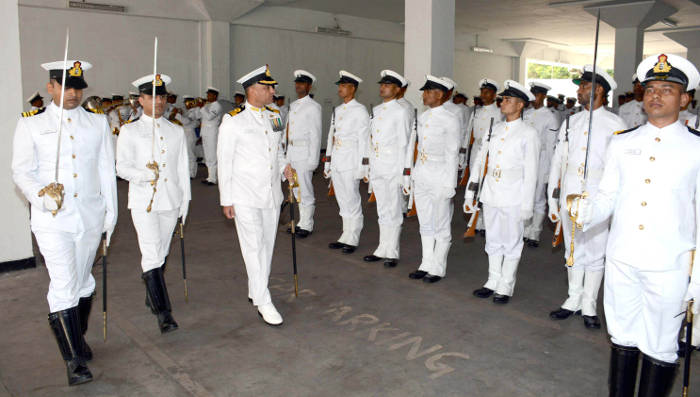 Commodore Sanjiv Issar took over as the Naval Officer-in-Charge, Andhra Pradesh at an impressive ceremonial parade held at Naval Dockyard on 04 Apr 16. A specialist in the field of Gunnery, the Commodore has held a number of prestigious appointments both afloat and ashore. His afloat appointments include tenures onboard INS Tir, INS Kirpan as Commanding Officers and Western Fleet as Fleet Gunnery Officer. Prior to the present appointment he has been the Defence Adviser, Embassy of India, Santiago, Chile. 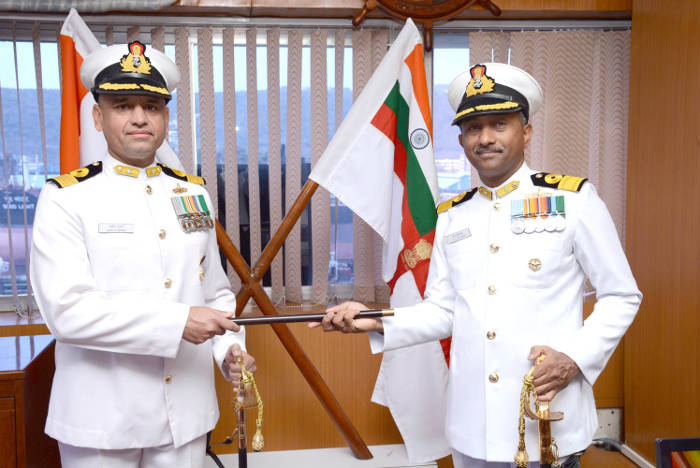 An alumnus of the Naval Warfare College (Karanja, Mumbai) and Defence Services Staff College (Wellington), he was commissioned in to the Navy on 01 Jan 1987. He has also commanded INS Dronacharya, the Gunnery school of the Navy at Kochi.