(a)  IN ship Trishul is deployed in the Gulf of Aden for anti-piracy mission since 06 Jun 17 and has safely escorted 19 merchant ships including six Indian flagged ships till 27 Oct 17.

(b) Interdiction of Pirate Boats.  IN ship Trishul was escorting Indian flagged vessel MV Jag Amar (with 26 Indian crew onboard) in the Gulf of Aden on 06 Oct 17. Trishul detected a pirate boat carrying out manoeuvres in the vicinity of the merchant vessel. Trishul closed the boat for investigation and launched her helicopter (with sniper embarked) towards the boat immediately. The helicopter reported absence of any fishing gear on the boat. This raised suspicion about the boat’s intentions. Under the surveillance of the helicopter, ship’s boat with Prahar (Marine Commandos) boarded the pirate boat. The pirate boat had 12 personnel onboard along with one AK 56 rifle, 27 rounds of ammunition, ladders, ropes, grapnels and fuel drums (all are piracy triggers). All the piracy triggers including the AK 56 with rounds were confiscated by the ship’s boarding team to prevent any piratical action by the boat crew. All Indian crew onboard MV Jag Amar were safe and the merchant vessel safely proceeded to her next port of call Al Jubayl, Saudi Arabia. 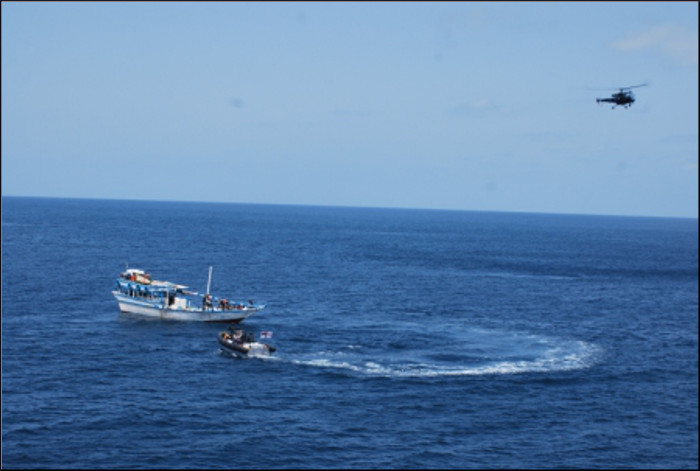 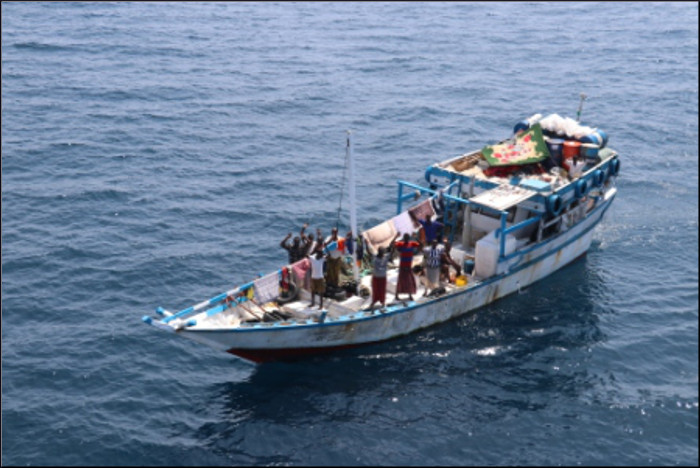 (a) IN ship Sukanya is deployed for PSM in the Andaman Sea and approaches to the Malacca Strait since 02 Oct 17. The ship is presently participating in IND – INDO Coordinated Patrol (CORPAT) from 24 Oct – 05 Nov 17 along with Indonesian ship KRI Imam Bonjol.

(b) Apprehension of Indonesian Fishing Vessel.  Indian Coast Guard (ICG) ship Rajshri on inputs from ICG Dornier (DO) aircraft apprehended an Indonesian Fishing vessel (FV) Saudara Bahgia, with 39 Indonesian crew, on 30 Oct 17 in position 70 nm South of Indira Point. The vessel which was operating in Indian waters without legitimate fishing permit was escorted to Campbell Bay. On 02 Nov 17 the fishing vessel was handed over to Indonesian ship KRI Imam Bonjol i.a.w the Standard Operating Procedures for CORPAT. 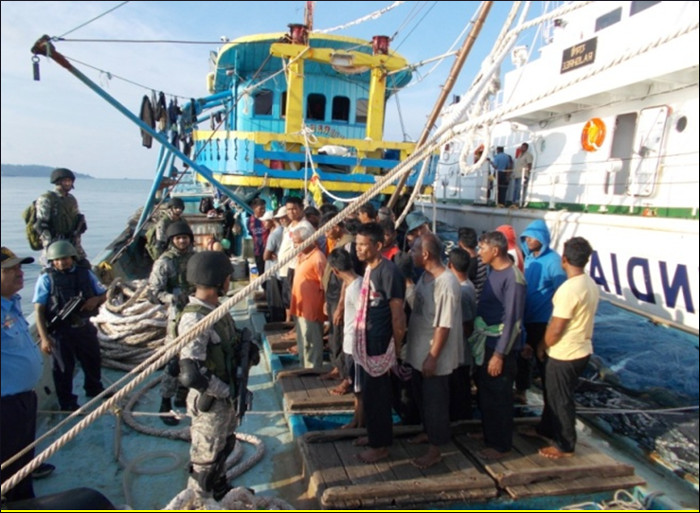 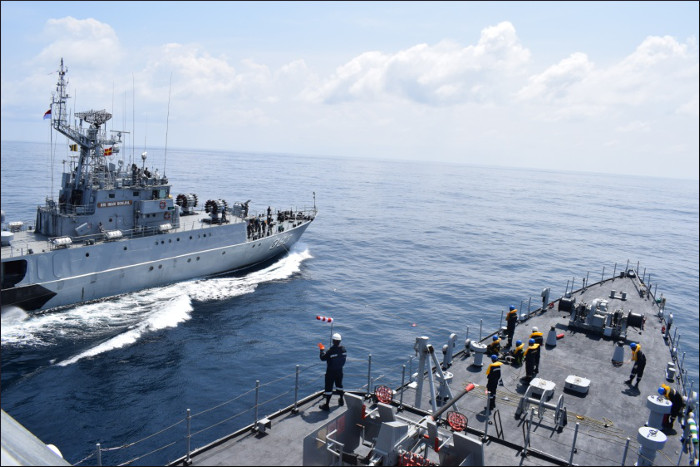 (d) IN ship Gomati was deployed for PSM in the Persian Gulf and the Strait of Hormuz from 01 – 18 Oct 17. The ship undertook Operational Turnaround (OTR) at Muscat, Oman from 05 - 07 Oct 17 and fuelling with IN Tanker Aditya on 14 Oct 17 during the deployment.