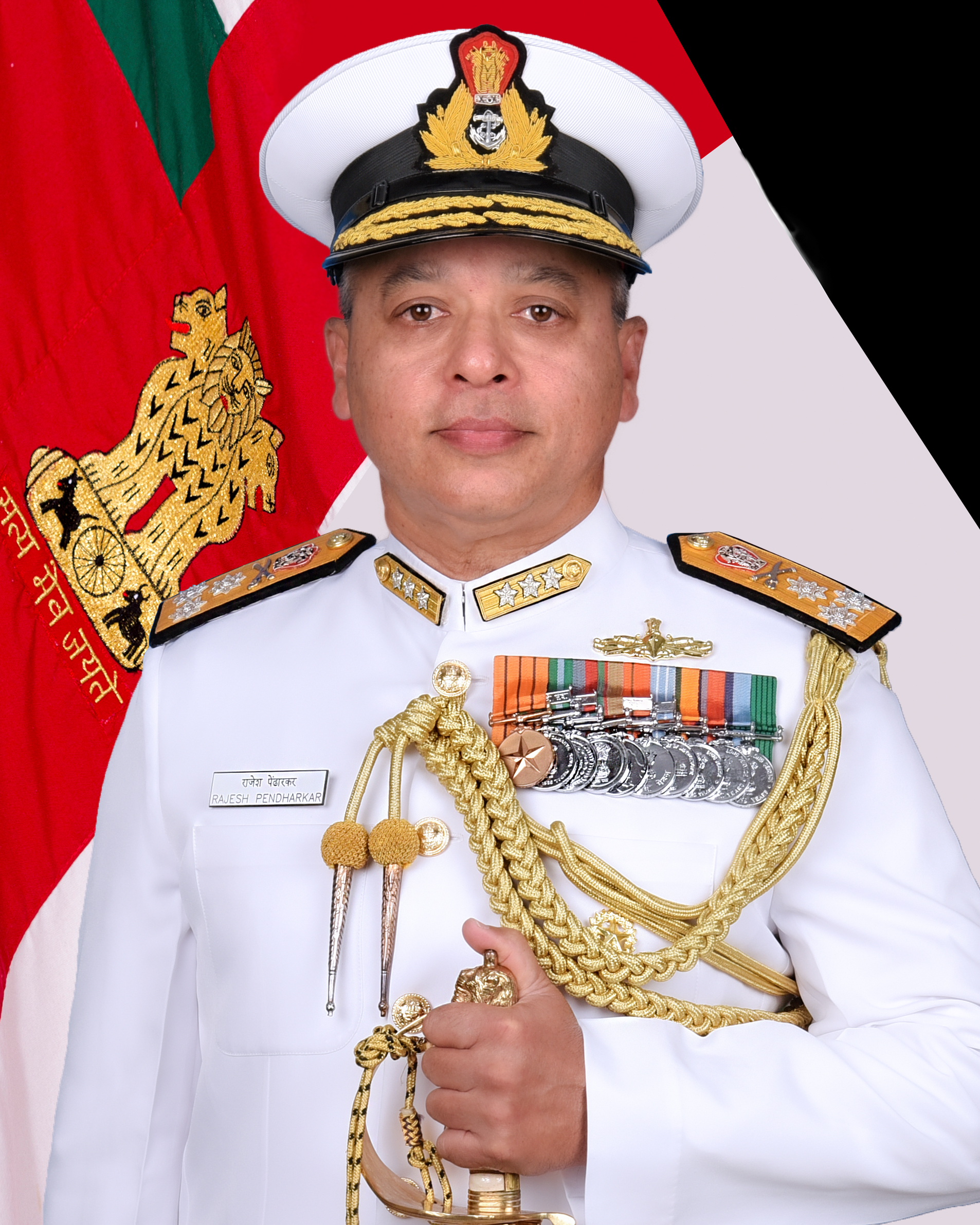 Vice Admiral Rajesh Pendharkar, AVSM, VSM assumed the charge as the Director General Naval Operations on 01 Jun 2021. He is an alumnus of the National Defense Academy (69th Course, Golf Squadron) and was commissioned into the Indian Navy in Jan 1987.

His early assignments include tenures as Watch-Keeping Officer on the Landing Ship INS Magar, commissioning crew of the Off Shore Patrol Vessel INS Subhadra at Masan, South Korea, Flag Lt to the Flag Officer Commanding Maharashtra Naval Area and Instructor at the National Defence Academy. Consequent to his qualification as an Anti-Submarine Warfare specialist, he tenanted assignments as ASW Officer of IN ships Dunagiri and Ganga, and Analysis Officer, Weapons Analysis Unit.

He is a graduate of the Defence Services Staff College, Wellington, Naval War College, Karanja, and Naval Command College, Newport, Rhode Island, USA. He holds a Masters Degree in Defence and Strategic Studies. On promotion to the rank of Rear Admiral in Feb 2016, he was appointed as the Assistant Chief of Integrated Defence Staff (Int – A) at HQ IDS, New Delhi, and subsequently as the Chief Staff Officer (Operations) in Headquarters, Western Naval Command and as the Flag Officer Commanding Maharashtra Naval Area. The Flag Officer is a recipient of the Ati Vishisht Seva Medal and Vishisht Seva Medal for distinguished service.

He is married to Sandhya Rao and they have a 23 years old son, Rishab, who is a graduate in Game Development and is presently working in Toronto, Canada.