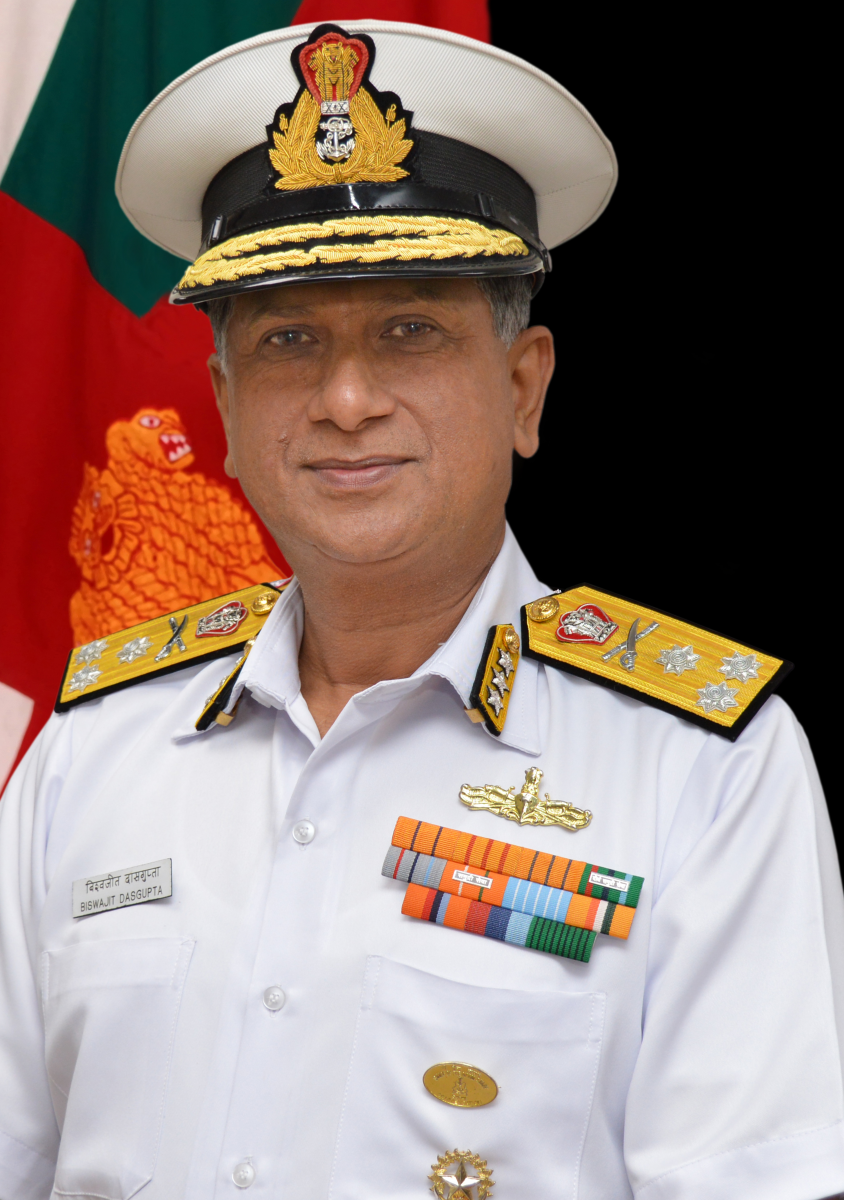 Vice Admiral Biswajit Dasgupta is an alumni of National Defence Academy. He was commissioned into the Indian Navy in 1985 and specialised in Navigation and Direction in 1991.

He has commanded INS Nishank, Karmuk as the commissioning CO, Tabar and Viraat.

He is a graduate of the Defence Services Command and Staff College, Bangladesh, the Army War College, Mhow and the National Defence College, New Delhi. He holds two Master’s degrees in Nautical Sciences and Defence Studies and two M Phil Degrees in Defence and Strategic Studies/ Management.

The Flag Officer assumed his present appointment as Controller of Personnel Services on promotion to Vice Admiral on 02 Aug 2018.

He is married to Mrs Sarbani Dasgupta, they have a son, Rohan who is an Engineer, currently pursuing MBA (Marketing) from SIBM, Pune.