INS Tarangini, a Sail Training Ship of the Indian Navy, departed Kochi for Lokayan, a seven month long voyage to Europe with the theme of ‘Sailing through different Oceans and Uniting Nations’. The ship will visit 15 ports in 13 countries, covering a distance of more than 15,000 nautical miles. She will be participating in the culmination ceremony of the Biscay Tall Ship race at Bordeaux, France and also take part in a Tall Ship race starting from Sunderland, United Kingdom. Nine officers, 40 sailors and 150 cadets will be taking part in the voyage. Up to 30 foreign trainees are also expected to embark the ship during various legs. 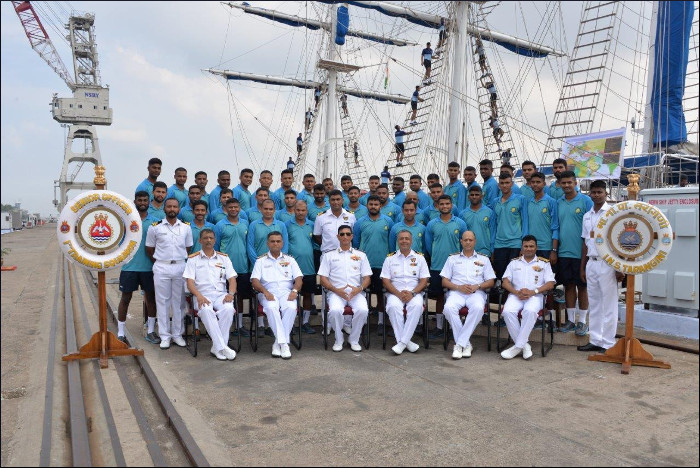 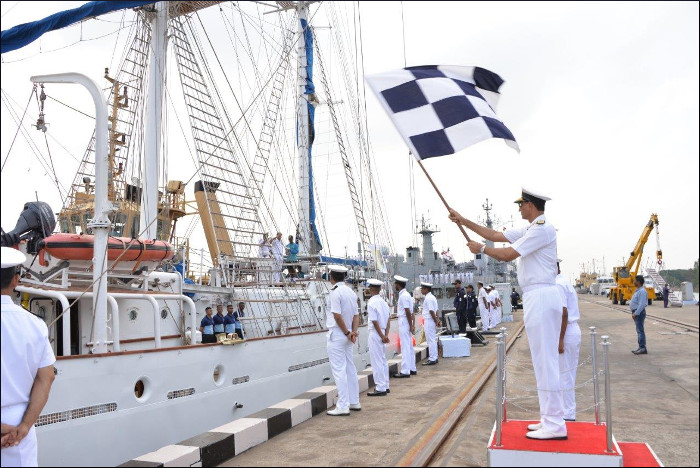 The ship was ceremonially flagged off by Vice Admiral AR Karve, PVSM, AVSM, Flag Officer Commanding-in-Chief, Southern Naval Command from the Naval Base, Kochi on 10 April 2018. 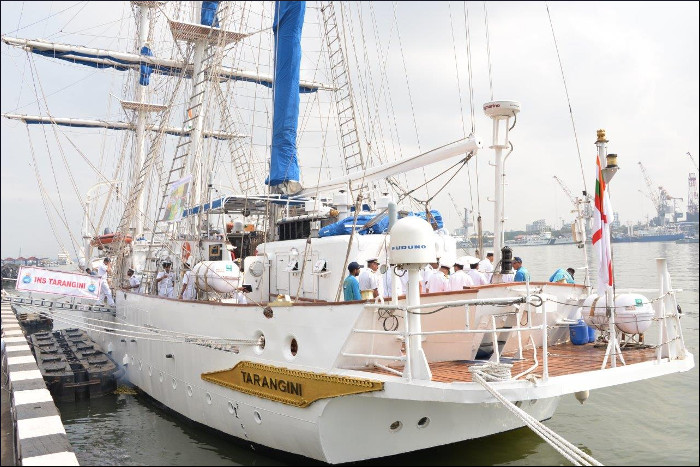 INS Tarangini is Indian Navy’s first Sail Training Ship (STS). She was built in Goa Shipyard and commissioned on 11 Nov 97. The name Tarangini is derived from the Hindi word ‘Tarang’ meaning waves; thus Tarangini means ‘the one that rides the waves’. The ship is a three-masted ‘Barque’ and is square rigged (i.e. sails are perpendicular to the centreline) on the fore and main mast; and fore and aft rigged (i.e. sails are along the centreline) on the mizzen mast. 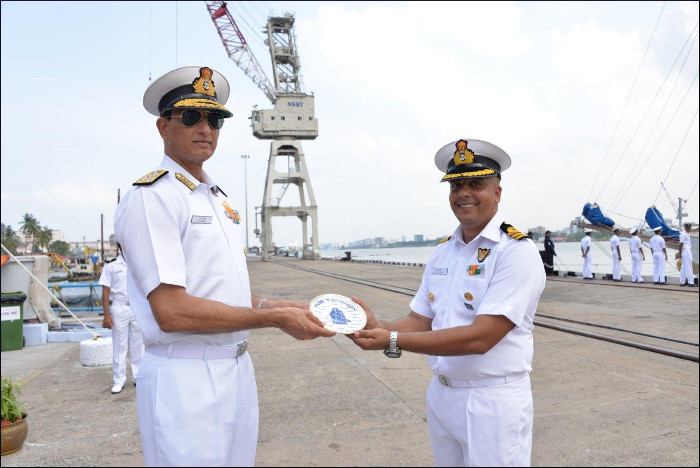 The vessel has a steel hull, with an aluminium deckhouse and teak wood deck and interiors. She carries 20 sails, with a total sail area of almost 10,000 square feet. The ship has excellent endurance and can remain at sea continuously for a period of over 20 days. She has a complement of five officers and 35 sailors as permanent crew, and can also accommodate and impart sail training to 30 cadets.

The primary role of the ship is to foster the time honoured values of courage, camaraderie and endurance in officer trainees embarking on a naval career. She provides an ideal setting for experiencing the natural elements of wind and waves, by imparting seamanship training, which includes setting and furling of sails, watch-keeping and sail manoeuvres such as tacking and gybing. The ‘Tall Ship’ community believes that training on board these ships is the best method of instilling among the trainees the indefinable ‘sea-sense’ and respect for the elements, which are inseparable from safe and successful seafaring.

INS Tarangini is the only commissioned ship of the Indian Navy to have circumnavigated the globe; the feat was achieved in 2003-04. Over the years, the ship has been extensively deployed over long periods away from her base port and has also participated in Tall Ship races on four occasions. During these races, the ship brought laurels to the country by winning the class races, first amongst all participating naval ships and being awarded a special award for travelling the farthest from the home port to participate in Lokayan-04. The ship, with her illustrious past, has set the example and still strives to imbibes the spirit of adventure and love for nature in its trainees.