In pursuance of India’s Act East Policy and demonstration of India’s commitment to peace and stability in the Indo-Pacific Region, Indian Naval Ships Satpura and Kadmatt are visiting Sasebo, Japan from 12th to 15th October 2017. The visit of these ships is part the Indian Government’s initiatives to strengthen the long standing, mutually supportive and strong relationship between Japan and India. This historic relationship spans across the entire spectrum of engagement between both countries – cultural, spiritual, economic and security. 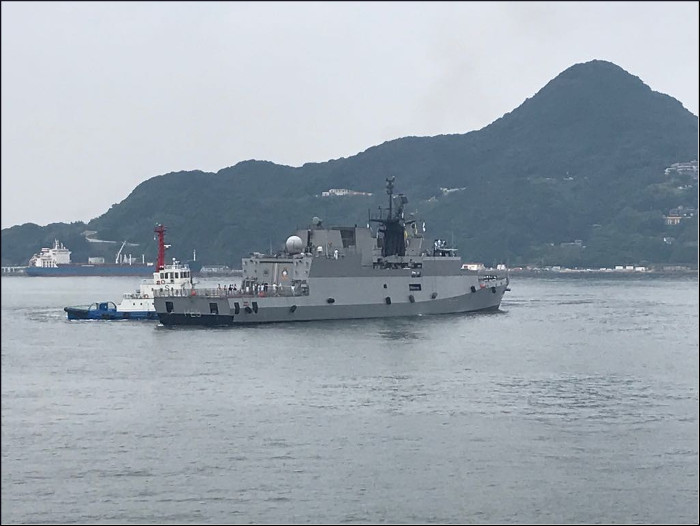 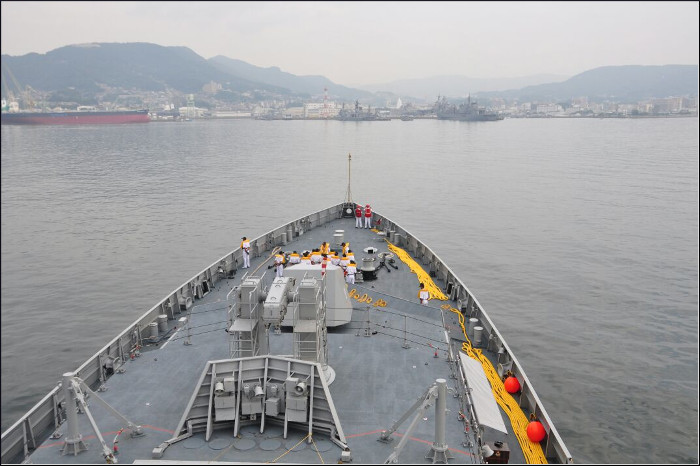 The visiting Indian Naval ships will engage with the JMSDF in formal calls, as also professional, social and sporting interactions. After completion of the harbour phase, the ships will take part in Passage Exercise (PASSEX) with the Murusame Class destroyer, JS Kirisame. 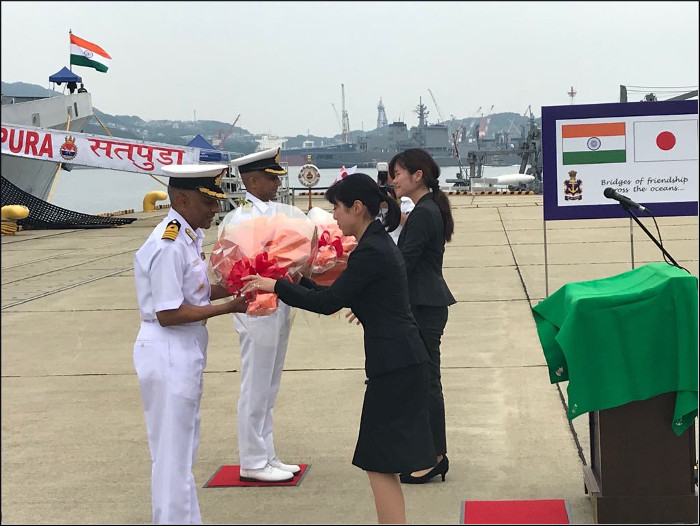 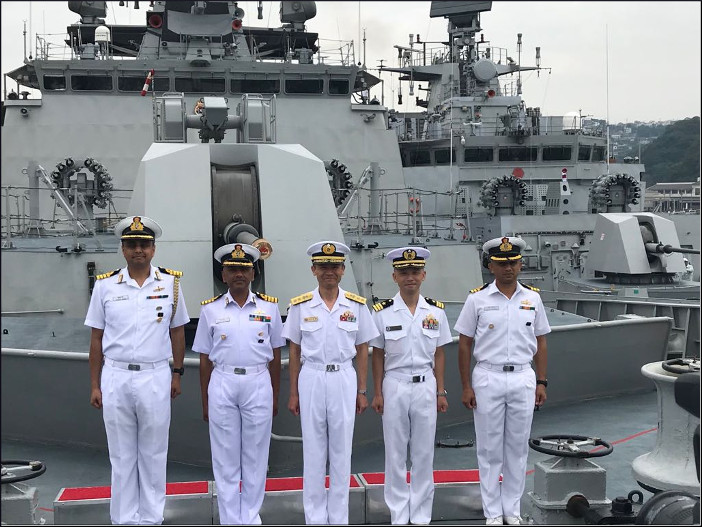 Since the first ‘Navy to Navy Staff Talks’ between the two nations in November 2008, naval ties have reached new heights with bilateral and multilateral exercises and enhanced cooperation in information sharing, meteorology and oceanography, disaster management and military training. The defence and security interaction between both countries has since expanded to encompass a Defence Policy Dialogue and a Maritime Affairs Dialogue. 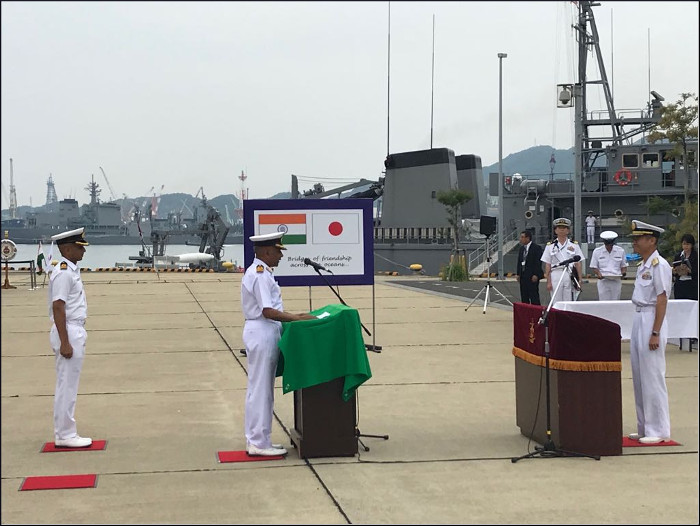 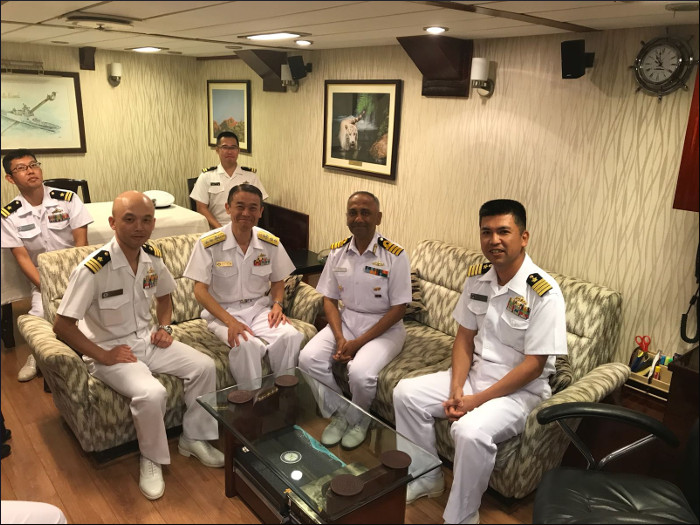 Regular bilateral and multilateral maritime exercises have been the foundation for strong naval relations. The erstwhile Japan – India Maritime Exercise (JIMEX) led to Japan participating in the ‘MALABAR’ exercise (a tripartite naval exercise between India, the US and Japan) since 2014. JMSDF Ships Izumo and Sazanami participated in the recently concluded edition of Ex MALABAR off Chennai. Both navies have participated in each other’s International Fleet Reviews (IFR) by deputing ships and high level delegations – while INS Sahyadri participated in the IFR at Yokosuka in October 2015, JS Matsuyuki participated in the IFR at Visakhapatnam in February 2016. 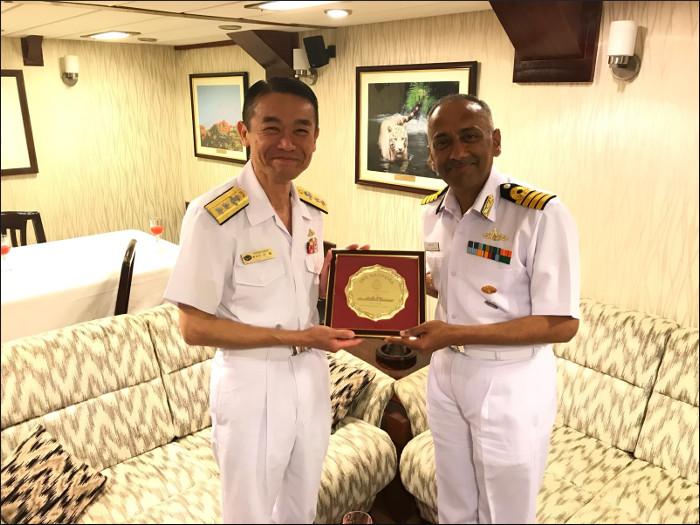 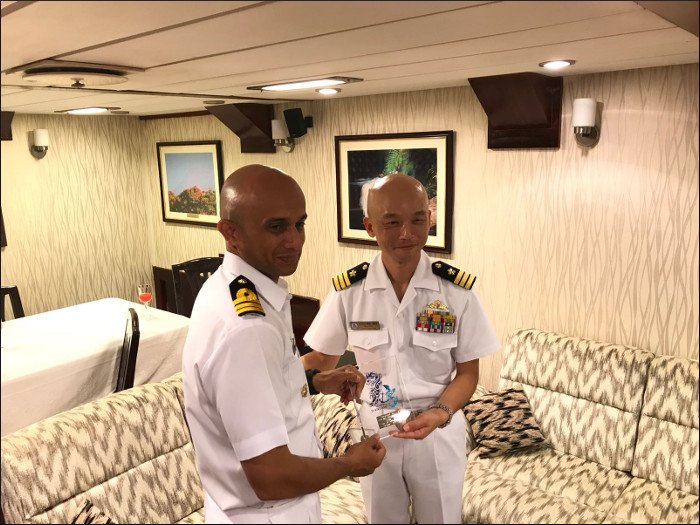 The Indian Navy and JMSDF also have strong bilateral defence training cooperation, including at very senior levels. Further, in order to enhance interoperability and understanding, seminars and short term exchange programs are conducted regularly in both countries with participation from both navies. This exchange has expanded to sporting interaction in the form of JMSDF participation in the annual international Admiral’s Cup Regatta at the Indian Naval Academy for the first time in 2016. India looks forward to continued participation from the JMSDF and an invitation has been extended for the 2017 edition as well.

Both navies look forward to enhanced cooperation in the fields of military technology, white shipping, training, intelligence sharing, humanitarian assistance and disaster relief and exchange of subject matter experts in various fields. With relations between both countries at an all time high and more avenues under consideration, the future looks promising with safer sea lanes and highly modernised navies helping in fulfilling each other’s obligations.