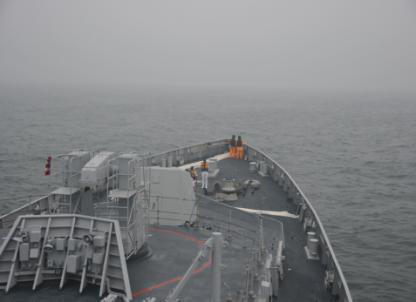 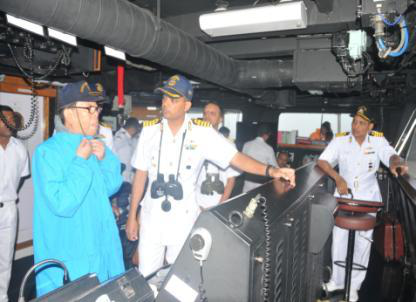 In a demonstration of India’s ‘Act East’ policy and Indian Navy’s increasing footprint and operational reach, Indian Naval Ships Sahyadri, Shakti and Kirch under the Command of the Flag Officer Commanding Eastern Fleet, Rear Admiral S V Bhokare, YSM, NM have arrived on 21 Jun 16 at Busan on a four day visit, as part of deployment of the Eastern Fleet to the South China Sea. 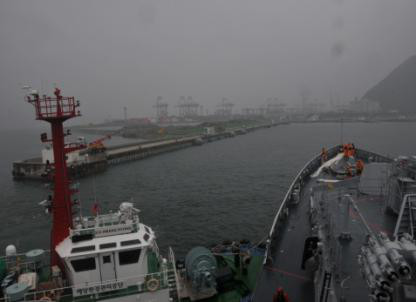 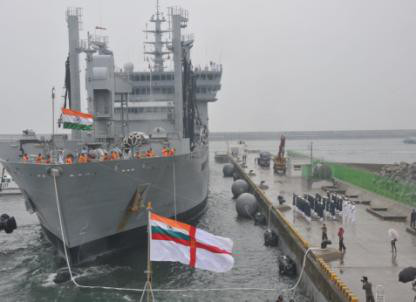 During the visit, the IN ships will have professional interaction with the Republic of Korea (ROK) Navy towards further enhancing co-operation between the two forces. In addition, calls on senior Government and military authorities, sporting and cultural interactions and sharing of best practices, aimed at strengthening ties and mutual understanding between the two Navies, are also planned. The visiting IN ships are also likely to conduct exercises with the ROK Navy, aimed at enhancing interoperability in communication as well as Search and Rescue procedures, post departure from Busan. INS Sahyadri is commanded by Captain K S Rajkumar, INS Shakti is commanded by Captain Gagan Kaushal and INS Kirch is commanded by Commander Sharad Sinsunwal.

Bilateral relations between India and Republic of Korea are characterised by historical and cultural contacts dating back to ancient times. The enduring philosophy of the Lord Buddha, which has influenced the lives and thoughts of people of the two countries, also provides a strong link. The close relationship between India and RoK has been reinforced in modern times by political and economic imperatives. Traditionally close bilateral relations were given an impetus with the visit of President, Her Excellency Park Geun-hye to India in January 2014 and reciprocal visit by Hon’ble Prime Minister Shri Narendra Modi to Korea in May 2015. Bilateral trade and economic cooperation between the two countries has been forging ahead steadily and has progressed leaps and bounds in recent years. Both countries have signed a Comprehensive Economic Partnership Agreement, with special emphasis on shipbuilding and electronics hardware manufacturing.

Defence and Security relations between India and Republic of Korea have evolved steadily over the years and have received a renewed impetus with the visit of Indian defence delegation led by Defence Minister in April 16. Subscription to training courses, participation in multi-lateral seminars/forums, reciprocal port visits, high-level delegations and training exchanges have bolstered naval cooperation between the two countries. In addition, both countries have forged ties in the field of military R&D, with MoU signed between Indian Defence Research and Development Organisation (DRDO) and the Defence Acquisition Programme Administration (DAPA) of RoK. The last visit by an IN ship to Republic of Korea was in October 2015, when Sahyadri berthed at Incheon.

The current visit seeks to enhance maritime cooperation between the Indian Navy and the ROK Navy. It will further bolster the strong bonds of friendship between India and Republic of Korea and contribute to security and stability in this vital part of the world.