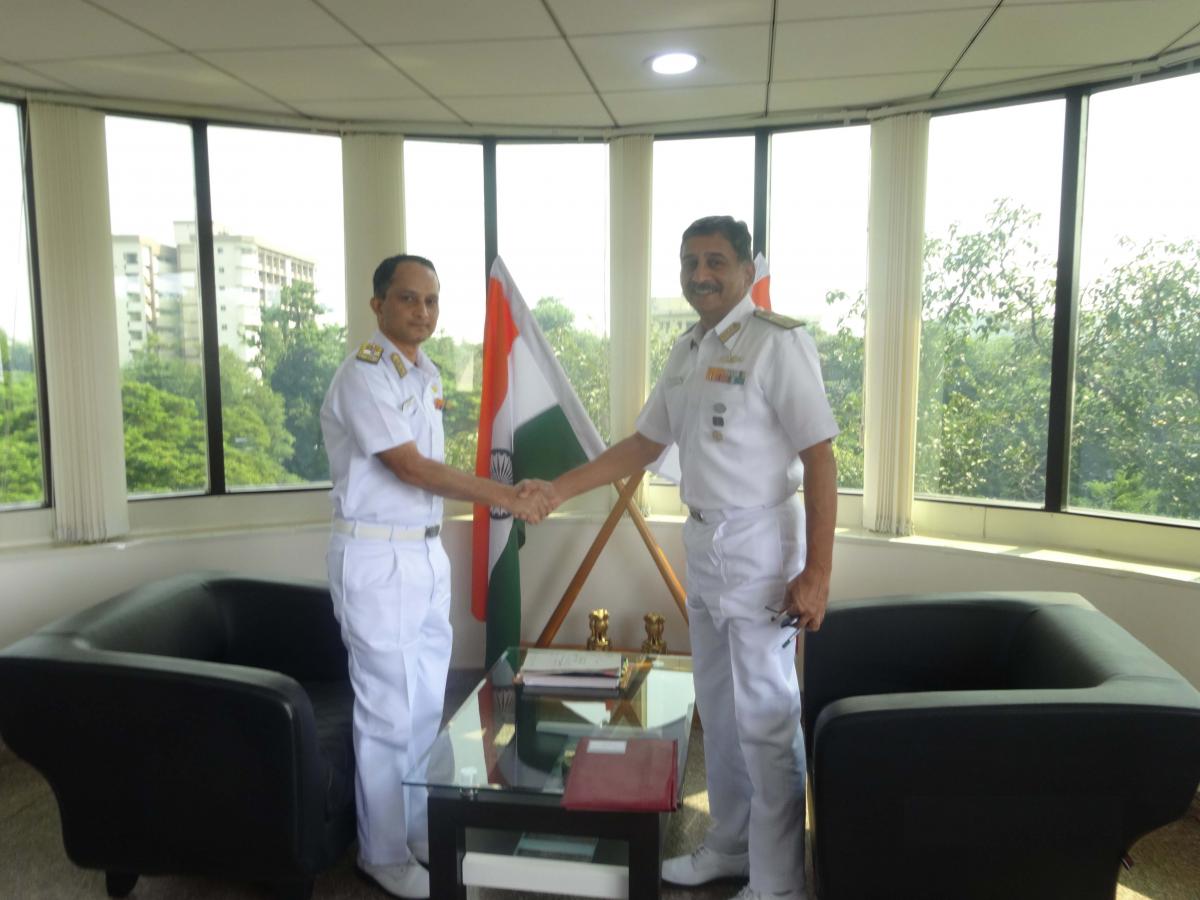 Vice Admiral SR Sarma was commissioned into the Indian Navy as an Electrical Officer in August 1983 and holds a Master degree in Computer Science and Engineering. The Flag Officer is an alumnus of the Naval War College, Mumbai. He has held various important appointments in the Indian Navy including Operational, Staff, Dockyard and Research and Development. His afloat appointments include tenures onboard frontline warships Mysore, Krishna, Rana and Vindhyagiri.

The Admiral is a recipient of the Ati Vishisht Seva Medal and Vishisht Seva Medal for his distinguished service. Prior to this appointment, the Flag Officer served as the Assistant Chief of Material (Information Technology & Systems) at Integrated Headquarters, Ministry of Defence (Navy) at New Delhi, Admiral Superintendent, Naval Dockyard, Visakhapatnam and Chief Staff Officer (Technical), Eastern Naval Command.

Vice Admiral DM Deshpande, AVSM, VSM, who was at the helm of affairs at DGNP, Visakhapatnam for last twenty one months, is now proceeding to New Delhi to assume duties of the Controller of Warship Production & Acquisitions, Integrated Headquarters, Ministry of Defence (Navy), wherein he will steer the production and acquisition of the Ships and Submarines of the Indian Navy.