In continuation with the many social and welfare activities that Navy engages in, as part of its community outreach programme, and as a precursor to the Navy week Celebrations 2016, goodwill services were carried out by Naval Institute of Aeronautical Technology (NIAT) in association with Naval Wives Welfare Association (NWWA), Southern Region in the Don Bosco ‘Sneha Bhavan’, Palluruthy and ‘Valsalya Bhavan’, Ponnurunni on 20 and 21 Oct 16 respectively. 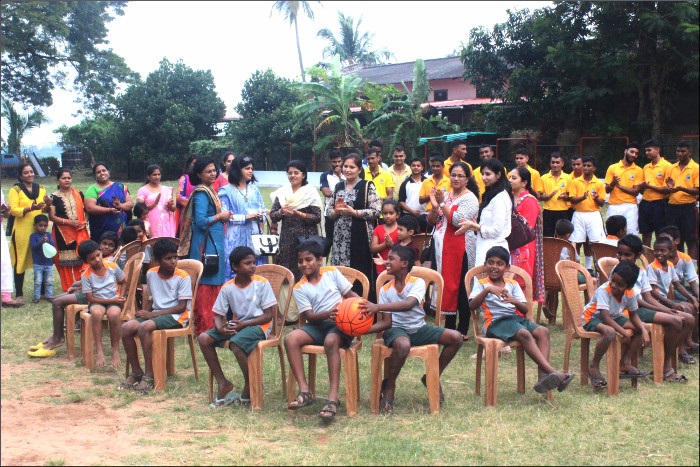 Telegames organised by Naval officials for the children of Snehabhavan, palluruthy

The team from Southern Naval Command undertook a slew of activities towards improving the existing facilities at the two Homes. The work rendered such as cleaning, maintenance of the area and surroundings as well as painting of fixtures and furniture ensured that the buildings got a much needed facelift. 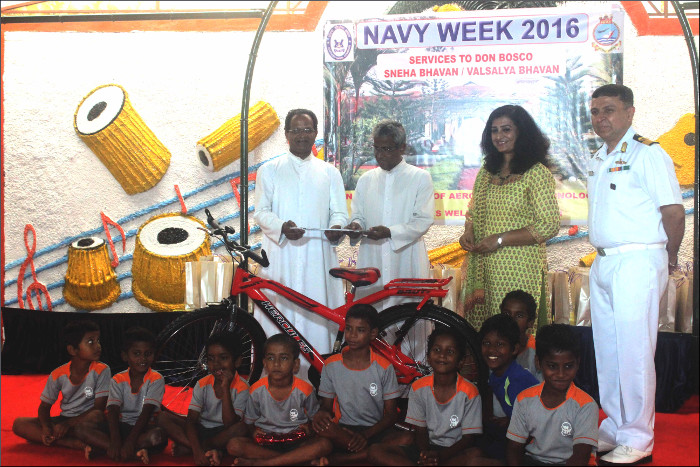 Gifting of Bicycle to children of Snehabhavan, palluruthy

At Sneha Bhavan, the services included replacement of Bathroom doors, provision of Vinyl Coating for all dining hall furniture, provisioning and fitment of 06 new ceiling fans for the Children’s study room. A friendly football match and telegames were conducted where in around 90 children participated. Mrs Madhumati Hampiholi, Co-ordinator, NWWA (Southern Region) gave away prizes to the children. Amenities including a Bicycle, Sports Items, housekeeping items and personal hygiene kits were also distributed to the children. 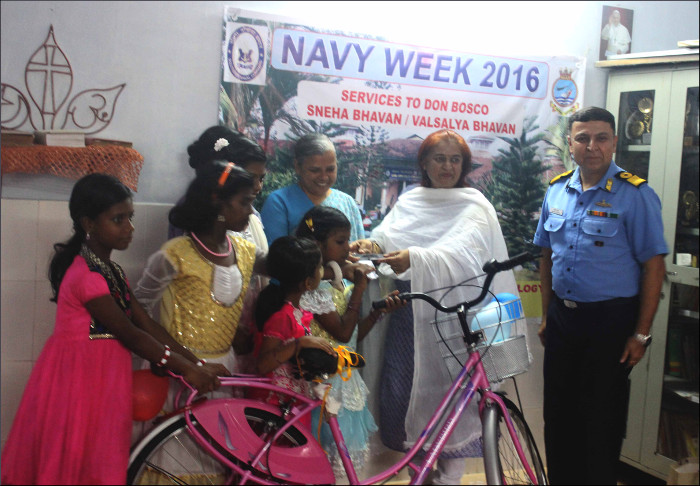 Handing over gifts to children of Valsalya Bhavan, Ponnurunni

Don Bosco Sneha Bhavan is a registered charitable society founded in 1974 in cooperation with the city Municipal Cooperation of Kochi to rehabilitate Children and youth found on the street while the Valsalya Bhavan is full time shelter home and rescue centre for destitute girls and girls caught up in various traumatic situation and is operating under the Don Bosco Welfare Society and Corporation of Kochi.