The Joy of Giving Week, known as ‘Daan Utsav’, was celebrated at Indian Navy Signal School commencing 02 Oct 16. In view of the encouraging response from the Naval units at Kochi, it was extended into a ‘Joy of Giving Month’. The School’s initiative provided Naval personnel at Kochi an opportunity to experience the ‘joy of giving’ by contributing to fulfill the wishes of disadvantaged children residing at “Janaseva Sisubhavan”, Aluva.

Men and women of the Indian Navy who were keen to contribute were made to pluck ‘Wish Cards’ from a ‘Wish Tree’, and thereafter pledge their contributions. On receipt of their contributions, the Wish Cards which concealed a “smiley” on its opposite face were turned over to replace the wish with smiley on the tree. One-by-one, all wishes were fulfilled, with the Wish Tree displaying only smiling faces. The activity was symbolic of the endeavour of bringing smiles on the faces of the children of Sisubhavan.

Established in 2009, the Daan Utsav (as the joy of giving week has been christened), is celebrated between 2nd (coinciding with the Gandhi Jayanti) to 8th October every year to encourage people from all walks of life to donate/ contribute towards improving the life of the lesser privileged members of the society. The concept of Joy of Giving Wish Tree is a popular event in this festival. First undertaken in 2014, this was the third such effort by the Indian Navy’s Signal School. 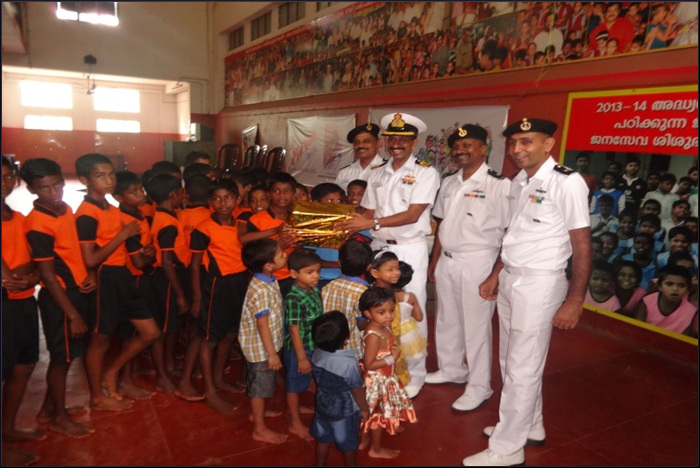 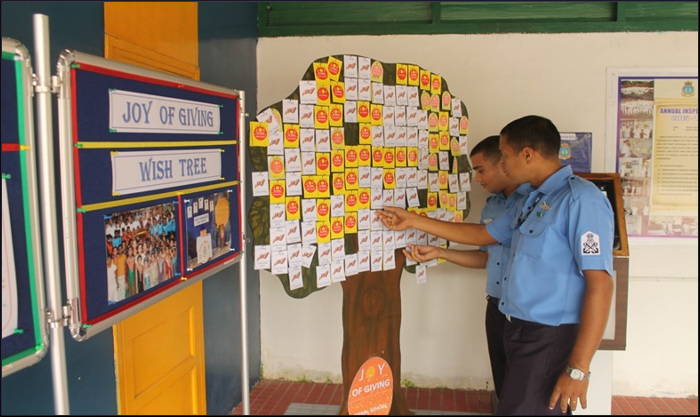