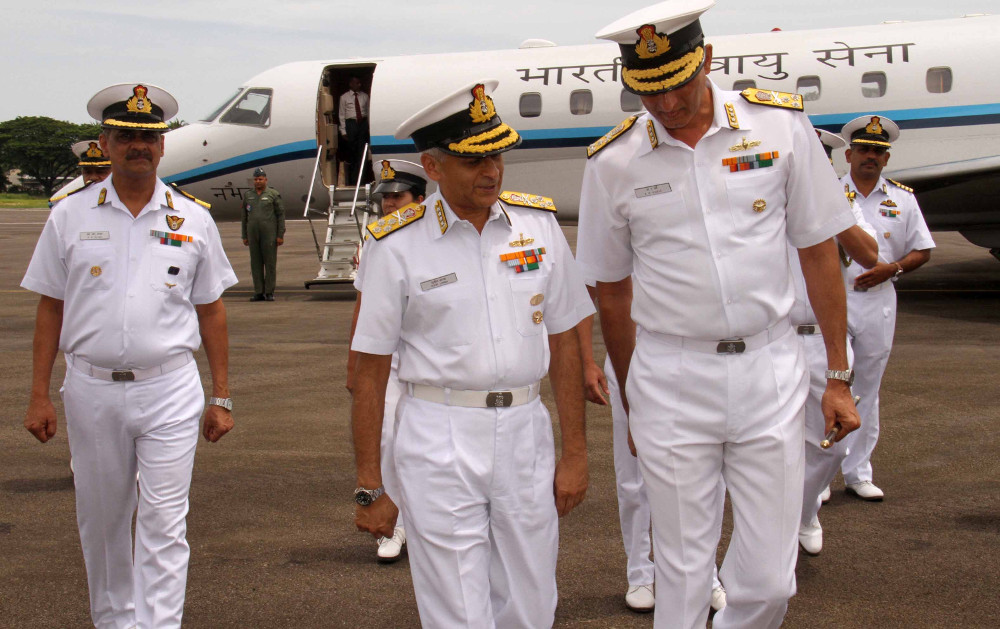 CNS being received by Vice Admiral A R Karve

The Chief of the Naval Staff Admiral Sunil Lanba, PVSM, AVSM, ADC is on a two day official visit to Kochi from 26 to 27 Jul 16. He was received by Vice Admiral AR Karve, AVSM, the Flag Officer Commanding-in-Chief, Southern Naval Command, at naval air station, INS Garuda on 26 Jul 16 and was presented a 50 men guard of honour. 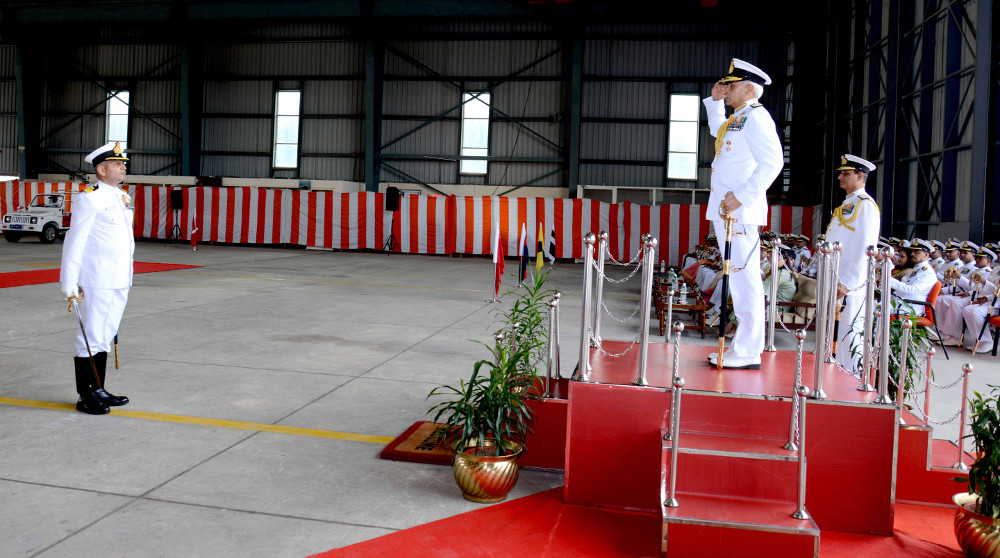 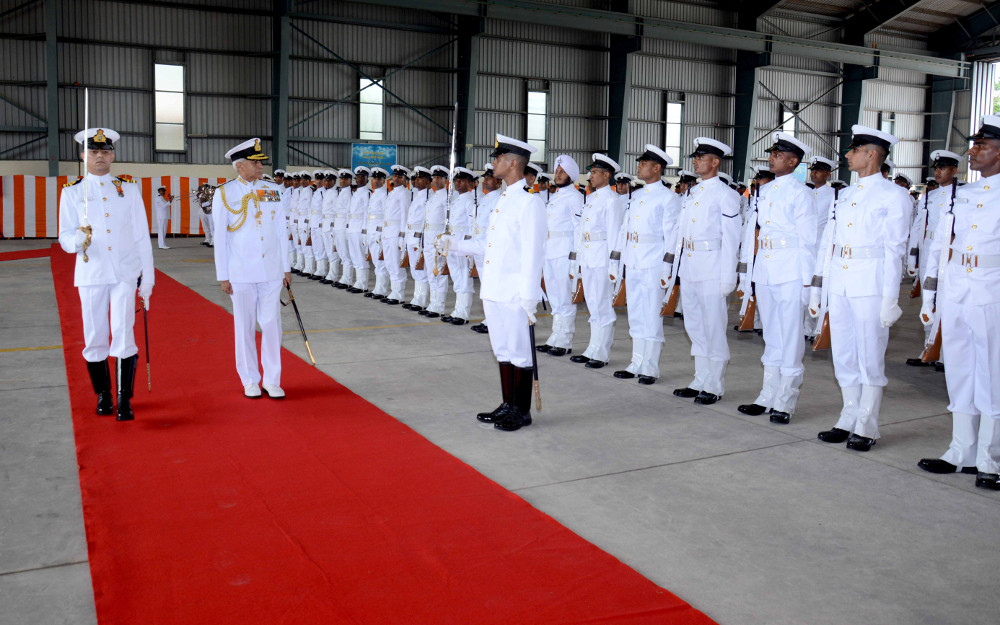 During his maiden visit to Southern Naval Command after taking over the helm of Indian navy, Admiral Lanba would be interacting with the officers and men including the defence civillians of SNC to share his vision for the navy. The Admiral would also be visiting INHS Sanjivani, the largest military hospital in Kerala which has been recently approved for upgradation to super speciality hospital by the government and would review the preparatory activities there. 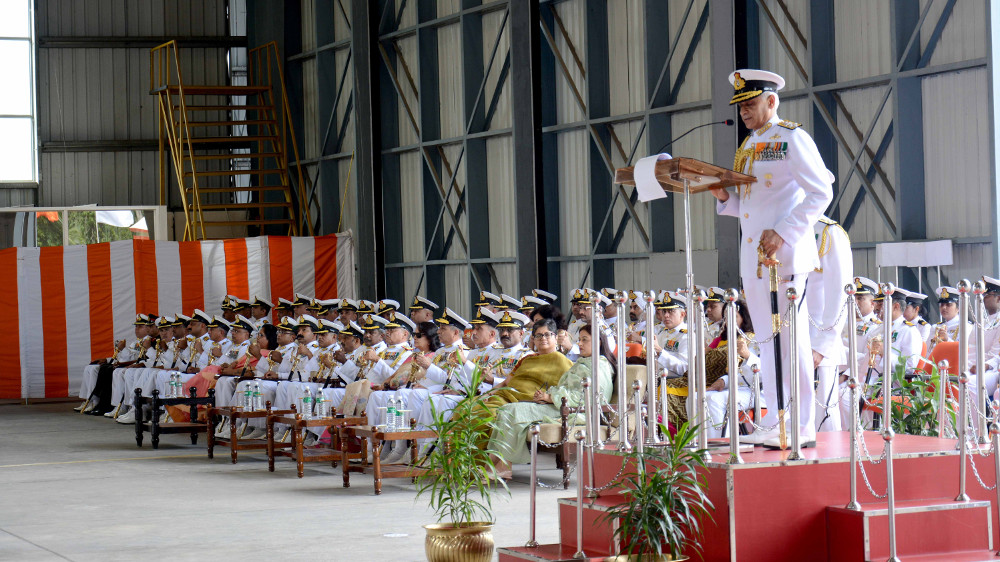 The Admiral is accompanied by Mrs Reena Lanba, President, Naval Wives Welfare Association (NWWA), who would be reviewing the welfare activities being undertaken by NWWA (southern region). The Admiral would depart Kochi on 27 Jul 16.