Fleet ‘A’ wins Mass Swimming Competition ‘Jal Taran’ at ENC:- The mass Swimming Competition, ‘Jal Taran-2017-18’, was conducted by INS Circars under the aegis of Headquarters, Eastern Naval Command (ENC) on 09 March 2018.  The aquatics event which aims  to enhance the physical fitness of naval personnel and inculcate competitive team spirit had the enthusiastic participation where in 60 personnel each from Local Ashore, Fleet ‘A’, Fleet ‘B’, Submarines and Naval Officer-in-Charge(Andhra Pradesh) teams took part in a keenly contested competition. Rear Adm Deepak Kapoor, Chief Staff Officer ENC was the Chief Guest on the occasion and gave away the prizes and awarded the trophies to the winning individuals and teams. 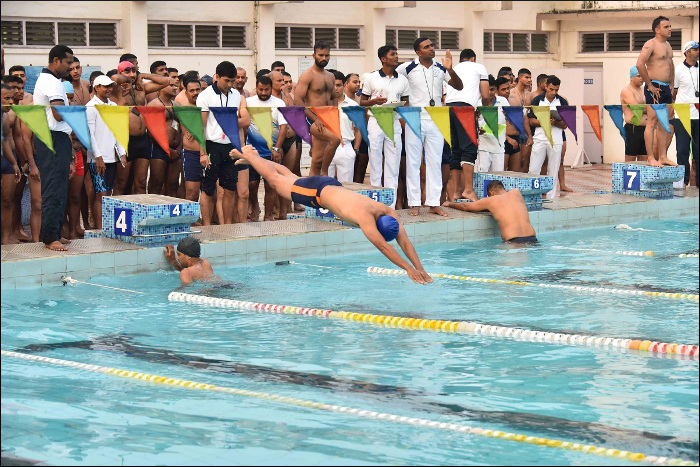 This is one of the most sought after events in the Command and is competed by all teams with josh and fervour.  The competition included three races, the first being a relay championship which was a mass swimming event with participation from different age groups, followed by two individual events of a 100 mtrs and  50 mtrs freestyle open race for the above 50 years of age. The event was competed by all participants in true sportsman spirit.  ‘Local Ashore’ team  was  adjudged as the runners up while Fleet- ‘A’ team was declared the winners in the relay race. 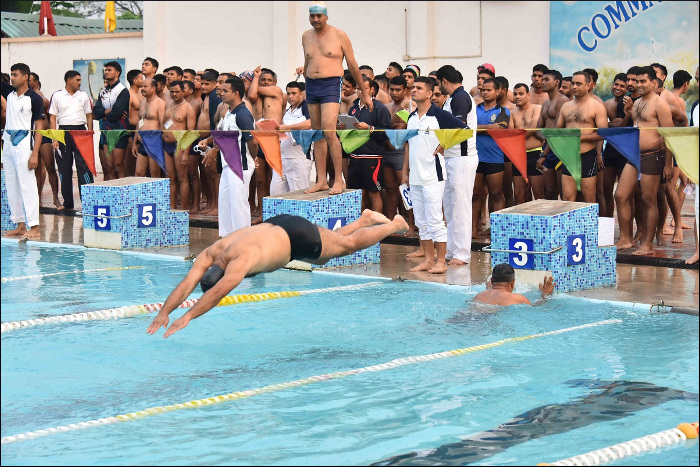 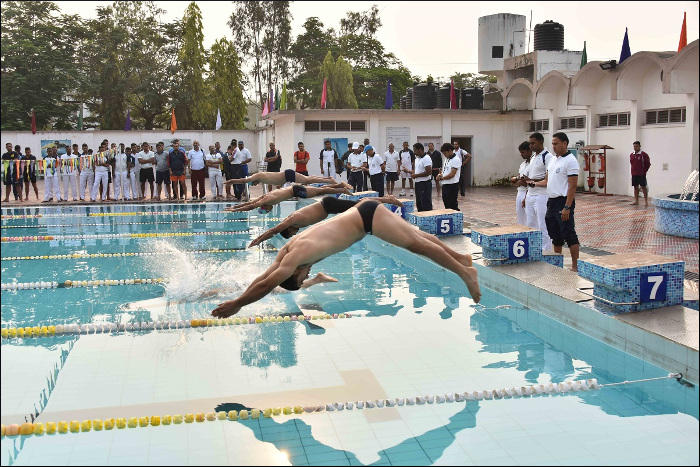 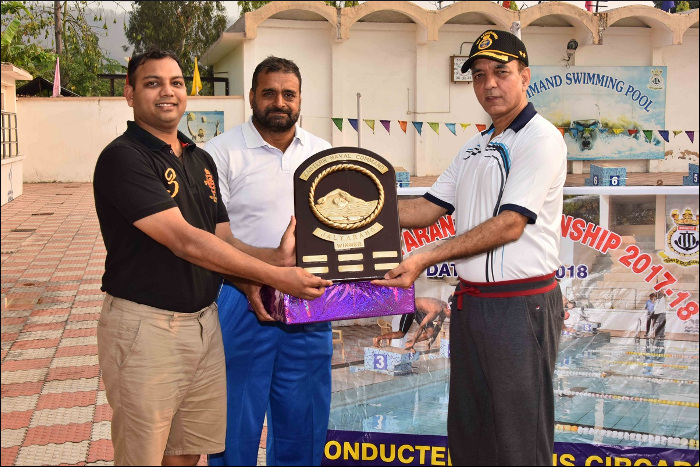 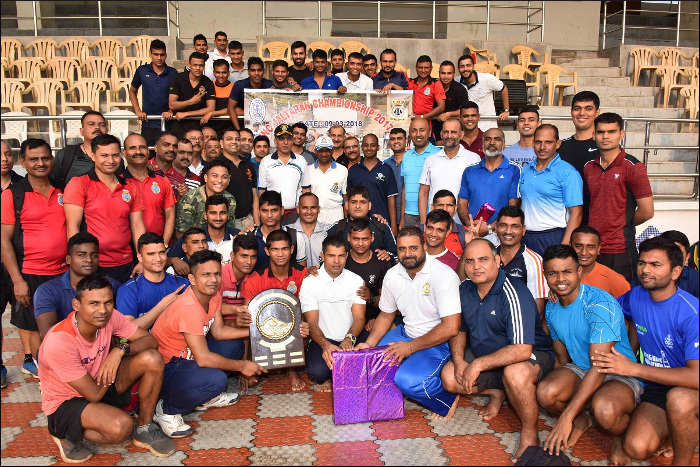 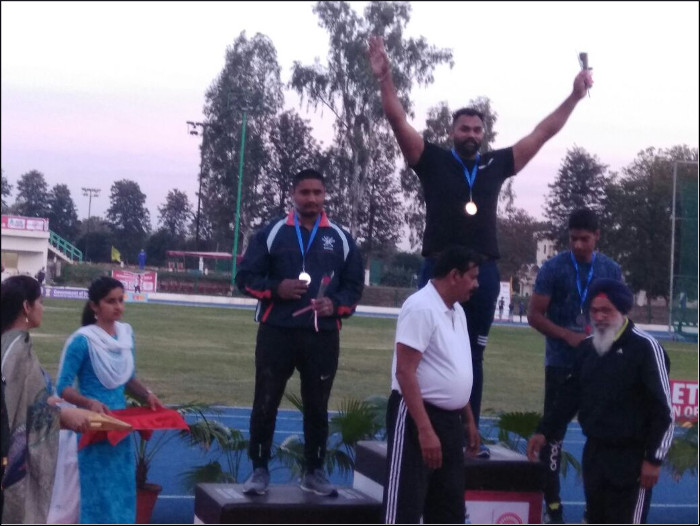 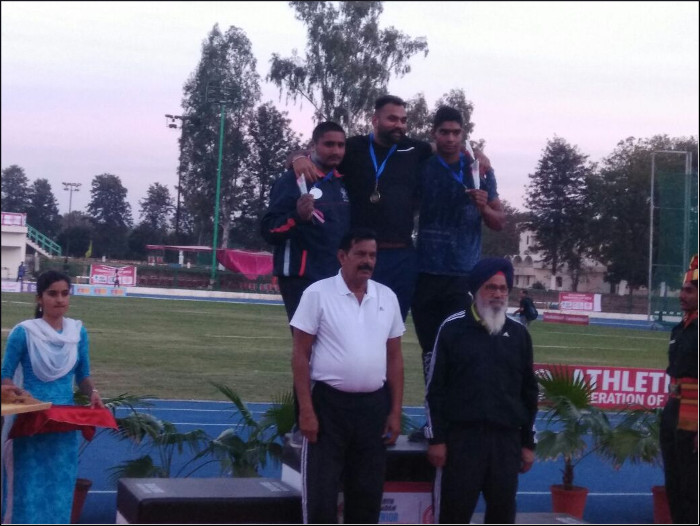 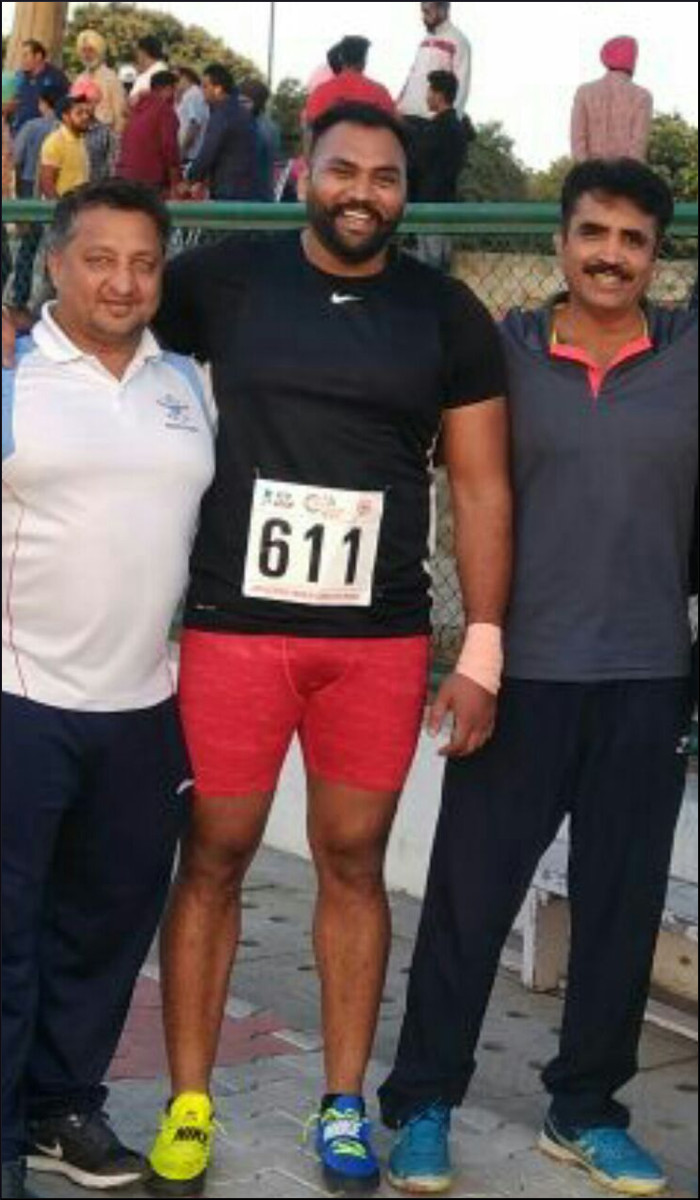 Civilian Athletic Championship at Naval Base, Kochi :- The 38th Athletic Championship for Defence Civilian Employees of Southern Naval Command (SNC) for the year 2017–18 was conducted at naval base Kochi from 07 - 09 February 2018. Rear Admiral R J Nadkarni, VSM, Chief of Staff, SNC who was the Chief Guest for the closing ceremony on 09 February 2018, presented medals and trophies to the meritorious participants. 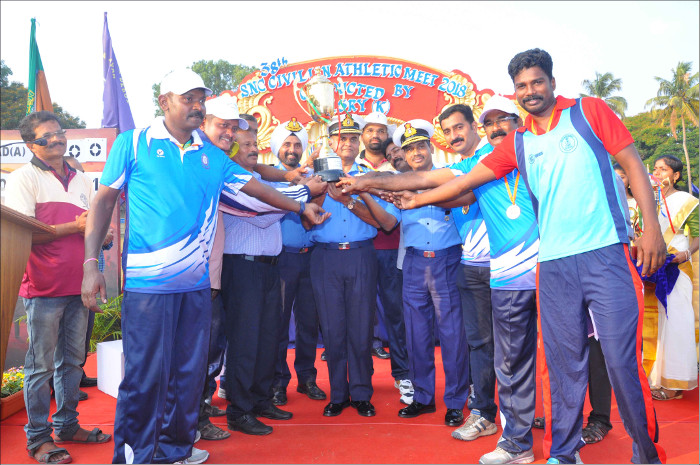 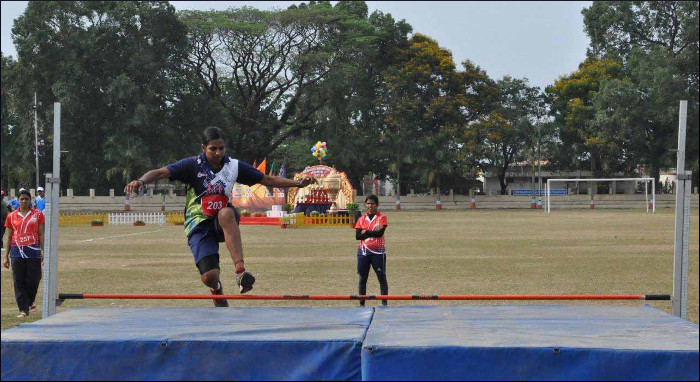 An enthralling performance by the Naval Band and March past by all contestants were the highlights of the closing ceremony in which Shri Sharfias of INS Zamorin and Smt Akhila Mol of NAD, Alwaye won the best Athlete award in the men’s and women’s category respectively.

Earlier, Vice Admiral A R Karve, PVSM, AVSM, Flag Officer Commanding-in-Chief, SNC had presided over the opening ceremony on 07 February 2018.The annual athletic championship is one of the many activities regularly undertaken at Naval Base, Kochi towards improving morale and motivation amongst its personnel.

Sports Olympiad Held at ENC :- Eastern Naval Command Olympiad for Service and Defence Civilian personnel and their families was held at ENC Command Stadium near INS Satavahana on 11 February 18. The event comprised eight different disciplines juxtaposing the conventional games like athletics, volleyball, basketball and handball with navy specific Jal Tarang, Walkathon, Tug-of-War and other innovative and fun-filled Tele-games, conducted concurrently at different venues. The six teams included squads from the Fleet, Flotilla, Submarines, Ashore Units, Defence Civilians and the Defence Security Corps.  Each game witnessed participation of over 120 men, women and children vying for the honors. The sports fields presented a vibrant environment for all age group participants and their supporters to engage in healthy competition generating excellent team spirit. The Olympiad was held on a knock-out basis. The Eastern Fleet emerged the overall winners while the Headquarters led ashore team were the runners up. 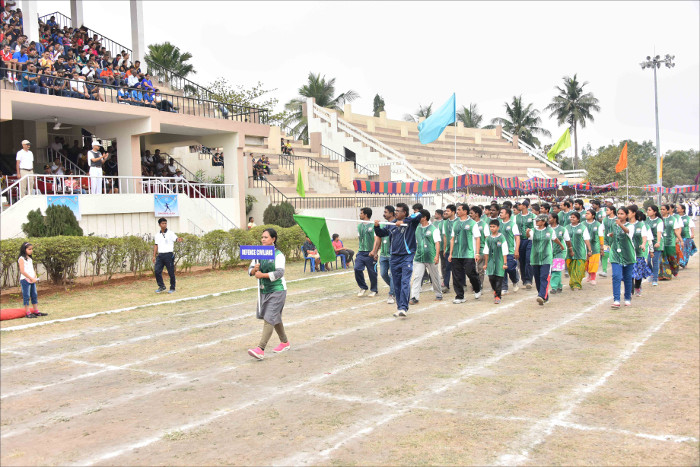 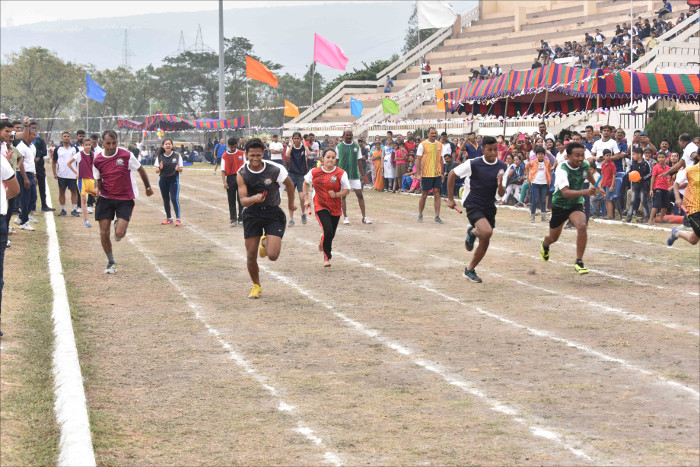 Vice Admiral Karambir Singh PVSM, AVSM, Flag Officer Commanding-in-Chief, Eastern Naval Command was the Chief Guest on the occasion and gave away prizes to the winning teams. Congratulating the winners, the C-in-C emphasized the need for maintaining physical fitness and participation in sports by individuals from all age groups as these have substantial contribution to the well-being of community. 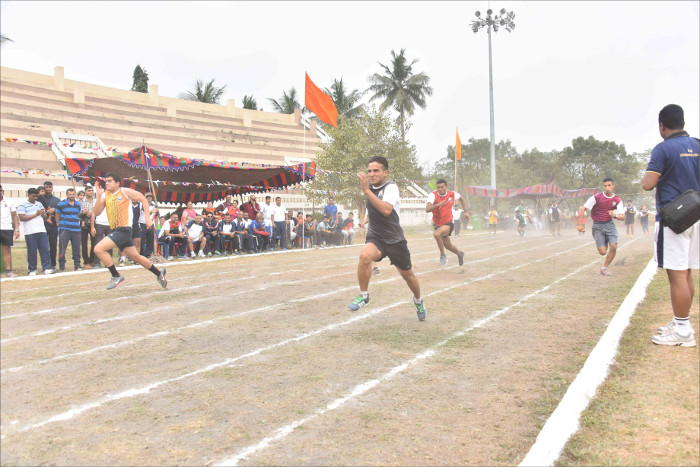 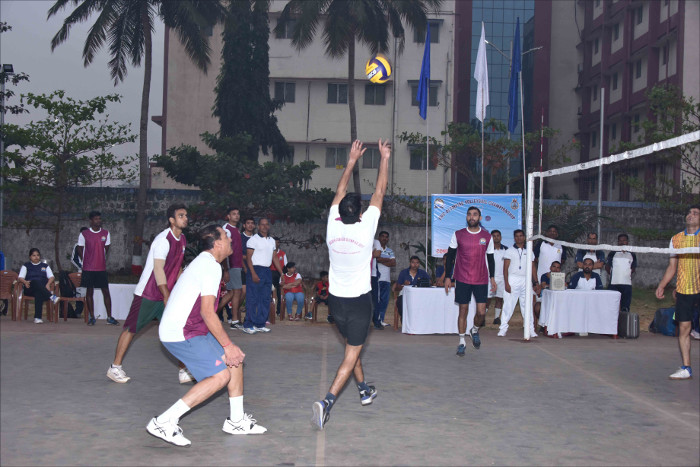 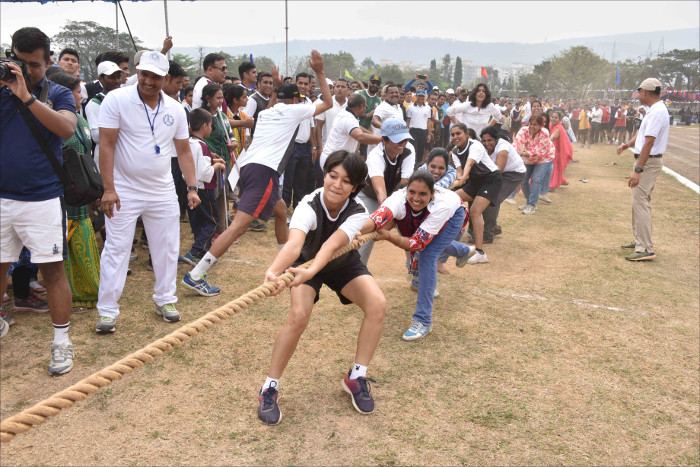 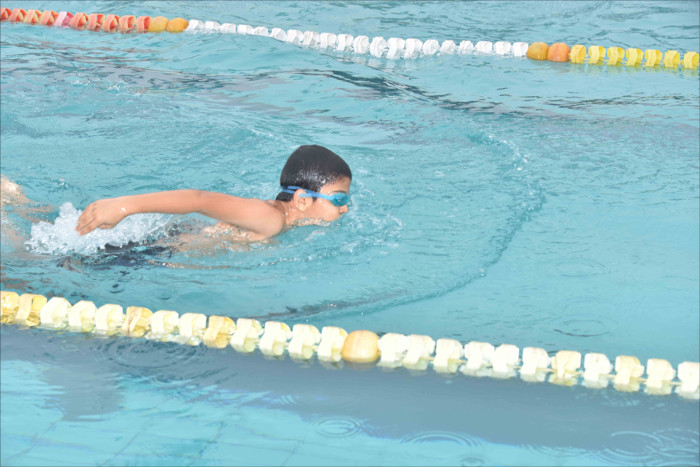 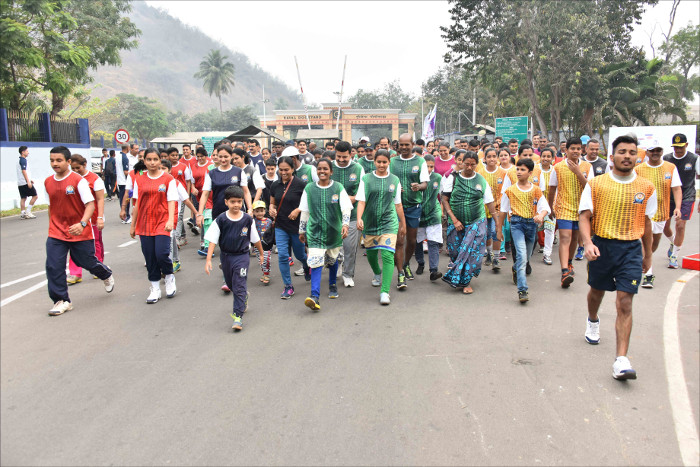 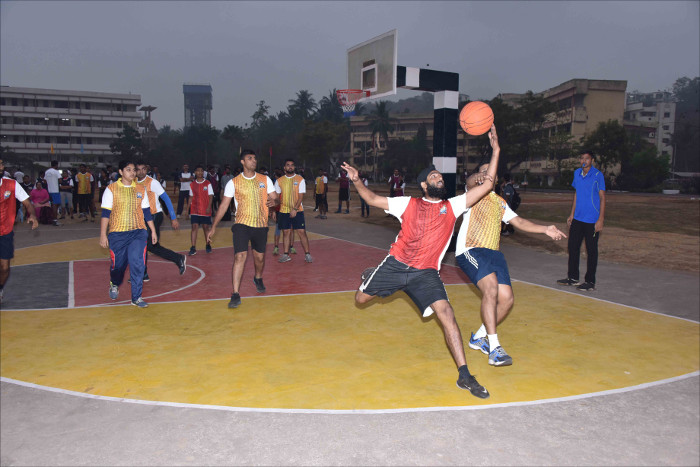 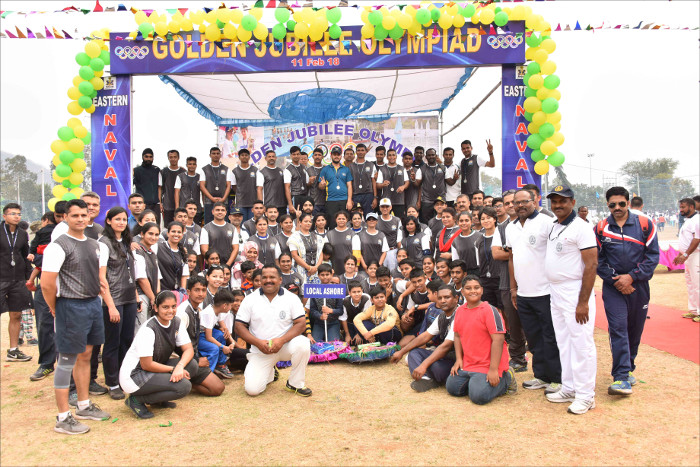