Visit of Admiral Sunil Lanba, Chairman, Chiefs of Staff Committee and Chief of the Naval Staff to France 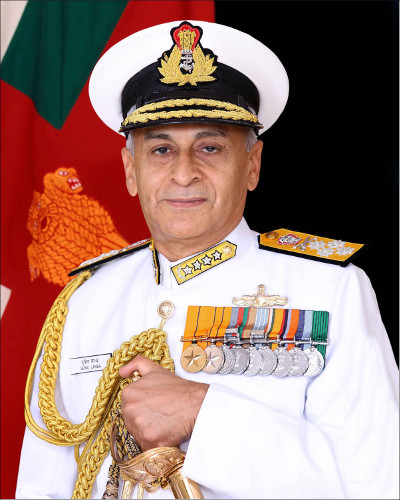 Admiral Sunil Lanba, Chairman, Chiefs of Staff Committee and Chief of the Naval Staff is visiting France on a bilateral visit from 05 to 10 November 2017. The visit aims to consolidate cooperation between the Armed Forces of both India and France and also to explore new avenues of defence cooperation.

India and France have traditionally maintained close and friendly relations. The two countries established a Strategic Partnership in 1998, thereby significantly enhancing bilateral cooperation in strategic areas such as defence, nuclear energy and space. The Defence relationship between the two countries has been one of mutual trust and confidence. India has been importing critical defence technologies from France the latest being the Rafale fighter aircraft for the Indian Air Forces and the Scorpene submarines for the Indian Navy.

The Indian Navy cooperates with the French Navy on many issues, which include operational interactions such as the VARUNA series of bilateral exercises, training exchanges, exchange of White Shipping Information and Subject Matter Experts in various fields through the medium of Staff Talks.Warships from Indian Navy have been regularly visiting ports at France, with IN ships Mumbai, Trishul and Aditya making port call at Toulon from 24 to 27 April 2017. The French Navy ship Auvergne, a FREMM Class Frigate, also visited the Indian Naval Base at Karwar from 02 to 06 October 2017.

The Indian Army and Air Force also maintain robust cooperation with the French Army and Air Force. The Indian Army conducts the biennial exercise SHAKTI with the French Army, whilst the Indian Air Force conducts the GARUDA series of exercises annually. Both the Services also carryout exchanges of Subject Matter Experts and pursue a structured cooperation mechanism through the medium of Staff Talks of their respective Services.