Vice Admiral AR Karve, AVSM took over charge as the Flag Officer Commanding-in-Chief of the Southern Naval Command (SNC) from Vice Admiral Girish Luthra, AVSM, VSM today, 29 May 16.  An impressive ceremonial parade was held at the Naval base on the occasion which was followed by the traditional ‘Pulling Out’ ceremony in which the outgoing Commander-in-Chief, Vice Admiral Girish Luthra was ceremonially pulled out in a jeep by Flag Officers and Commanding Officers of ships and naval establishments of Kochi, amidst emotional ‘Jai’- ‘Jai’ by the men of SNC.
Earlier in the day, Vice Admiral Karve laid wreath at the War Memorial, prior to assuming command, as a tribute to the thousands of martyrs who had fought for the country. The Flag Officer, a native of Maharashtra, had arrived in Kochi on 28 Jan 16. 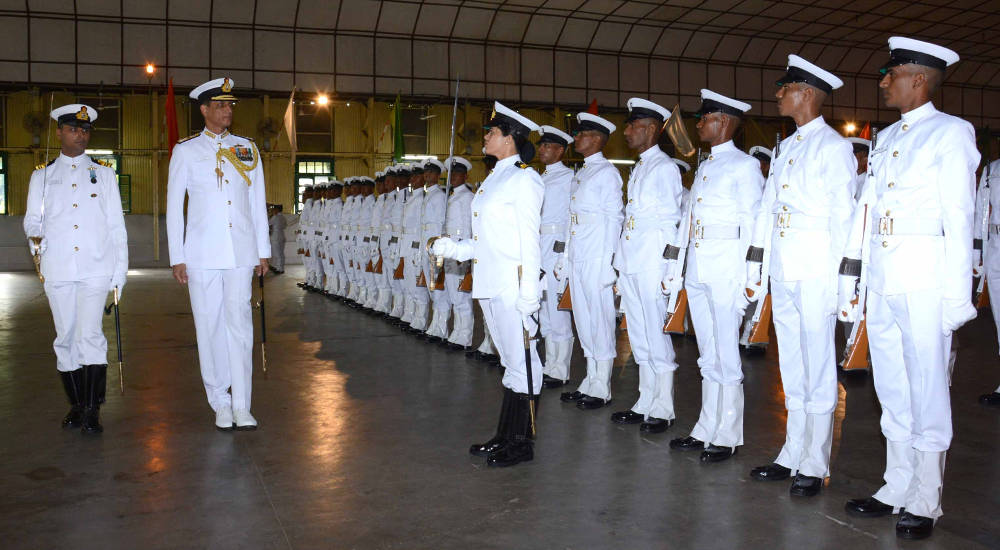 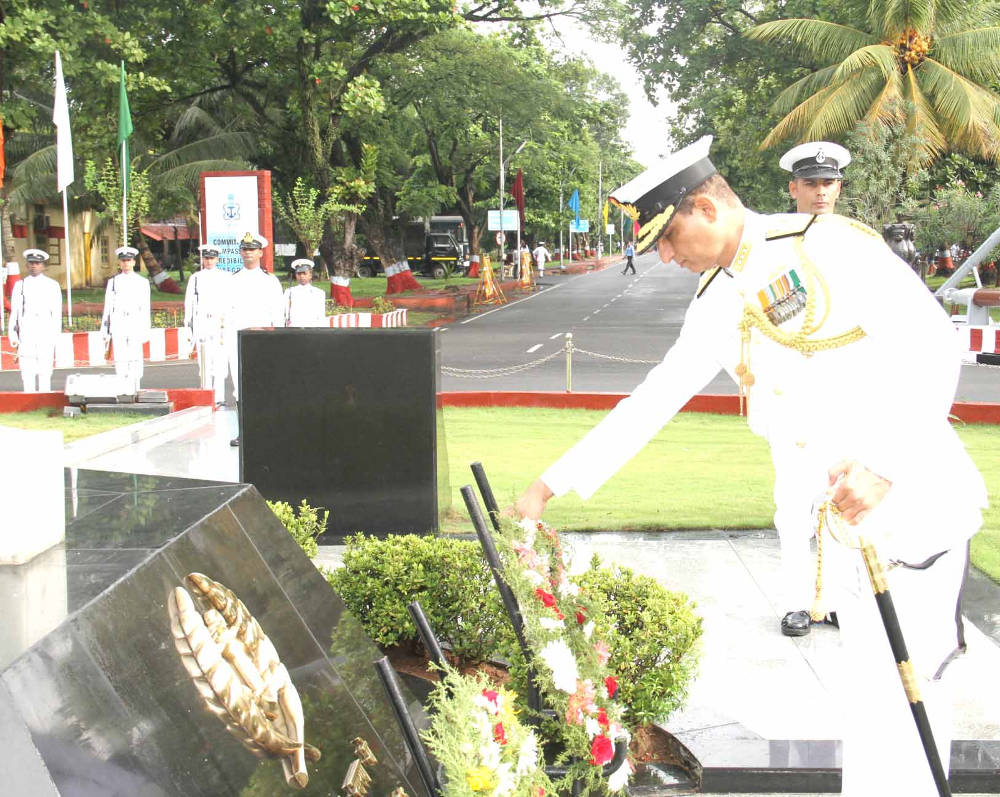 In his farewell address Vice Admiral Luthra appreciated the synergy that exists in the Southern Naval Command without which operations and training cannot be successful. He thanked the men and women of the SNC for the unstinted support he received during his tenure. The Parade was witnessed by many senior officers, men and families of SNC. 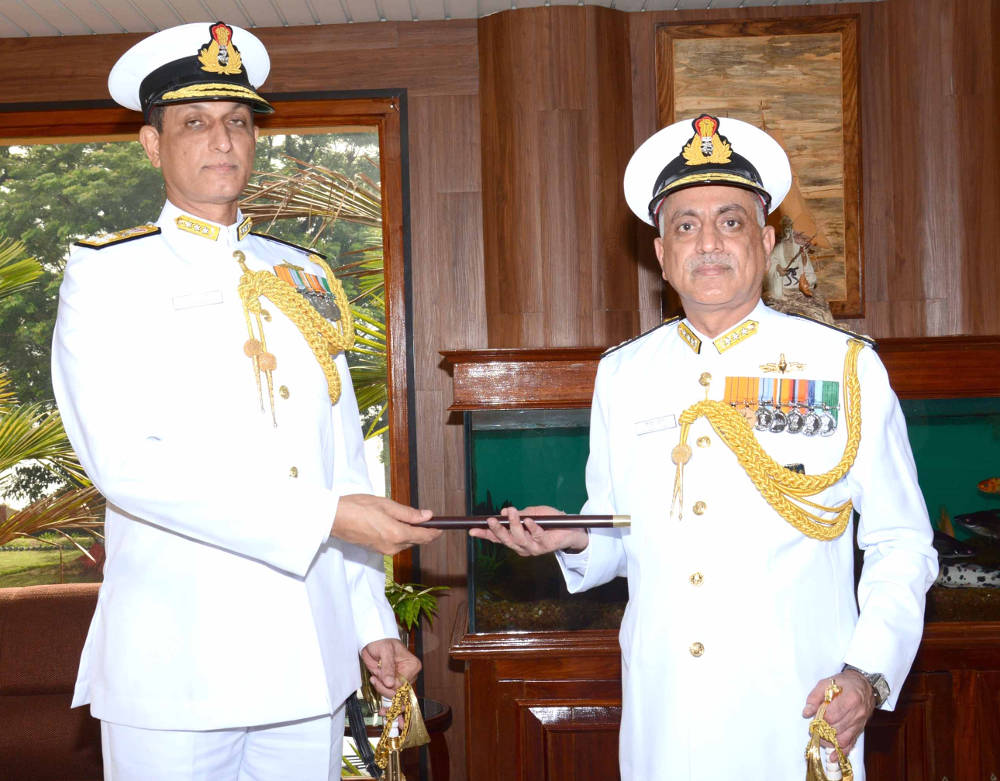 Exchange of baton between the outgoing and incoming Commanders-in-Chief 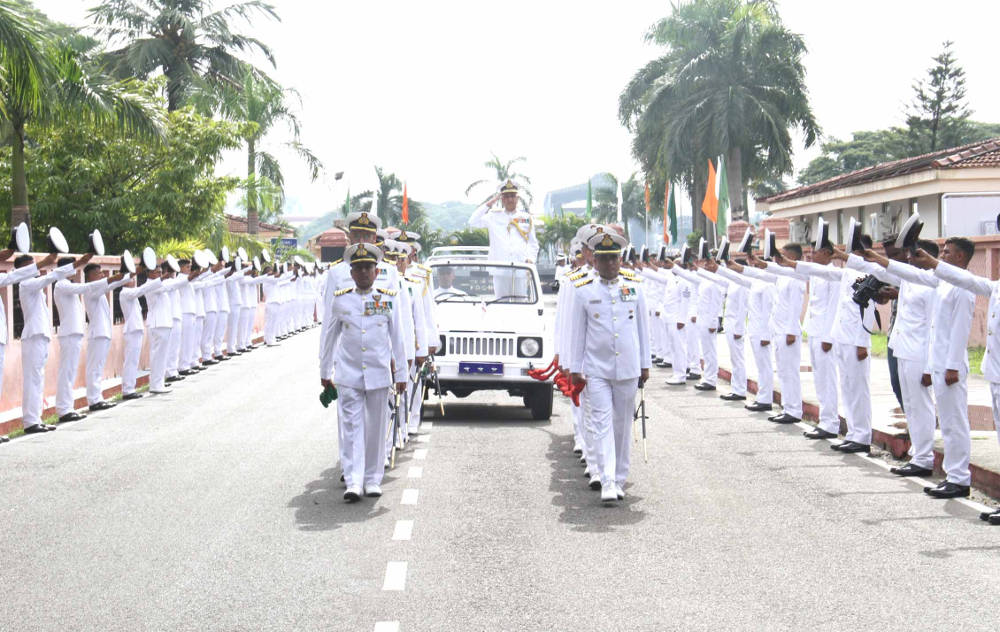 Vice Admiral Girish Luthra will now assume the charge of the Flag Officer Commanding in Chief, Western Naval Command  at Mumbai on 30 May 16 on the transfer of the present incumbent, Vice Admiral Sunil Lanba, PVSM, AVSM who had also been the FOC-in-C (South) earlier and is designated as the next Chief of the Naval Staff.