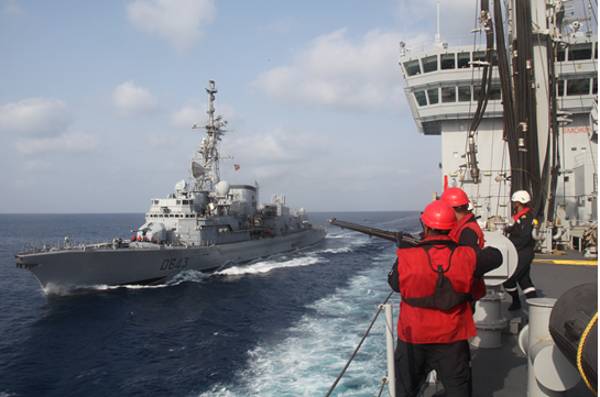 Joint Exercise by IN & FN Ships

The Indian and French Navies have been conducting bilateral maritime exercises since May 1993. Since 2001, the exercises are called ‘VARUNA’. The last edition of the exercise was conducted off Toulon, France in 2012. Till date, ex VARUNA has been held 13 times. 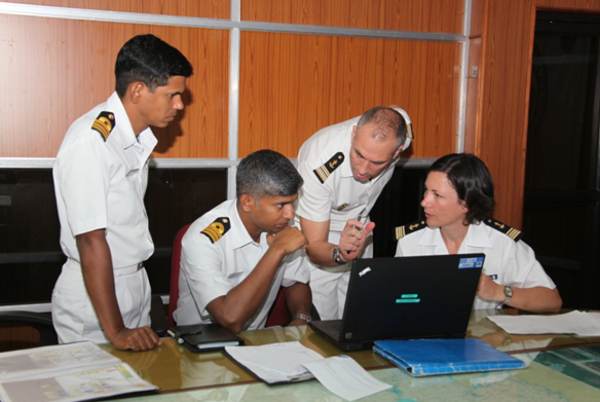 Interaction of Officers of Indian Navy and French Navy

The participating units from Indian and French Navy were:- 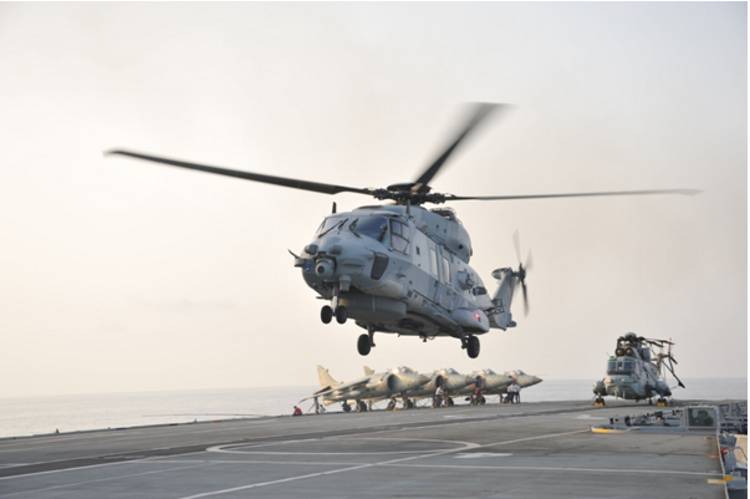 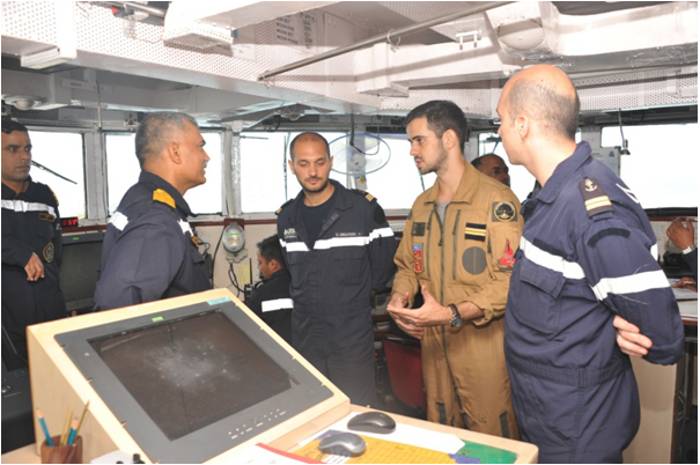 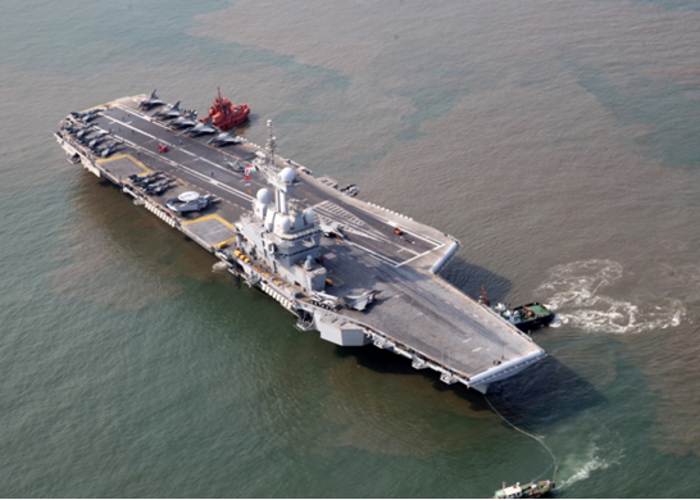 Distinguished Visitors Day. On invitation from the Ambassador of France, Shri Laxmikant Parsekar, Hon’ble Chief Minister of Goa along with Dr Sharat Chauhan, Commisioner and Secretary to the Chief Minister and Prof(Dr) Gajanan Prabhu Gaunkar embarked the Aircraft Carrier Charles de Gaulle on 02 May 15. 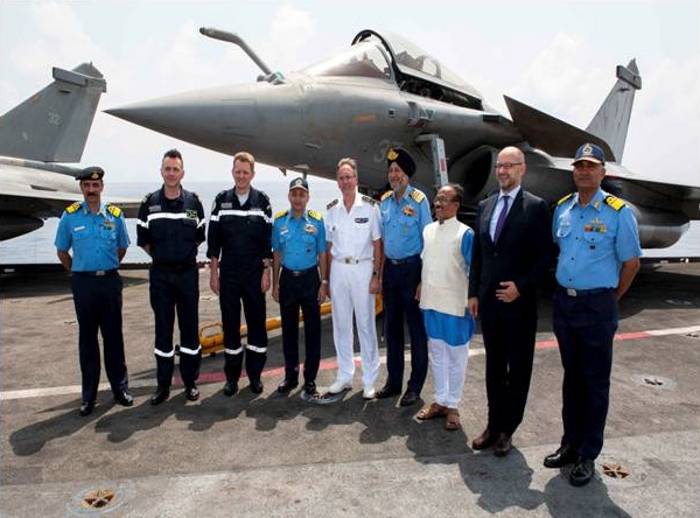 In addition, a naval delegation comprising VAdm SPS Cheema, Flag Officer Commanding Western Naval Command and VAdm AK Chawla, Director General Naval Operations and other senior officers were also invitees. The French Ambassador to India and the Commander of the French Carrier Strike Group hosted the IN delegation onboard the Aircraft Carrier. 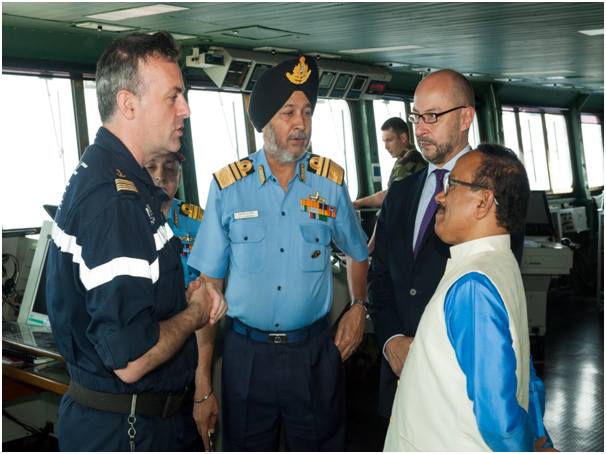 Varuna 2015 served to foster greater synergy and co-operation between the two navies. Participation of aircraft carriers from both sides also enabled the aircrew of both sides to benefit from combat tactics between different aircraft. 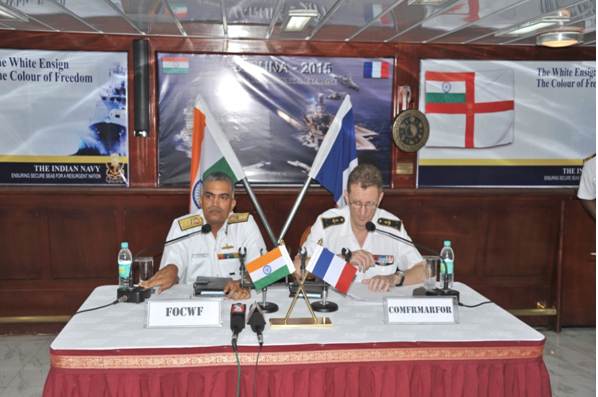 The regular conduct of such operational exercises between the two navies helpS to foster greater understanding between the two nations as also in picking up best practices from each other through professional interactions. 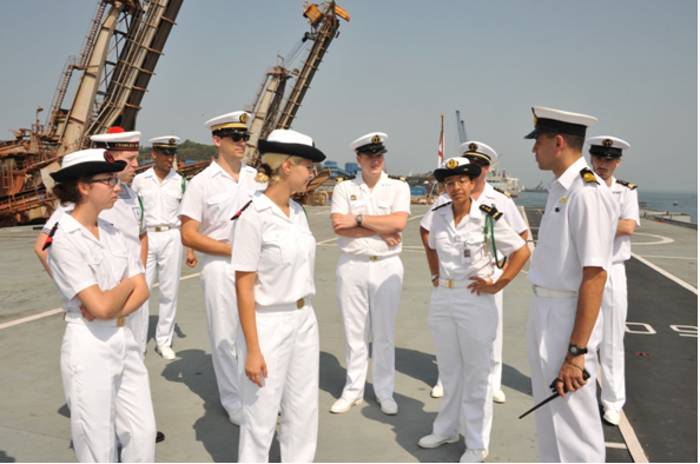