A delegation from the Royal Australian Navy (RAN), headed by Commodore Fiona Therese Freeman, Director General of Hydrography, Meteorology and Oceanography and accompanied by Captain Simon John Bateman, Resident Defence Attaché of Australia, are on a visit to naval base, Kochi on 28 and 29 May 18. The visit is aimed at understanding Indian Naval Meteorology and Oceanography (IN METOC) operational/ training facilities and discussing avenues for mutual cooperation in the field of METOC. 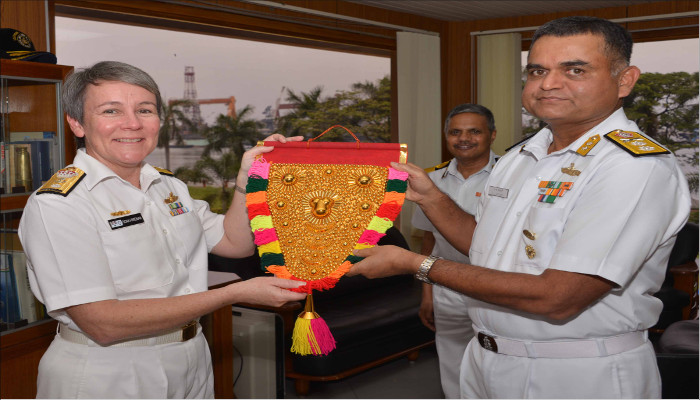 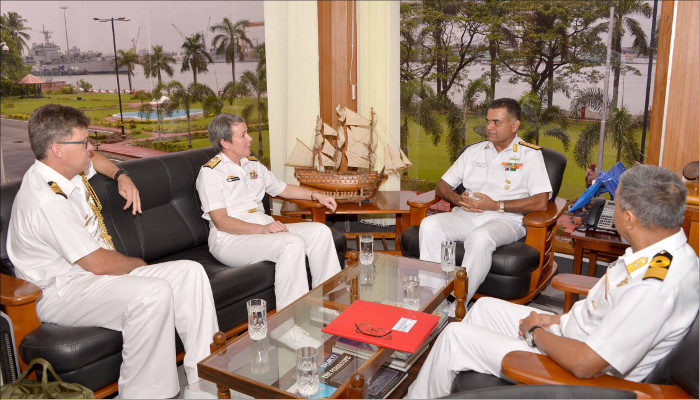 The RAN delegation called on Rear Admiral RJ Nadkarni, VSM, Chief of Staff, Southern Naval Command on 28 May 18 and held discussions on Hydrography, Oceanography and areas of cooperation. Naval crests were exchanged during the interaction. The delegation also visited INS Sutlej, a hydrographic survey ship of the Indian Navy.

India and Australia have close relations, as members of the Commonwealth. There has been significant progress in Indo-Australian relations with improving economic and cultural ties. Exchange of high level military delegation visits and interaction between the navies is expected to further boost the defence cooperation.