Passing Out Parade at INS Chilka 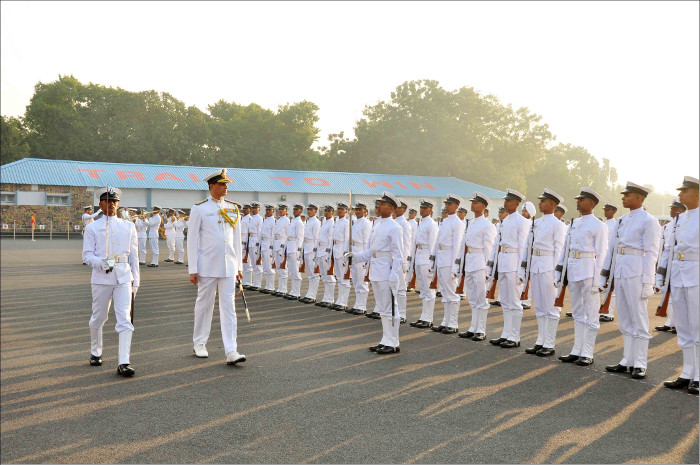 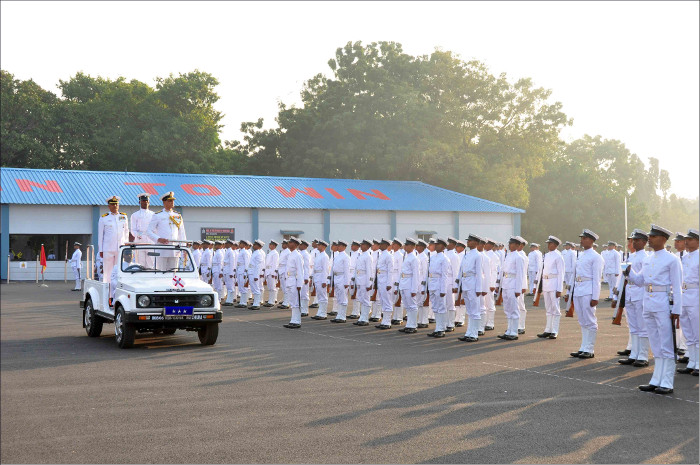 At an impressive Passing out Parade ceremony conducted at INS Chilka on 11 January 2018, a total of 2707 trainees of the Indian Navy and the Indian Coast Guard successfully completed their 21 weeks ab-initio training. The parade was reviewed by Vice Admiral AR Karve, AVSM, the Flag Officer Commanding-in-Chief, Southern Naval Command, Kochi. 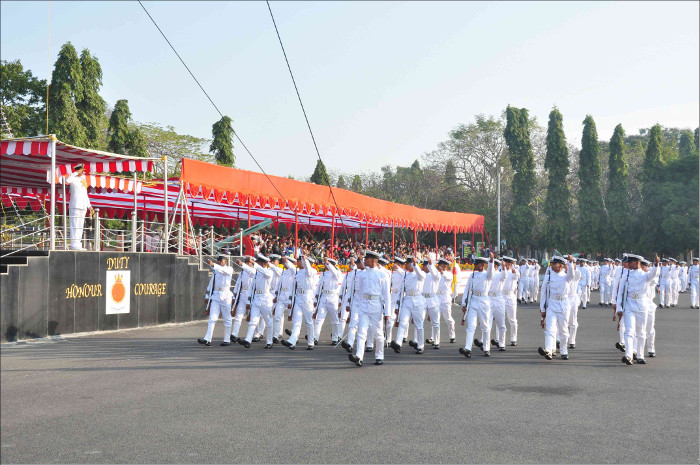 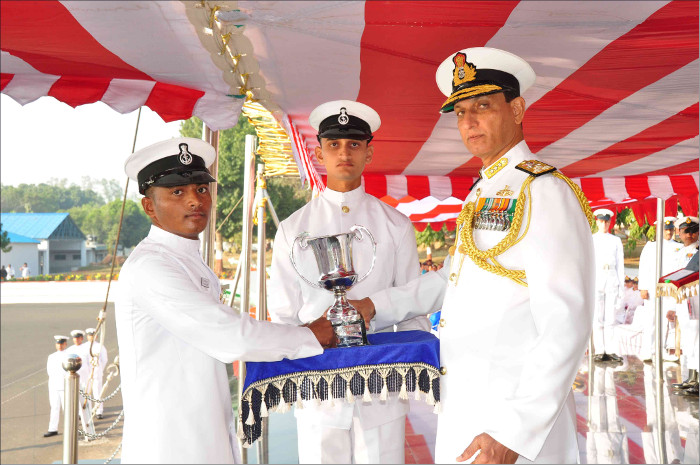 The Reviewing Officer awarded medals and trophies to the meritorious trainees at the parade. Speaking on the occasion, the Admiral exhorted the trainees on the importance of honing the skills they had gained at INS Chilka and the need for setting high standards of professionalism and conduct in their future appointments. He also asserted that “ All Sailor’s philosophy and professionalism must be based on the Indian Navy’s Core Value i.e. Duty, Honour and Courage.” 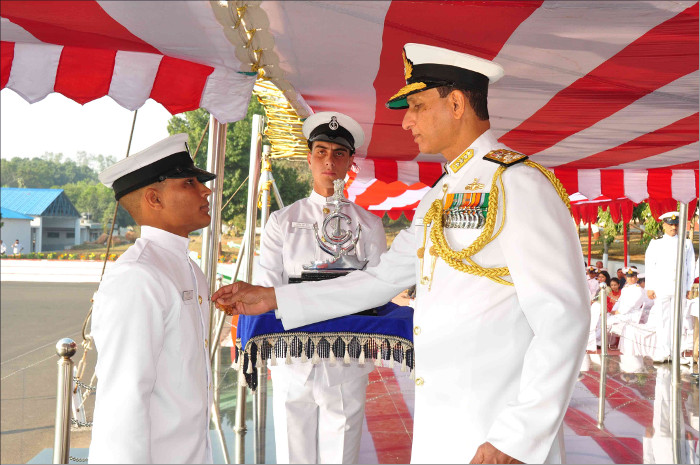 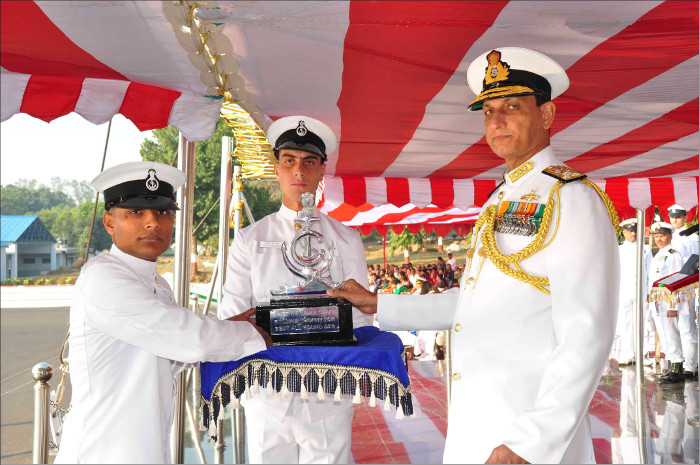 Rahul Bhuria, Senior Secondary Recruit, Naveen Kumar, Navik (General Duty),  Gaurav Dixit, Navik (Domestic Branch) and Akash Pradhan, Matric Recruit were adjudged as the best trainees in their respective categories. The ceremony was also attended by parents of trainees from all over India and other dignitaries of the Indian Navy and the Indian Coast Guard. 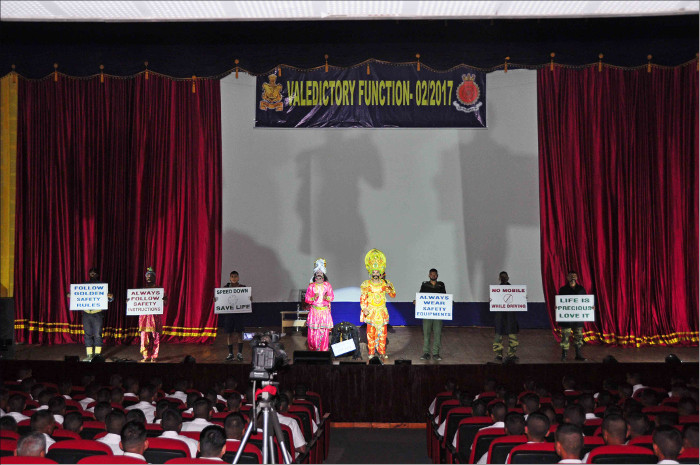 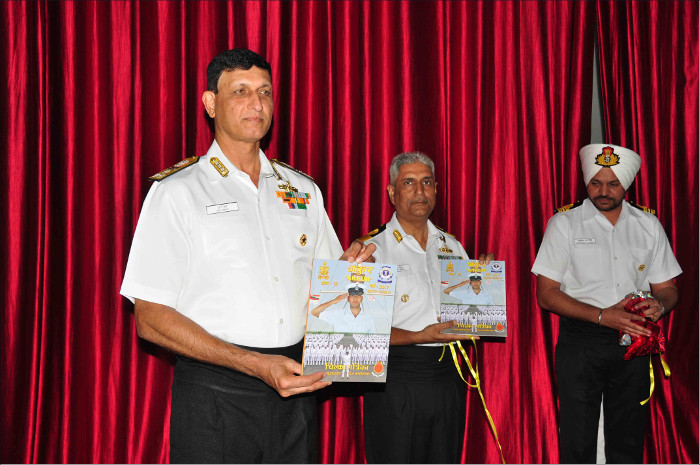 The training regimen being followed at INS Chilka is well structured and scientifically prepared to meet specific objectives of both the Indian Navy and the Indian Coast Guard. Trainees at INS Chilka are exposed to various service subjects, as well as academic study. Equal emphasis is laid on toughening the raw recruits, both physically as well as mentally, through drill, route marches, sailing expeditions, outdoor camps, weapon training, swimming and sports. These trainees will now proceed for cadre specific professional training at sea and at specialist training schools of the Indian Navy and Indian Coast Guard. 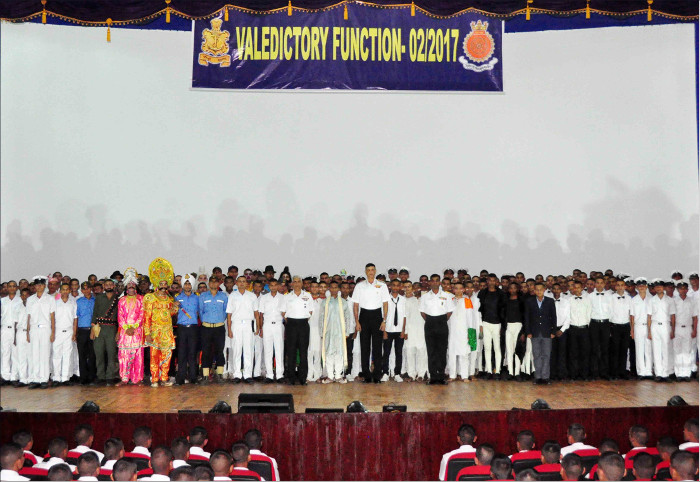 Earlier, on 10 January 2018, VAdm Karve along with other dignitaries witnessed a valedictory function, which showcased the cultural and extra-curricular talents of the trainees. A bilingual magazine ‘Ankur,’ encapsulating a host of training activities at INS Chilka was also released on the occasion by the Chief Guest in the presence of Commodore Manish Misra, Commanding Officer, INS Chilka.

The passing out ceremony culminated with the trainees marching past the quarter deck, in slow march, to the poignant tune of ‘Auld Lang Syne’, a traditional tune normally played when the time comes to bid farewell to friends and institutions.