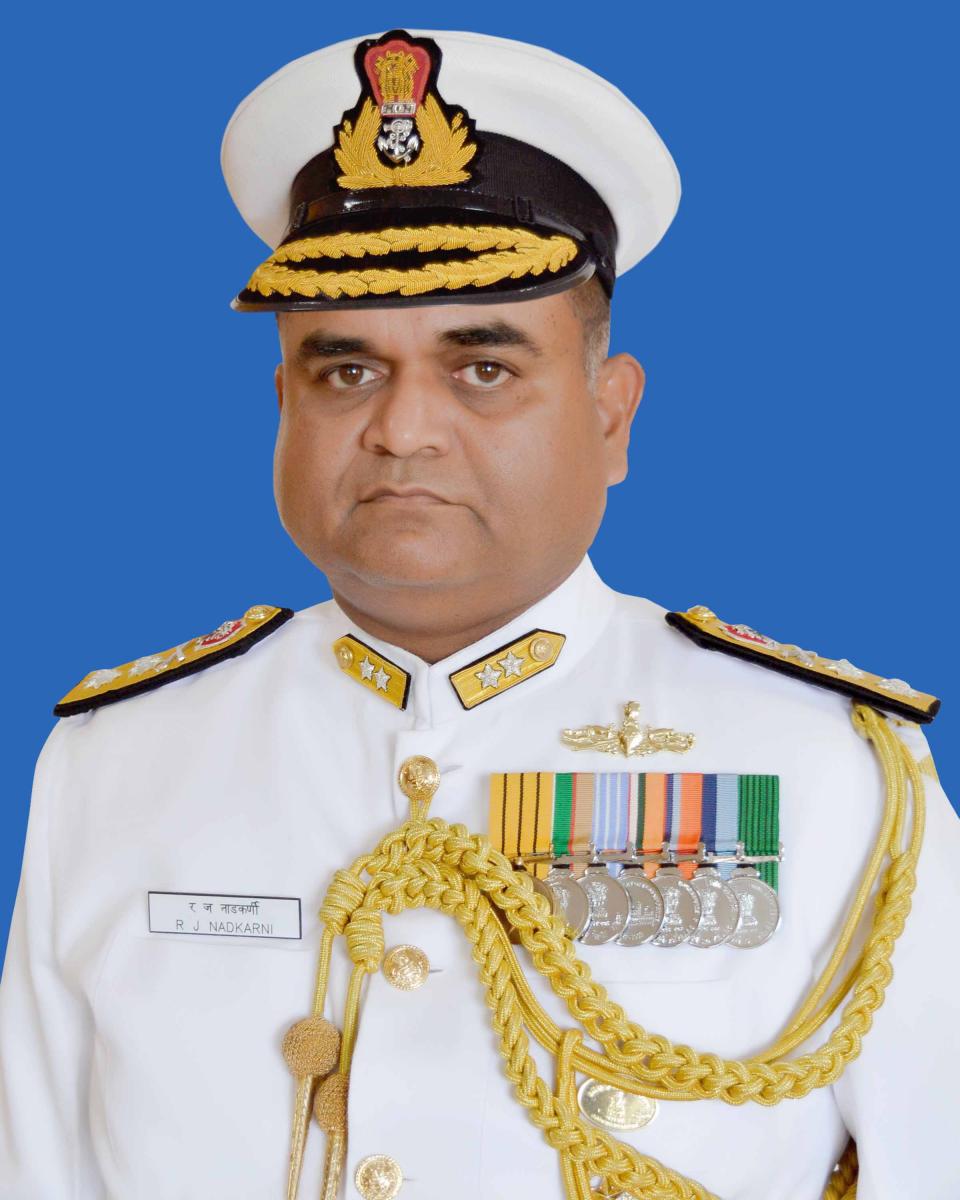 Rear Admiral Ravindra Jayanti Nadkarni has taken charge as the new Chief of Staff of the Southern Naval Command – the Training Command of the Navy on 14 Oct 16. He was commissioned in the Indian Navy on 01 Jul 1983 and is a graduate of the National Defence Academy (NDA), Khadakwasla, the Defence Services Staff College (DSSC), Wellington, the College of Naval Warfare (CNW), Karanja and the National Defence College (NDC), New Delhi.

The Flag Officer is a “Navigation and Direction” specialist who has served as Navigating Officer of INS Kuthar and INS Rana. He has the distinction of commanding one ship in each rank from Lieutenant to Captain: a Coast Guard interceptor boat CGS C-05 as a Lieutenant, the minesweeper INS Cuddalore as a Lieutenant Commander, the Frigate INS Himgiri as a Commander and the Missile frigate INS Betwa as a Captain.

A keen sailor, who has excelled at ocean sailing in particular, he was a member of a tri-service sailing team, which sailed onboard Indian Naval Sailing Vessel Samudra during her ‘Round the World Sailing Expedition’ in 1988-89.

The Flag Officer is a recipient of the Vishisht Seva Medal in 2014. In his present appointment, he would be deputising the Flag Officer Commanding-in-Chief in the discharge of the training and operational roles of the Southern Naval Command.