The Indian Navy’s Annual Theatre Readiness Operational Exercise (TROPEX) got underway on 24 Jan 17. The month long exercise will have ships and aircraft of both the Western and Eastern Naval Commands, as also assets from the Indian Air Force, Indian Army and the Indian Coast Guard exercising together. The exercise is being conducted off the Western Seaboard. The last edition of the exercise was conducted in January 2015. 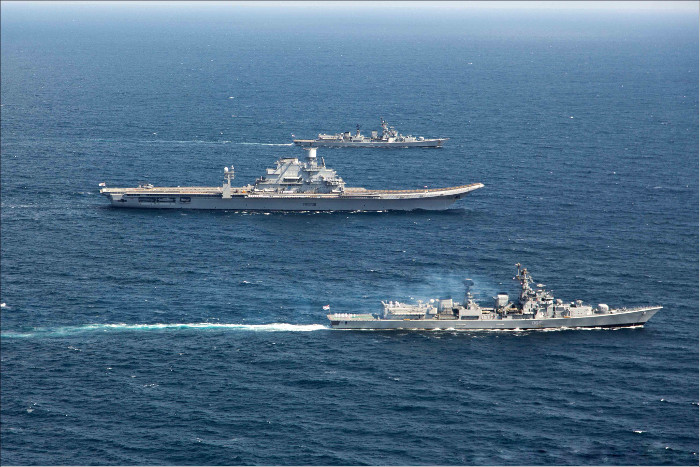 TROPEX has grown in scale and complexity over the years and will see participation of major surface combatants and air assets of the Indian Navy including the aircraft carrier Vikramaditya, nuclear submarine Chakra, Landing Platform Dock (LPD) Jalashwa, the recently commissioned destroyer Chennai, the P-8I long range maritime reconnaissance and anti-submarine warfare aircraft operating alongside SU-30 MKI, Jaguars, AWACS, IL-78 Flight Refuelling Aircraft of the Indian Air Force and Infantry units of the Indian Army. The exercise will be conducted in various phases, both in harbour and at sea encompassing the various facets of war-fighting and combat operations.

TROPEX 17 assumes special significance in the backdrop of the current security scenario. The exercise is aimed at testing combat readiness of the combined fleets of the Indian Navy, and the assets of the Indian Air Force, Indian Army and the Indian Coast Guard. It will also strengthen inter-operability and joint operations in a complex environment.