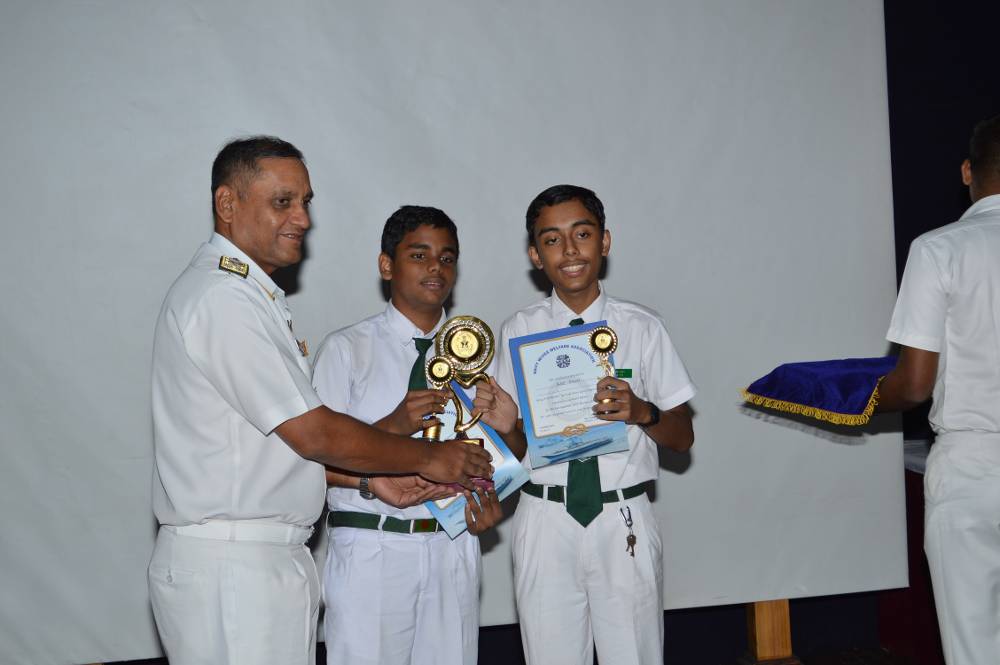 Navy Wives Welfare Association, Eastern Region conducted Vizag Inter-school Quiz Competition, under the aegis of Eastern Naval Command at Meghadri Auditorium in Naval Dockyard on 07 November 2015. The Quiz was conducted as part of the Curtain Raiser event for the forthcoming International Fleet Review – 16 and aimed at fostering a healthy spirit of competition and also to provide a platform for interaction between the students of leading schools of Visakhapatnam with students from the naval community. 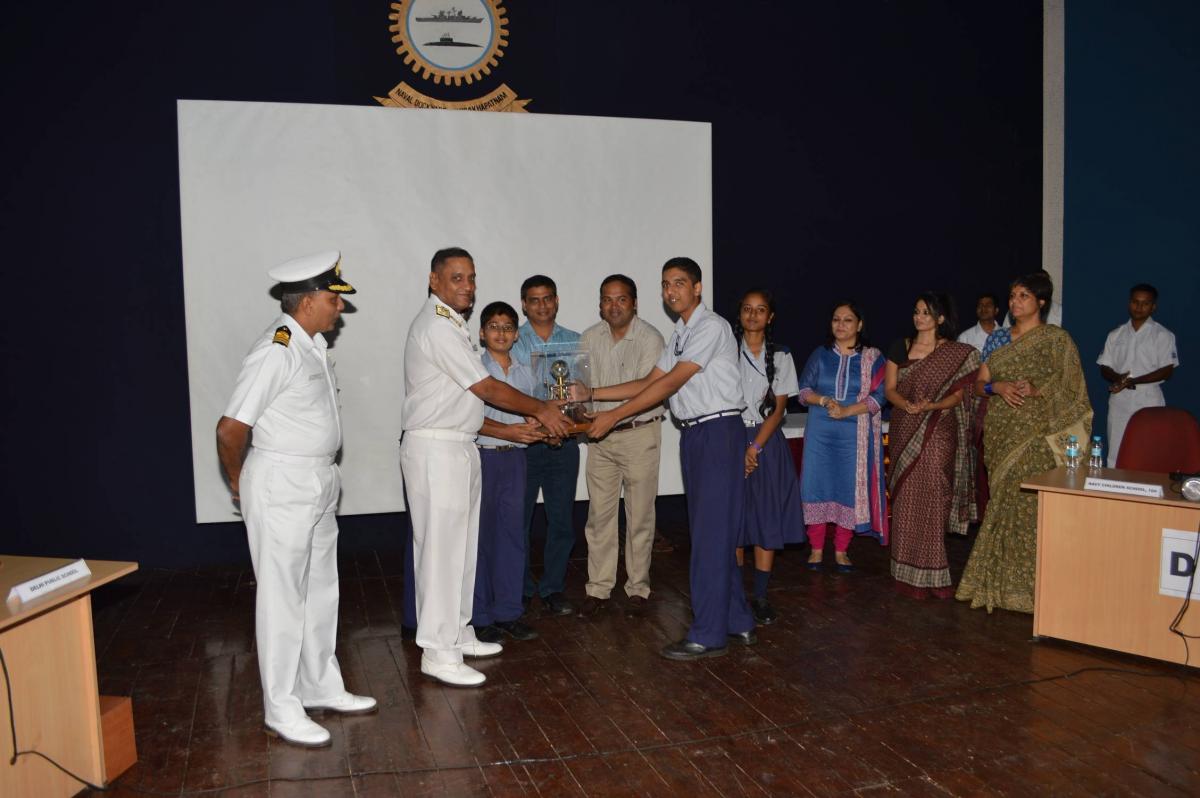 Quiz was conducted in two Phases. The preliminary round held earlier saw six teams, namely, Ramnath Secondary School, Sainik School, Korukonda, Delhi Public School, St Joseph’s Girls’ High School,  Navy Children School, Nau Sena Bagh and 104 Area Schools qualify for the Finals. The keenly contested finals comprised five rounds including one on Maritime Affairs and IFR. Navy Children School, Nau Sena Bagh emerging as the Winner of the Competition, with Delhi Public School team securing the Runners-up position. Vice Admiral Bimal Verma, Chief of Staff, Eastern Naval Command was the Chief Guest at the final round of the Event and gave away the Trophies and Gift Vouchers to the winners of the Competition. Each participant was given a Certificate of Participation and the winners will be invited for a Day at Sea scheduled on 28 November 15 on an Eastern Fleet Ship.

The ‘Jagriti’ Wing of the NWWA that coordinated the Quiz pursues the goal of enlightenment through knowledge by conducting various school-based activities and competitions, with the aim of not only fostering a healthy spirit of competition but also of providing a platform for interaction between the students of leading schools of Visakhapatnam with the students of Naval community. A Rolling Trophy has been instituted and it will be given away to the Winners of this event scheduled to be held annually in as part of Navy Week Celebrations.