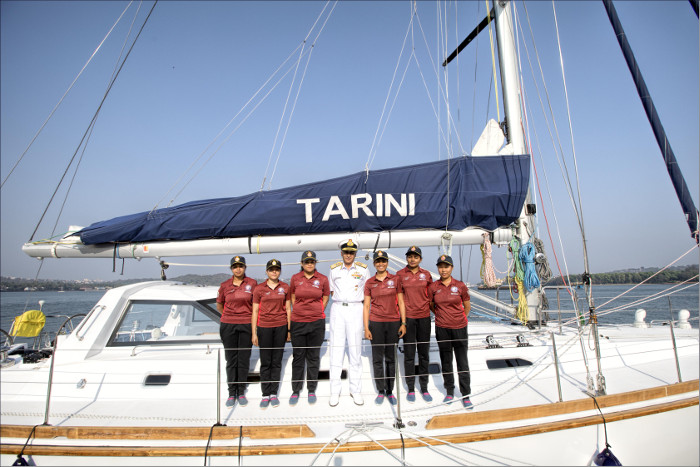 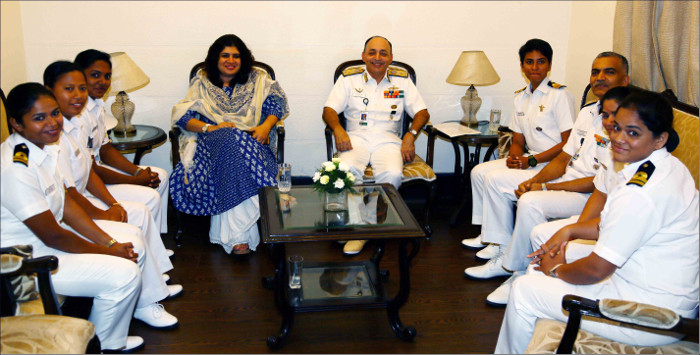 Navika Sagar Parikrama is a project wherein a team of women officers of the Indian Navy would circumnavigate the globe on an Indian-built sail boat INSV Tarini. This is the first ever Indian circumnavigation of the globe by an all-women crew. The project is scheduled to commence in early Sep 17. INSV Tarini is the sister vessel of INSV Mhadei. The project is considered essential towards promoting Ocean Sailing activities in the Navy while depicting Government of India’s thrust for ‘Nari Shakti’. 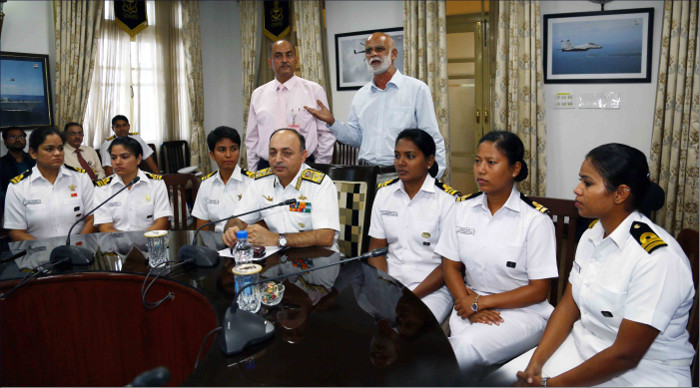 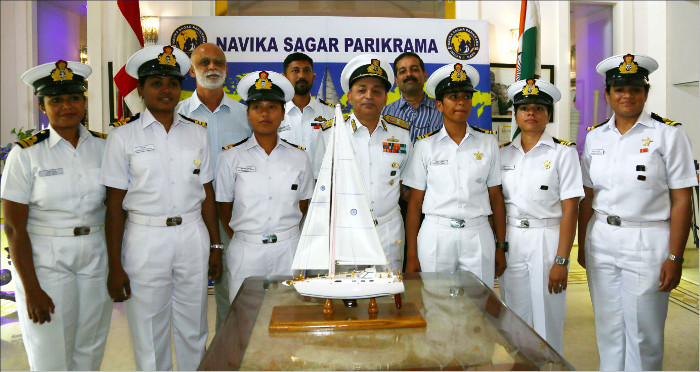 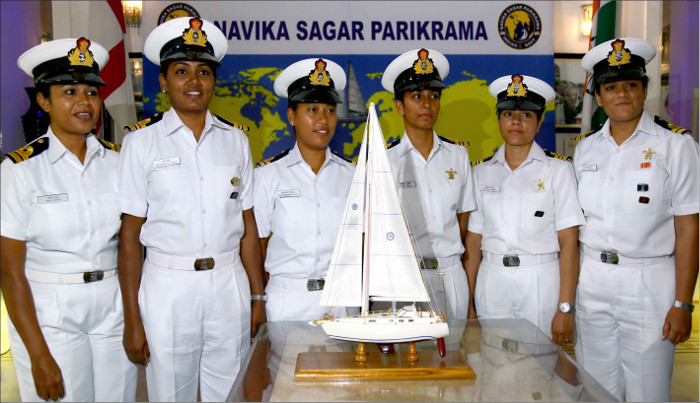 The crew of INSV Tarini comprises :-

The all-women crew have trained extensively for the forthcoming voyage. They have sailed approximately 20,000 Nm onboard INSV Mhadei and Tarini as part of training, which includes two expeditions to Mauritius (in 2016 and 2017) and a voyage from Goa to Cape Town in Dec 16.

INSV Tarini, a 55 foot sailing vessel has been built by M/s Aquarius Shipyard Pvt Ltd, Goa. Tarini was inducted into the Indian Navy on 18 Feb 17. The vessel has sailed approximately 8,000 Nm till date.    Navika Sagar Parikrama would be covered in five legs with stop-overs at four ports (same ports as Capt Dilip Donde) for replenishment of ration and repairs as necessary. Estimated dates for the legs are as follows:-

The expedition has been aptly titled ‘Navika Sagar Parikrama’, aimed at promoting women empowerment in the country and ocean sailing by the Indian Navy. The expedition would inspire the youth of our nation to develop an understanding of the sea and instill a spirit of adventure and camaraderie.

Additional aims of the Expedition are as follows:-

(a)    Nari Shakti.     In consonance with the National policy to empower women to attain their full potential, the expedition aims to showcase ‘Nari Shakti’ on the world platform. This would also help to discard the societal attitudes and mindset towards women in India by raising visibility of participation by women in challenging environment.

(b)    Environment and Climate Change.    Sailing encourages the use of environment friendly non-conventional renewable energy resources which affects the life of women. The expedition thereby aims at harnessing the energy to optimise the livelihood of the women onboard.

(c)   Make in India.   The voyage also aims to show case the ‘Make in India’ initiative by sailing onboard the indigenously built INSV Tarini.

(e)    Marine Pollution.    The crew would monitor and report marine pollution on the high seas.

(f)    Interaction with Local PIOs. Since the expedition aims to promote Ocean Sailing and the spirit of adventure, the crew would interact extensively with the local PIOs at the various port halts.