Smt. Nirmala Sitharaman, Hon’ble Raksha Mantri flagged-off Indian Naval Sailing Vessel Tarini (INSV Tarini) with an all women crew from INS Mandovi boat pool, Goa on 10 September 2017. This is the first-ever Indian circumnavigation of the globe by an all-women crew and shall attempt to circumnavigate the globe on INSV Tarini. The crew is expected to return to Goa in April 2018, on completion of the voyage. The expedition will be covered in five legs, with stop-overs at four ports namely Fremantle (Australia), Lyttleton (New Zealand), Port Stanley (Falklands), and Cape Town (South Africa). 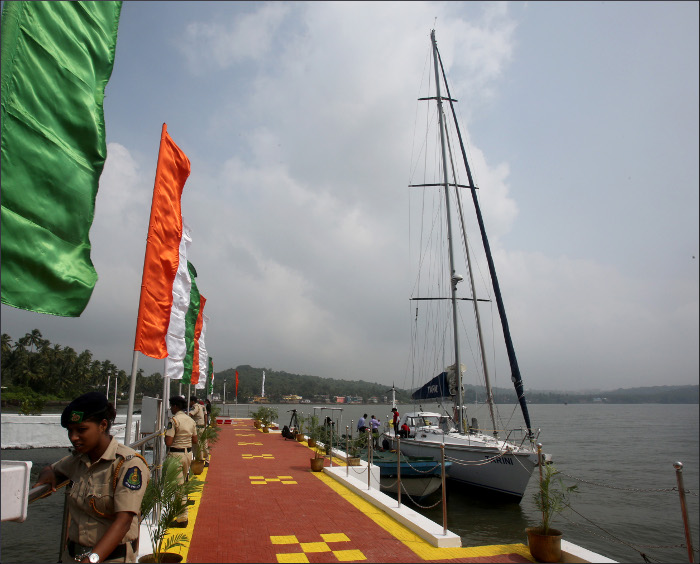 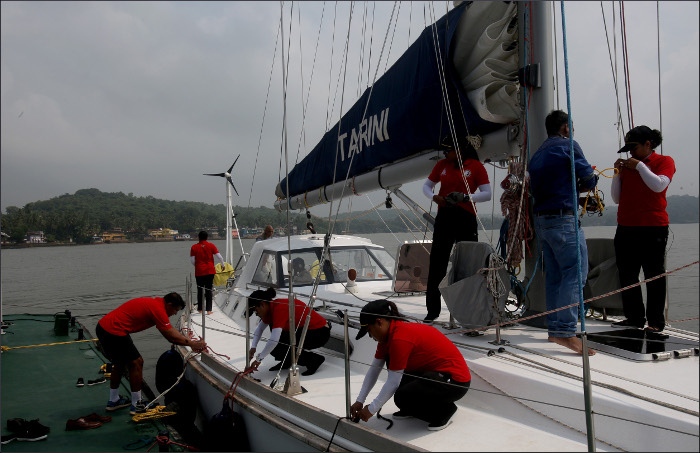 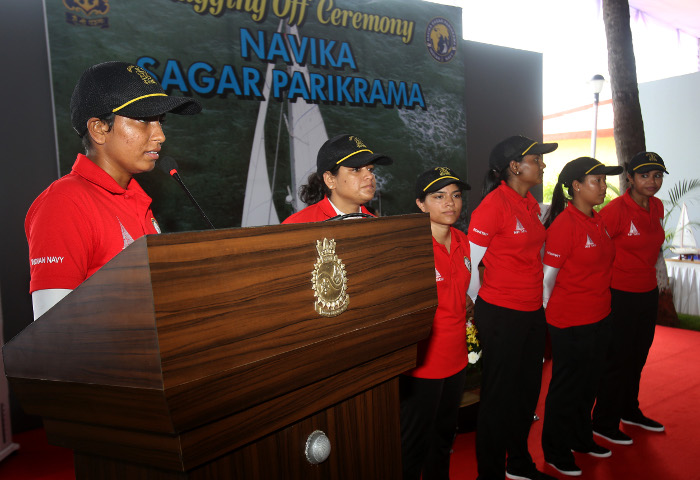 During the ceremony at Goa, the Hon’ble Raksha Mantri said that, “this is a historic day for the country, which will be marked in the Navigation history of the world, and globally our women are going to stand out for something which most navies of the world would not have even thought of”. She further said that, “For this initiative I appreciate the Indian Navy and the mentors for inspiring, motivating and training these brave and courageous women”. She expressed her absolute pleasure for being present at the momentous occasion and felt honoured to be amongst the crew and wished them a successful voyage. 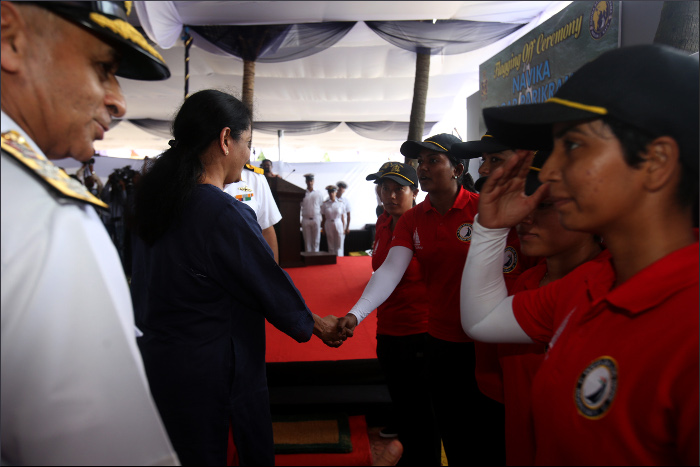 Raksha Mantari and Chief of Naval Staff Meeting the crew

The Chief of the Naval Staff, Admiral Sunil Lanba expressed satisfaction at continuation of the legacy of Indian Navy’s Ocean sailing expeditions which commenced in 1988 with expedition ‘Samudra’. This was followed by first solo circumnavigation by Captain Dilip Donde (Retd) and non-stop circumnavigation of the globe by Cdr Abhilash Tomy resulting in India joining a select group of nine nations which have achieved such feats. He said that the present circumnavigation by an all women crew is an extension of the above efforts and reflection of the Government’s efforts at Women Empowerment – “Nari Shakti”. 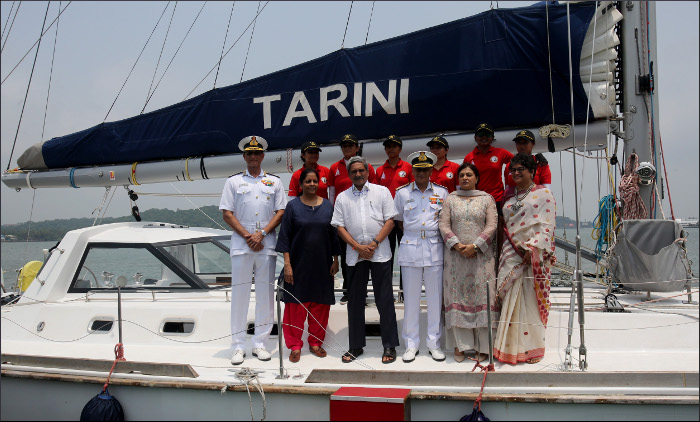 The Crew with the dignitaries for the flag off

INSV Tarini is a 55-foot sailing vessel, which has been built indigenously, and was inducted in the Indian Navy earlier this year, thus showcasing the ‘Make in India’ initiative on the World forum. INSV Tarini is being skippered by Lt. Commander Vartika Joshi, and the crew comprises Lt. Commanders Pratibha Jamwal, P Swathi, and Lieutenants S Vijaya Devi, B Aishwarya and Payal Gupta. 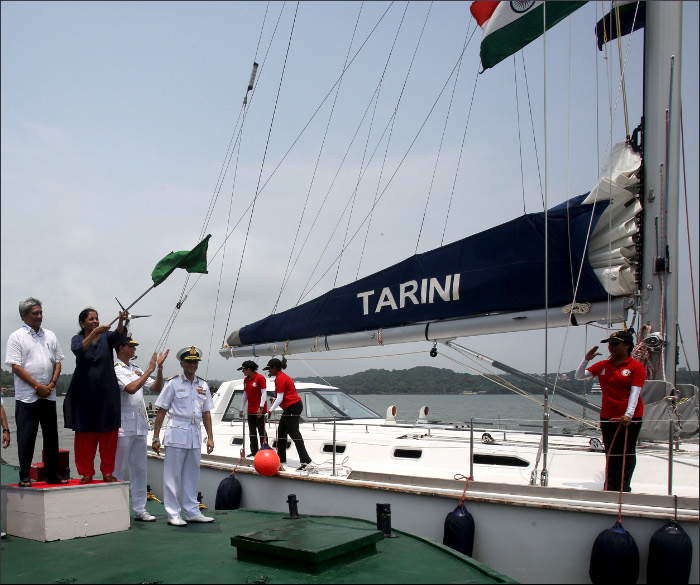 Raksha Mantari flagging of the expedition

During the voyage, the crew would monitor and report marine pollution on the high seas, as also interact extensively with local PIOs during various port halts to promote Ocean sailing. 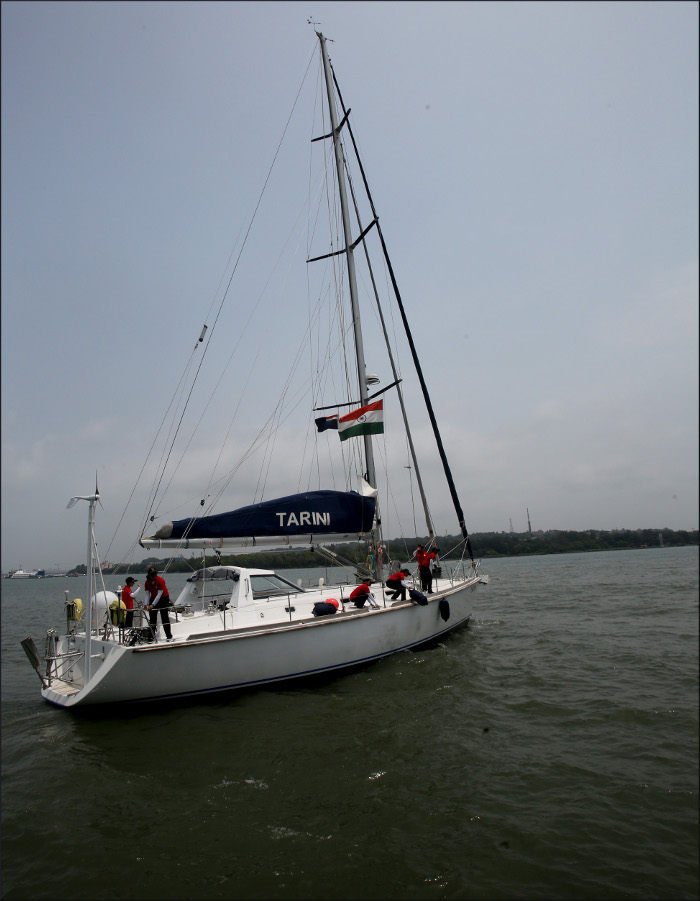 During their voyage, the crew would also collate and update Meteorological/ Ocean/ Wave data on a regular basis for accurate weather forecast by India Meteorological Department (IMD) and subsequent analysis by research and development organisations. 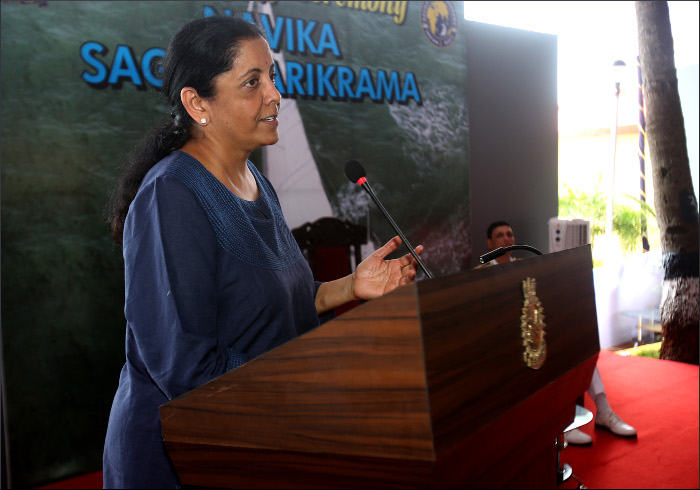 Raksha Mantari speaking during the ceremony

The expedition titled ‘Navika Sagar Parikrama’, is in consonance with the National policy to empower women to attain their full potential. It also aims to help discard the societal attitudes and mindset towards women in India by raising visibility of their participation in challenging environment. 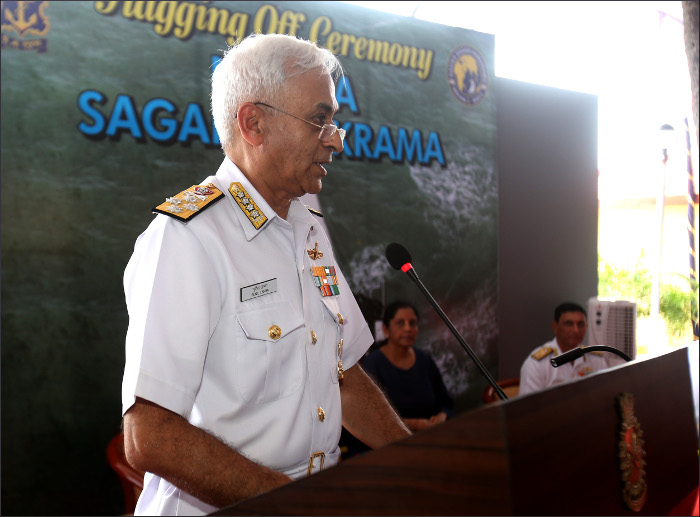 Chief of the Naval Staff speaking on the occasion