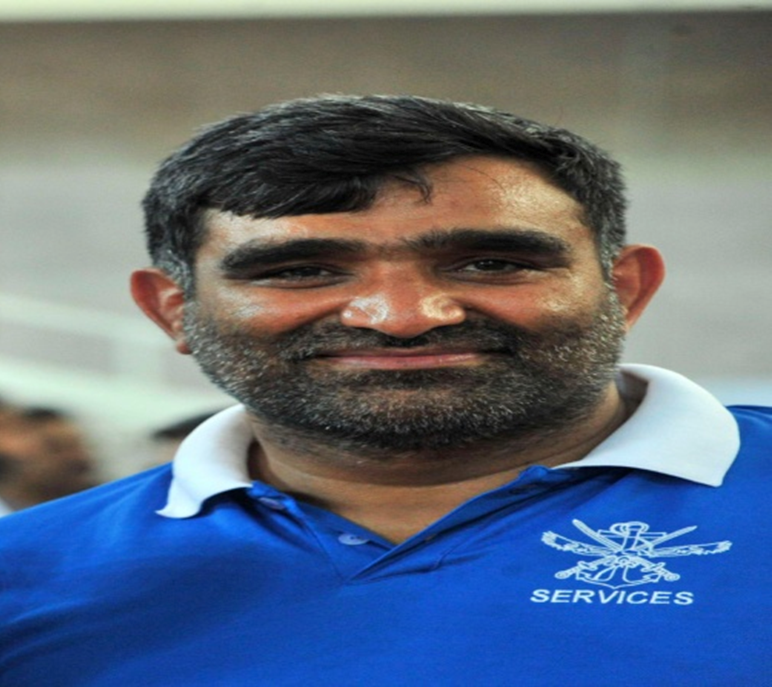 Kuldeep Singh, MCPO I PT, 177941-K was recruited in the Navy as Sports Quota in Wrestling in 1992. He completely dominated wrestling at National level in his weight category and won 06 Gold, 04 Silver and 01 Bronze medals at National Championships / Games from 1997 to 2007. He also represented the country on 10 occasions between 1997 to 2005 and won a Bronze medal in Commonwealth Championship 2005 and a Gold in South Africa Centenary Cup. He completed diploma in Sports Coaching from NS NIS Patiala with ‘A’ Grade in 2004 and was appointed as coach of the Navy Wrestling team. He excelled in the field of coaching and was appointed Chief Coach of Indian Wrestling team Greco Roman Style. Under his guidance two Indian wrestlers of Greco Roman style have qualified for the Olympics for the first time in history. He also has been selected as the Chief Coach of Indian Wrestling team Greco Roman style for the Rio Olympics. 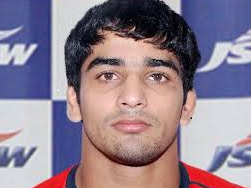 Sandeep Tomar, PO UW3, 228511-W was recruited in the Navy Wrestling team as SSR in Sep 2011. The sailor proved his mettle immediately after recruitment when he won Gold Medal in the Inter-Services Championship in October 2011. Since then the sailor has not looked back and has made the Navy and country proud on many occasions by winning many International medals including Gold in Copa Brasil International Wrestling Championship 2012, Gold Medal in World Military Wrestling Championship 2014, Bronze Medal in Takhti Cup Iran in 2015 and Gold medal and Best Wrestler in Asian Championship 2016 by beating World Champion and 2014 Asian Games Gold Medalist. Sandeep Tomar has qualified for Rio Olympics during the World Olympic Qualifier Wrestling Tournament held at Ulaanbaatar, Mongolia from 22 – 24 Apr 16 wherein he won bronze medal in 57 Kg Free Style. During the course of the championship, Sandeep defeated two time World Championship medalist Sezar Agkul of Turkey 11-0, Ulukbek Zholdoshvekov of Kyrgyzstan 4-1, Alexandru Chirtoaca of Moldova 10-0 and finally Andriy Yatsenko of Ukraine 11-0.

Mohammed Anas of the Indian Navy has qualified for Rio Olympic in 400 mtrs run. Anas who broke the National record twice in a span of two days is the third athlete in the history of Indian Athletics to have qualified for the 400mtrs event. The legendary Milkha Singh and KM Binu were the other two. Anas clocked the exact qualifying mark 45.40.00 at the second day of Polish Athletics Championship at Bydgoszcz, Poland.

Mohammed Anas was scouted by the Navy at the National Game held at Kerala in 2015. He joined Indian Navy on 07 May 2015 and was immediately placed under the guidance of Navy Coach TG Ajesh, a former International athlete. He won Silver Medals in 400mtrs in his maiden Inter-Services Championship 2015 and at the Senior National at Kolkata 2015. He improved his timing to below 46 sec. at Indian Grand Prix and Federation Cup 2016, held at JN Stadium New Delhi. Presently he is in the National Camp under the guidance of Mohammed Kunhi, a former Services 400 mtr Champion and National Coach.