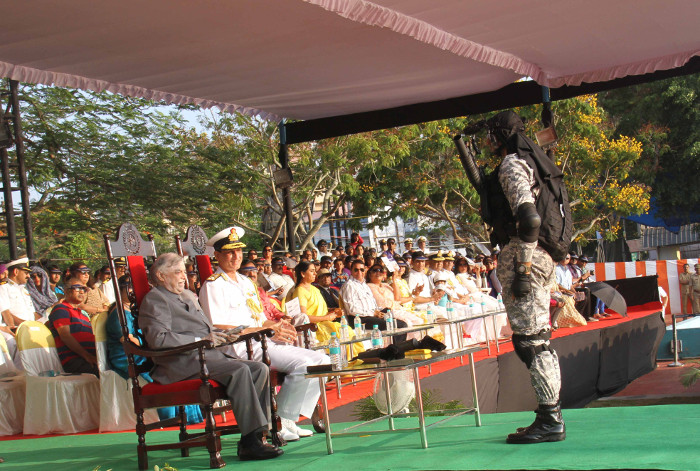 The citizens of Kochi were treated to a mesmerising display of the entire spectrum of naval operations during the Operations Demonstrations held in front of Rajendra maidan and Subhash park on 11 December 2016 which was witnessed by thousands of residents of Kochi. 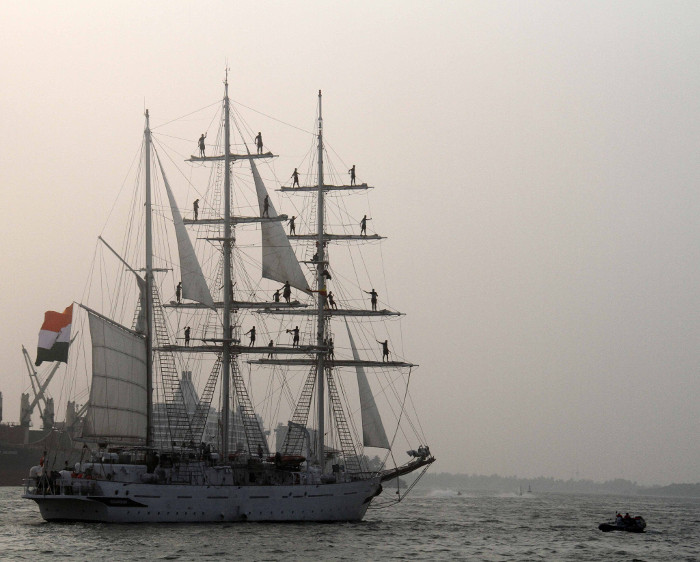 The demonstration commenced with a marine commando delivering the programme schedule to the chief guest of the evening. A flypast by 13 aircraft (helicopters and fixed wing) of the Navy including the latest P8-I from the Naval Air Station INS Garuda set the tempo for rest of the activities which lasted for more than an hour and included demonstration of landing of a Seaking helicopter on a moving warship, firing of weapons, special operations by the marine commandos from air and water, simulation of VBSS (visit, board, search and seizure) operations etc. and Helobatics by the Advanced Light Helicopter (ALH). 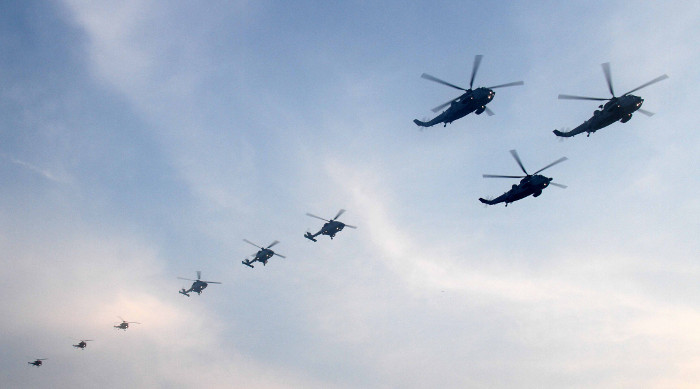 Aircraft from INS Garuda carrying out fly past

INS Ranjit, one of the oldest destroyers in the Indian inventory showcased the versatility of the naval fleet, even as the latest indigenously built INS Chennai stationed at the background bore testimony to the make in India focus of the navy. The helicopter landing display onboard patrol vessel INS Sunayna and the sail training display by the sail ship INS Sudarshini provided the spectators a glimpse of the varied activities at sea. 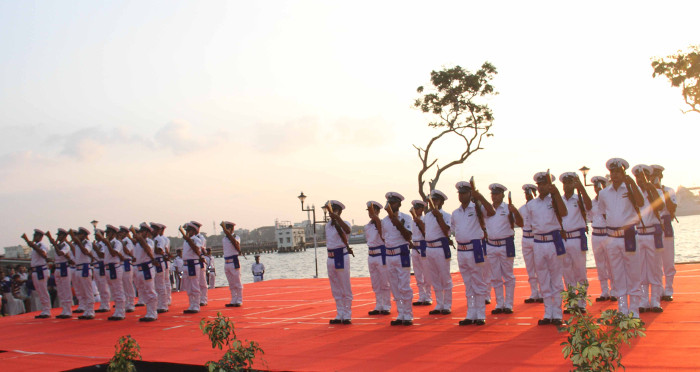 Continuity drill performed by two contingents from INS Dronacharya stood out for its stunning and precise discipline and skills in weapon handling. The demonstration concluded with the ceremonial sunset ceremony followed by the lowering of the National Flag and Naval Ensign after which all the warships sailed past the gathering with their silhouette illuminated. 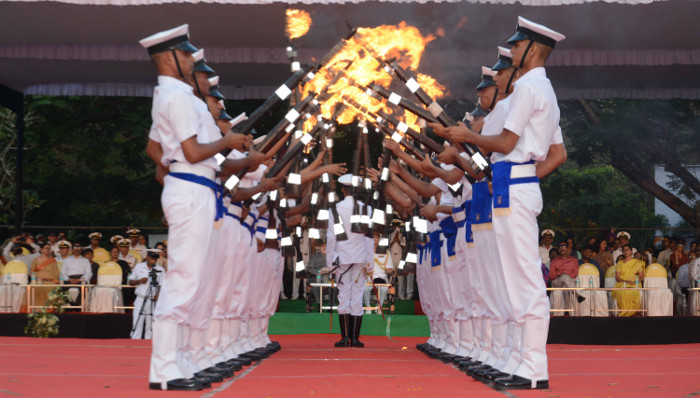 However, the unique feature of the operational demonstration 2016 was the traditional hornpipe dance by the girl cadets of the sea cadet corps which was an epitome of grace and elegance. This year, for the first time, the demonstration was duplicated at the Fort Kochi beach for the benefit of the residents of Fort Kochi.

Shri Justice (Retd) P Sathasivam, Honourable Governor of Kerala  was the chief guest of the evening which was hosted by the Flag Officer Commanding-in-Chief, Southern Naval Command, Vice Admiral AR Karve, AVSM and was attended by various dignitaries including the Mayor of Kochi, Ms Soumini Jain and MLA Shri Hibi Eden.