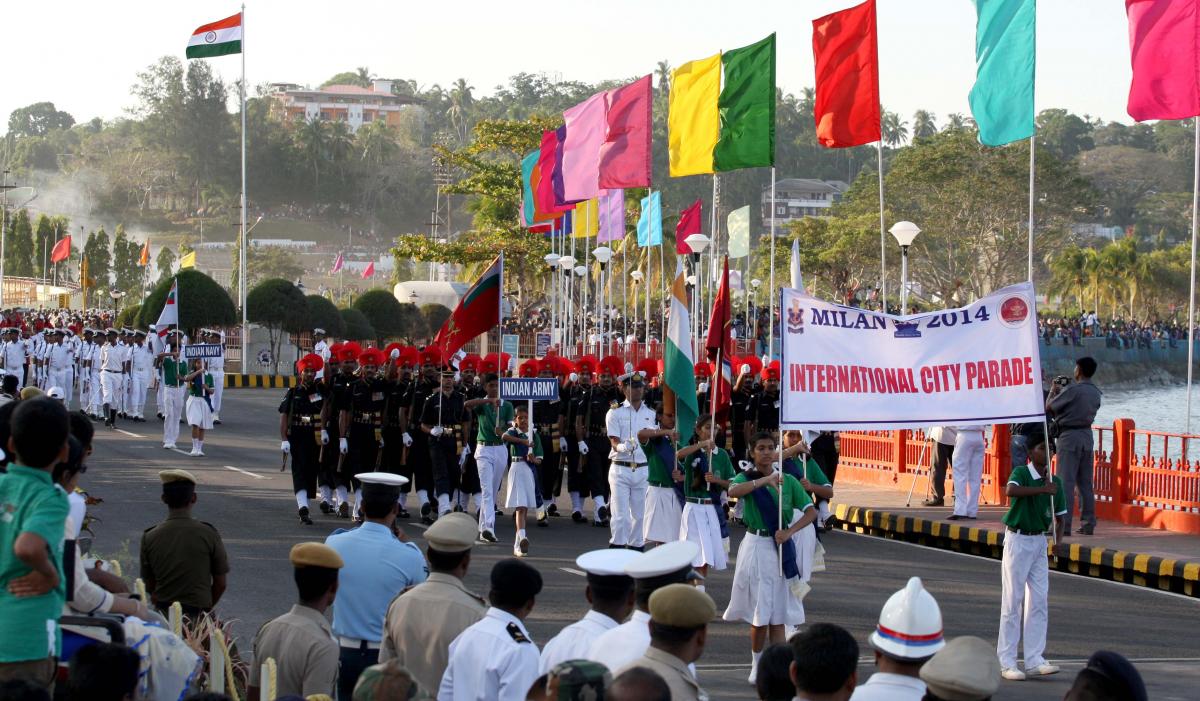 15 ships manoeuvered in perfect harmony in the clear Andaman Sea on a balmy morning making for a grand culmination of the MILAN 2014 biennial exercise of Navies at Port Blair. After a few manouvers at sea, the ships formed up in a column and steamed past the Flag ship with men manning the side of the ship and presenting a traditional salute in the form of “man and cheer ship” to the presiding officer, The Commander-in-Chief Andaman and Nicobar Command (CINCAN), Air Marshal PK Roy.

17 nations, including India, had come together in MILAN 2014 making it the biggest edition since its inception in 1995. The six day event started on 04th Feb and subsequent days saw the maritime forces of these nations come closer professionally and culturally cementing friendship and building confidence in interoperability. It was the first time that countries from the western IOR participated including two African nations viz Kenya and Tanzania; island nations of Mauritius, Maldives and Seychelles. It was also the first time that Philippines and Cambodia participated.

The six days of engagement included an International Seminar on Humanitarian Assistance and Disaster Relief (HADR )with participating Nations like Bangladesh, Indonesia, Myanmar and Philippines sharing lessons from their recent first hand experiences in handling disasters such as cyclones, earthquakes and Tsunamis. In his keynote address, the Chief of Naval Staff, Admiral DK Joshi, emphasized the need for developing capacity and procedures based on common principles and considerations. He stated that ‘Rapid Deployment’, Co-ordination, Logistics and Medical Aid are cardinal considerations for founding common procedures for HADR operations. He expressed appreciation for the concerted efforts to enhance HADR co-operation and training in the region, such as ADMMPlusHADR exercise hosted by Brunei in June 2013 and Exercise Komodo, scheduled to be hosted by Indonesia, next month, and stated that this seminar and the Table-Top exercise, being conducted under the aegis of MILAN would contribute to these efforts. He also mentioned that work is in progress towards developing a Standard Operating Procedure for HADR under the Indian Ocean Naval Symposium (IONS).The proceedings of the seminar focused on ‘Maritime Cooperation for Disaster Preparedness and Response’, ‘Capacity Building for Coordinated HADR Operations’ and ‘Mechanisms for Sharing of Best Practices through fora such as Milan and IONS’. 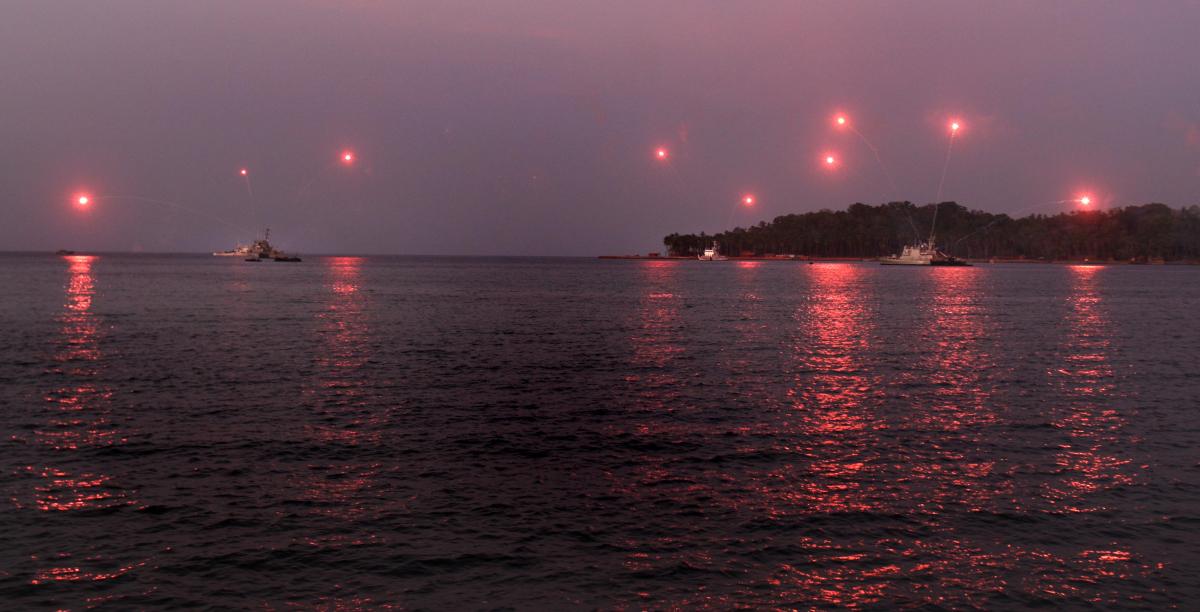 A table top exercise on HADR called “Rahat” was conductedon 08th Feb in which delegates from the participating nations/ ships were presented with a topical situation on HADR operations. Delegates grouped into multinational teams evolved a combined response to the eventuality and various options were analysed during the course of the exercise. This was followed by a discussion on various key issues like preparedness and response strategies for maritime forces in those regions prone to disasters, Logistics management issues, strategies for HADR kits and supply chain management of relief stores and regional cooperation between maritime forces during HADR operations. As different nations have evolved their own mechanisms and procedures for conduct of such operations a substantial gain was accrued from sharing these experiences and expertise. The exercise was a milestone step towards enhancing the confidence levels for cooperating and building the framework for establishing Standard Operating Procedures (SOP) for such operations.

MILAN, with its emphasis on building friendship and understanding between personnel at the tactical level, also presented ample opportunities for the sailors to build personal bonds and friendships over a food festival, cultural programmes and sports activities. It was the first time that MILAN included a jungle survival drill and a special sporting event in the form a triathlon which saw healthy participation.

The afternoon of 08th Feb saw the Marine Drive in Port Blair transformed into a colourful and festive site during the impressive International City Parade. The local public turned up in massive numbers and adorned the entire stretch of the Marine Drive. The colourful International City Parade showcased the rich heritage of the Andaman and Nicobar Islands and gave the audience a glimpse of the Indian culture and the Armed Forces. In addition to a breathtaking Fly Past by aircraft of the Indian Navy and the Indian Air Force, the parade included a mesmerising operational demonstration of the Indian Navy involving covert operations by the Marine Commandos and a SAR demo. A spectacular Sky Diving display by the Akash Ganga Sky Diving team of the Indian Air Force also enthralled the audience. The March Past itself had contingents of the Indian Army, Indian Navy, Indian Air Force, and the Indian Coast Guard, along with military bands and contingents from the foreign ships participating in MILAN 2014. The March Past was followed by a cultural show which included the Nicobar tribal dance and an Air Warrior rifle drill display followed by a procession of various tableaus from the Andaman and Nicobar Command. 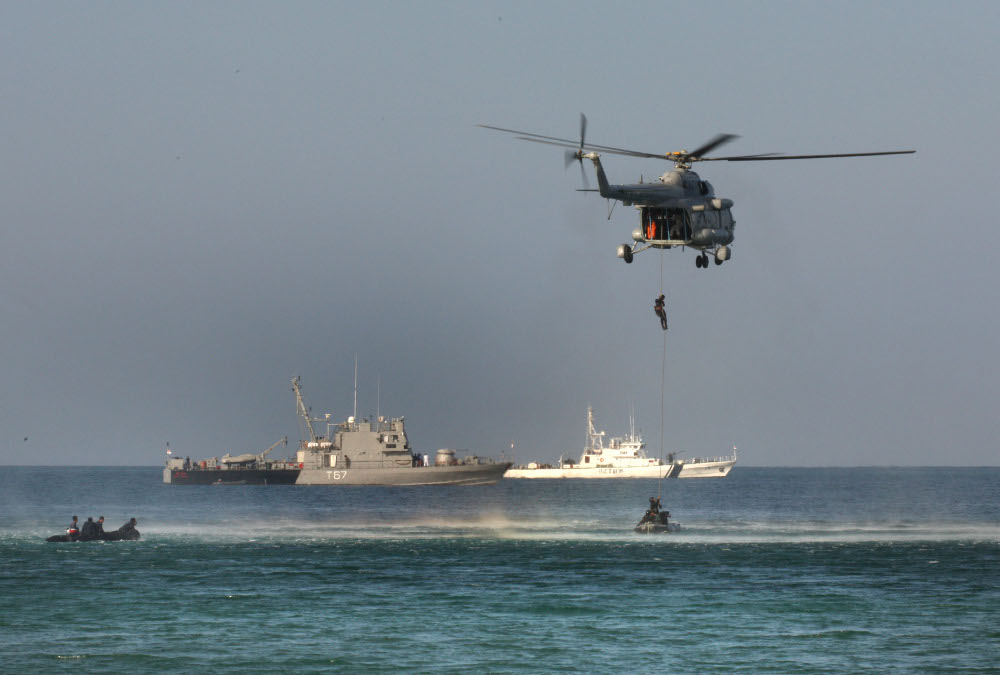 The success of MILAN can be measured from the response received from the delegates/special guests. Almost all delegates had superlative adjectives to describe the MILAN 14. To quote a few, the High Commissioner of Bangladesh Mr. Tarig A Karim praised the effort of the Indian Navy in creating the event which fostered the spirit of “MILAP” between friendly navies. The Commanding Officer of the Malaysian ship KD Kelantan simply said “Fantastic experience”, Cdr David Guy McEwan of New Zealand extolled the event organizers for getting together so many countries and creating such an amiable environment “outstanding” he said. Cmde Aung Zaw Hlaing was particularly happy that MILAN gave his sailors an opportunity to meet and interact with sailors of so many other navies.

In all, the bonhomie and the understanding generated was particularly impressive given the geographic and cultural diversity of the participating Nations ranging from Kenya and Tanzania in the West to New Zealand in the East.