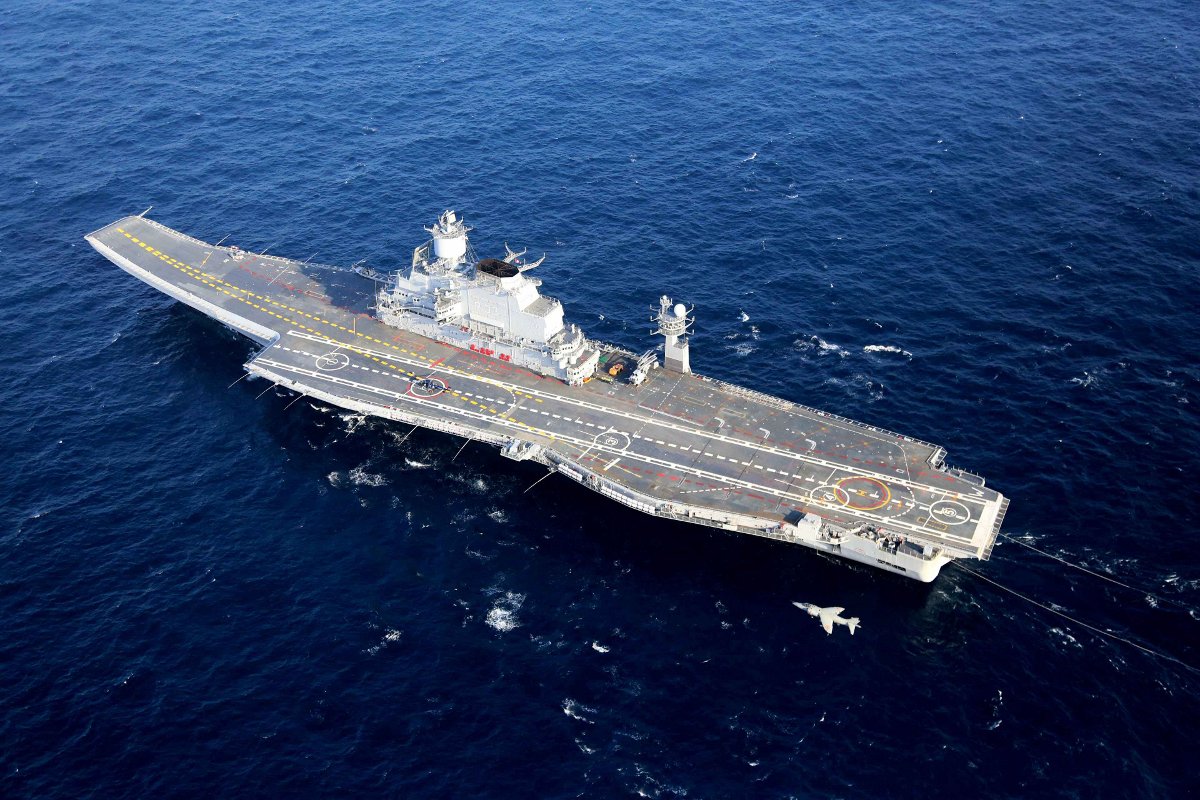 INS Vikramaditya, the floating airfield has an overall length of about 284 meters and a maximum beam of about 60 meters, stretching as much as three football fields put together. Standing about 20 storeys tall from keel to the highest point, the sheer sight of this 44,500 tonne mega structure of steel is awe inspiring. The ship has a total of 22 decks.

With over 1,600 personnel on board, INS Vikramaditya is literally a ‘Floating City’. With a capacity of over 8,000 tonnes of LSHSD, she is capable of operations up to a range of over 7,000 nautical miles or 13000 kms. 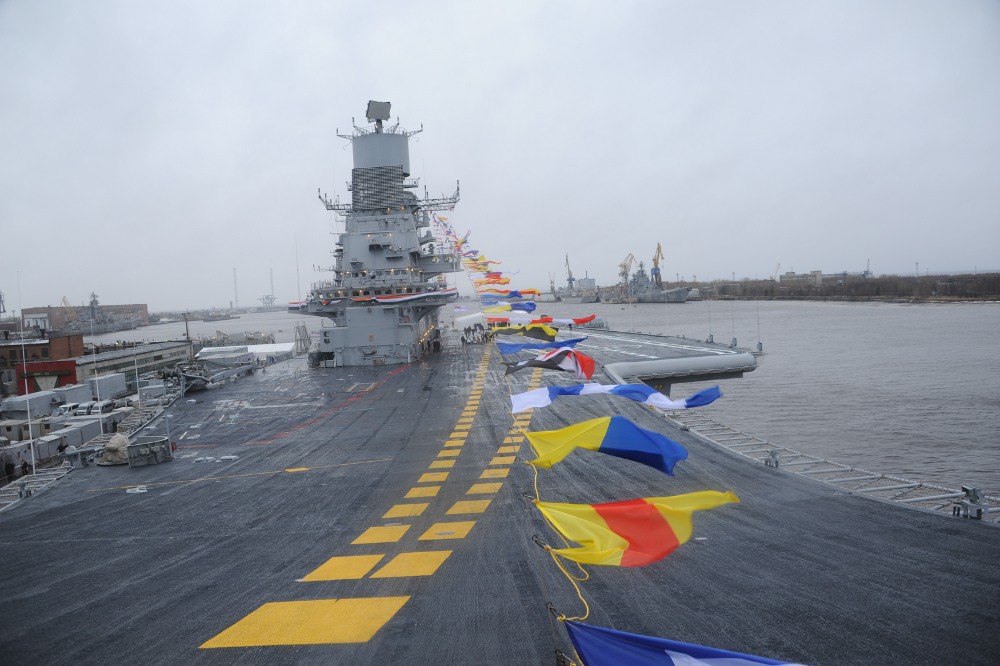 To enable this 44,500 tonnes floating steel city to cut through the choppy seas with speeds of up to 30 knots, she is powered by 08 new generation steam boilers generating a total output power of 180,000 SHP. These boilers power four enormous propellers, each greater in diameter than twice the height of an average male. Such a four propeller - four shaft configuration is another first in the Indian Navy.

The power generation capacity onboard is about 18 megawatts enough to cater to the lighting requirement of a mini city. An extensive revamp of sensors including fitment of Long range Air Surveillance Radars, Advanced Electronic Warfare Suite makes the ship capable of maintaining a surveillance bubble of over 500 kms around the ship. 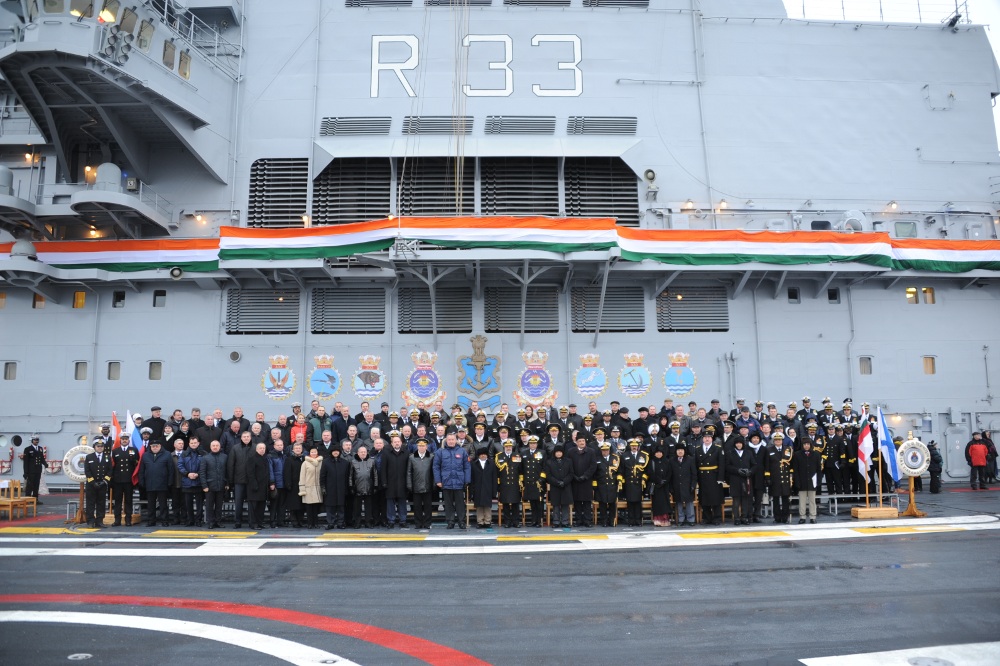 The ship has the ability to carry over 30 aircraft comprising an assortment of MiG 29K/Sea Harrier, Kamov 31, Kamov 28, Sea King, ALH-Dhruv and Chetak helicopters. The MiG 29K swing role fighter is the main offensive platform and provides a quantum jump for the Indian Navy’s maritime strike capability. These fourth generation air superiority fighters provide a significant fillip for the Indian Navy with a range of over 700 nm and an array of weapons including anti-ship missiles, Beyond Visual Range air-to-air missiles, guided bombs and rockets.

The ship is equipped with state of the art launch and recovery systems along with aids to enable smooth and efficient operation of ship borne aircraft. Major systems include the LUNA Landing system for MiGs, DAPS Landing system for Sea Harriers and Flight deck lighting systems. 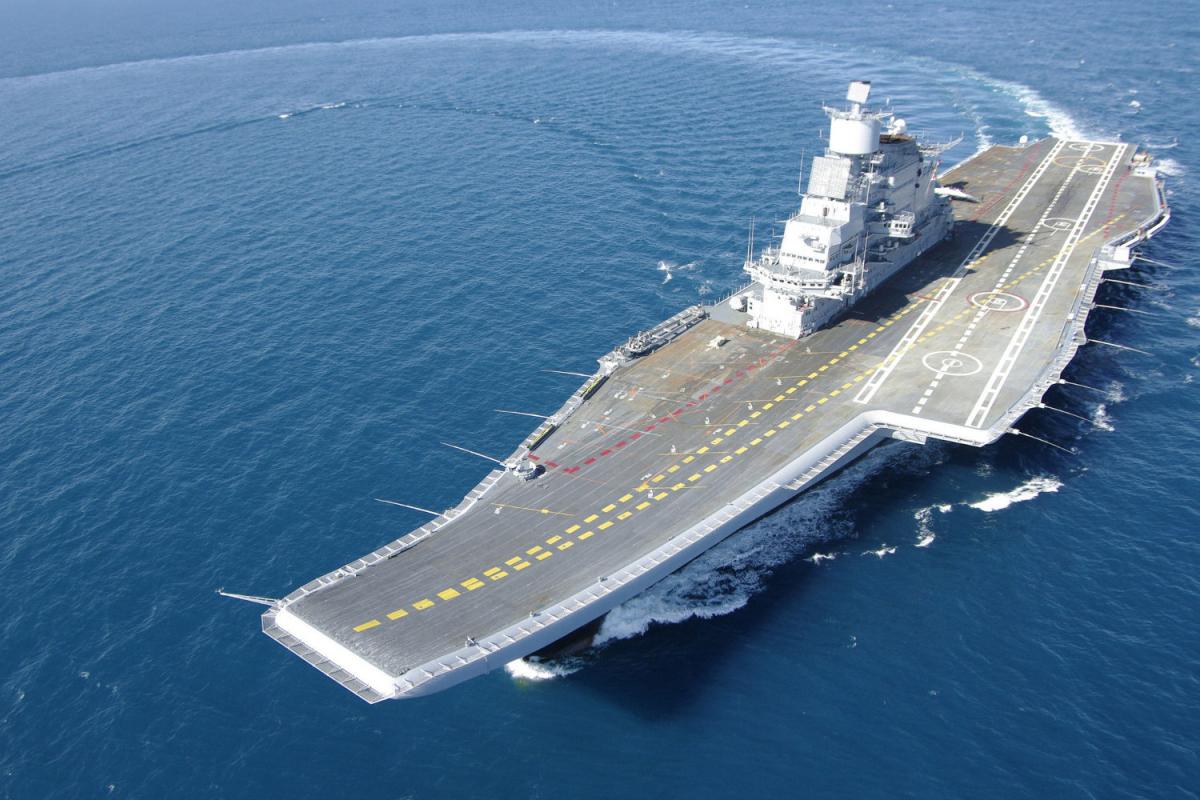 Big & Agile : During her sea trials

The heart of the operational network that infuses life into the combat systems onboard the ship is the Computer aided Action Information Organisation (CAIO) system, LESORUB-E, with the capability to gather data from ship’s sensors and data links and to process, collate and assemble comprehensive tactical pictures. This state of the art system has been specifically designed keeping in mind the essential requirement on the carrier for fighter control and direction. 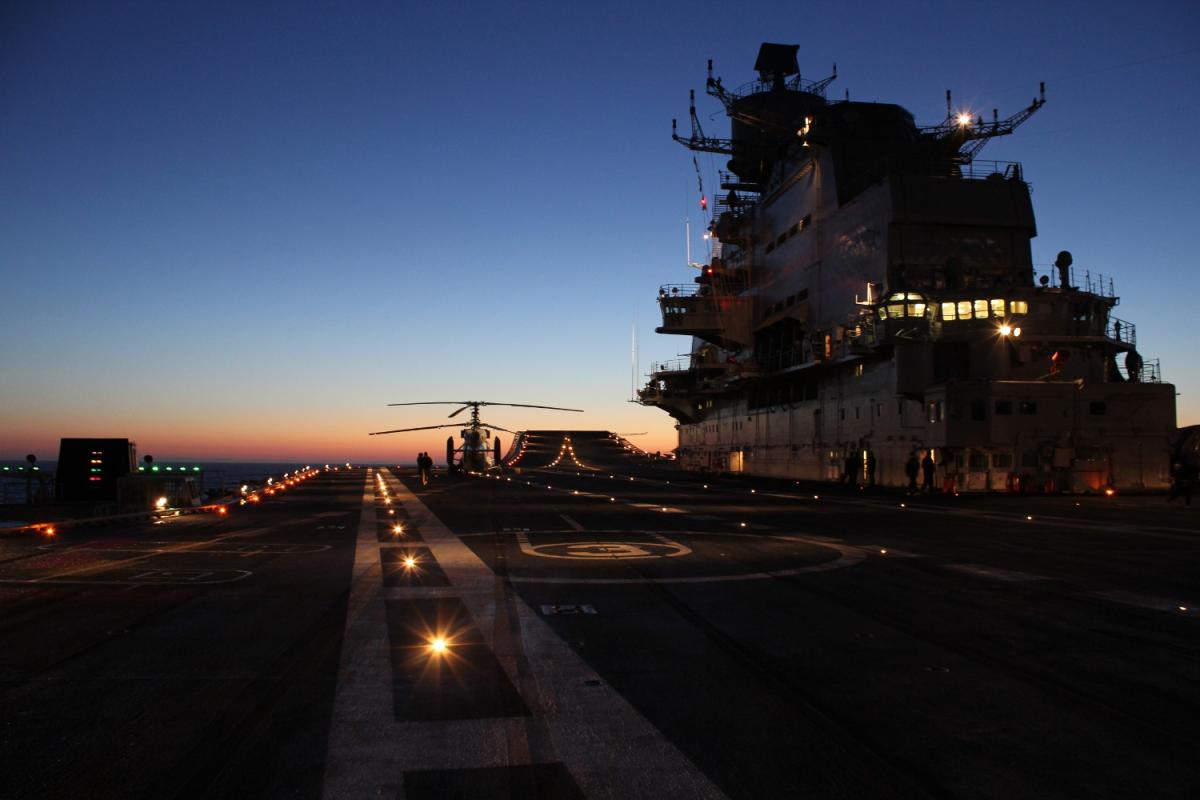 One of the most prominent equipment fitted on the super structure is the Resistor-E radar complex. Resistor-E is the automated system designed for providing air traffic control, approach/landing and short range navigation for ship borne aircraft. This complex along with its various sub-systems provides navigation and flight data to ship borne aircraft operating at extended ranges from the mother ship. The precision approach guidance system aids the fighters on approach to be directed down to a distance of 30 meters short of flight deck. INS Vikramaditya also boasts of a very modern communication complex, CCS MK II, to meet her external communication requirement. Installation of Link II tactical data system allows her to be fully integrated with the Indian Navy’s network centric operations. 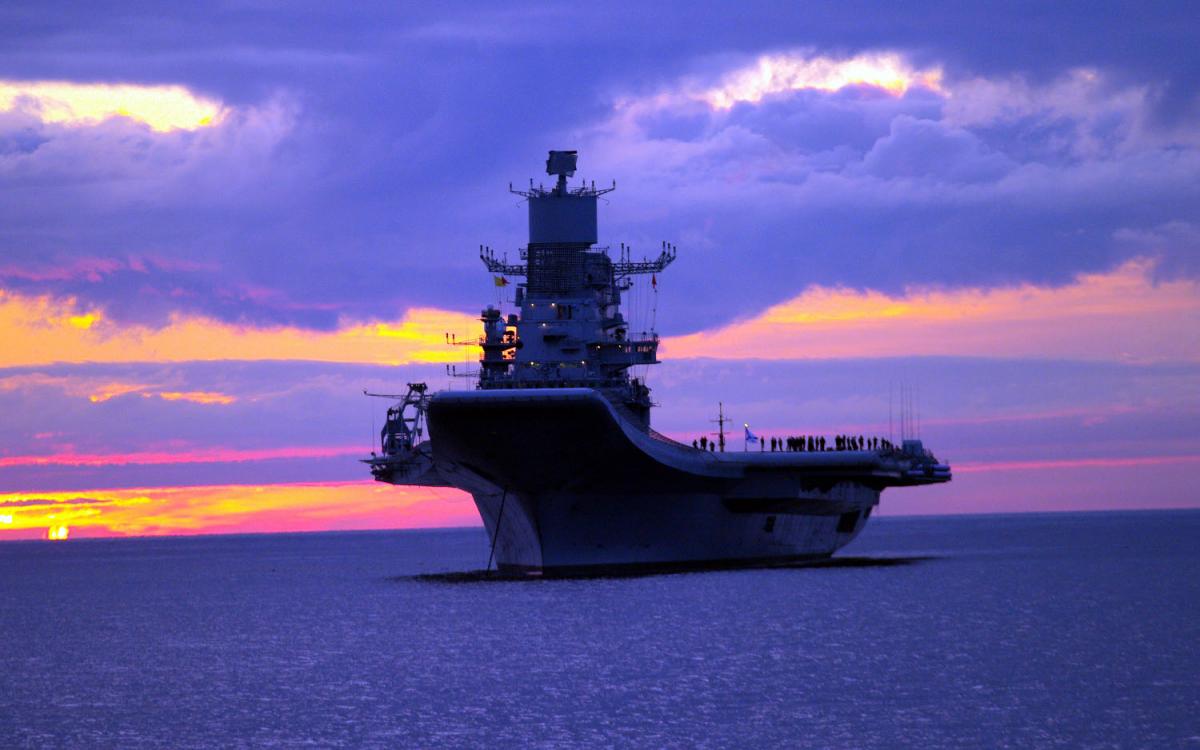 In Baltic Sea during her sea trials