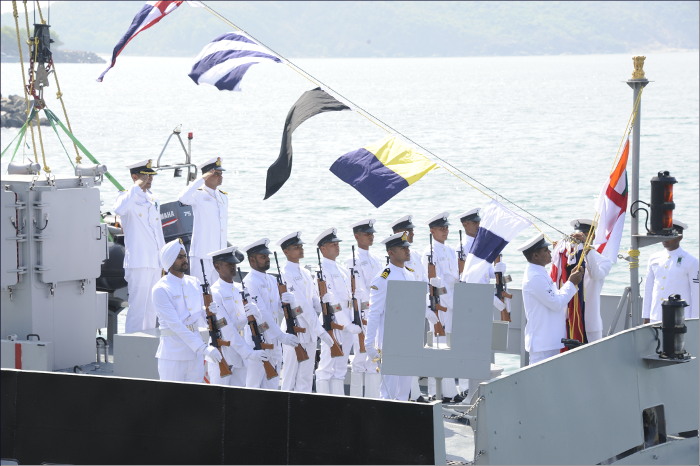 The ship being commissioned

INS Tillanchang is the third ship of four follow-on WJFAC built by the Garden Reach Shipbuilders and Engineers (GRSE) Kolkata. The first two ships of the class, IN ships Tarmugli and Tihayu were commissioned in 2016 and are based at Visakhapatnam. The ship has been indigenously designed and built and is an upgrade from the Chetlat class of Fast Attack Craft that the Indian Navy possesses. 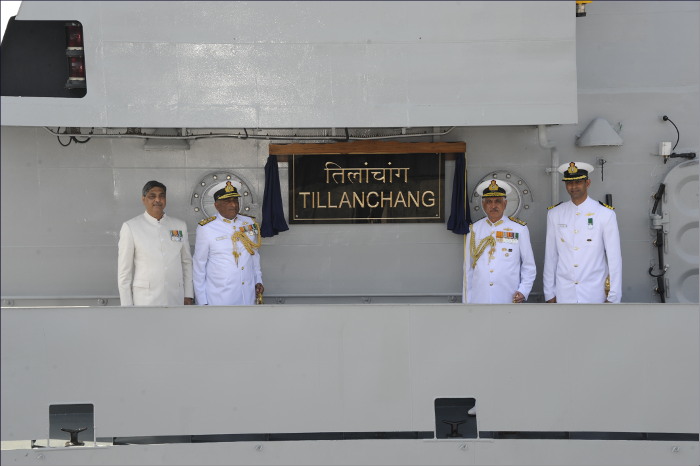 Speaking on the occasion Vice Admiral Girish Luthra said that these ships play a vital role in light of security environment in the country and are designed to take on both conventional and asymmetric threats.  He apprised the gathering that Tillanchang was able to achieve the fastest speeds among all WJ FACs during the speed trials. 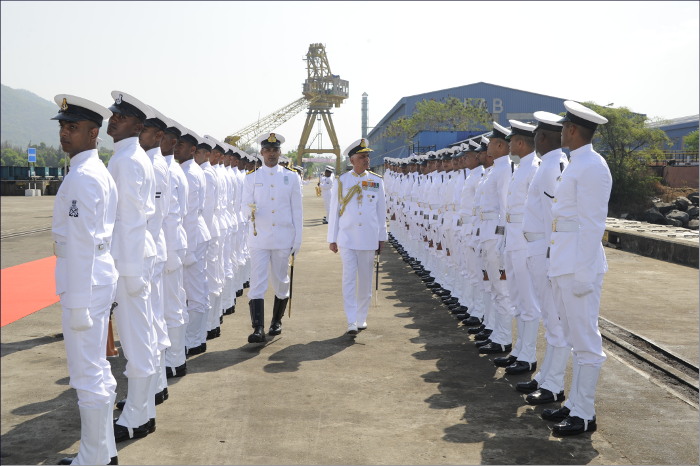 INS Tillanchang is about 50 m long and powered by three waterjet propulsion system, which give it speeds of over 35 knots. The ship is armed with a 30 mm main gun and a number of light, medium and heavy machine guns to undertake operations at sea. It is manned by 50 personnel. Tillanchang, commanded by Commander Adit Patnaik, is an ideal platform for a number of missions like Coastal and Off-shore Surveillance, EEZ Control, Law Enforcement as well as non-military missions such as Search and Rescue, Humanitarian Assistance and Disaster Relief. INS Tillanchang will be based at Karwar under the operational control of the Flag Officer Commanding, Karnataka Naval Area.