The Indian Navy commissioned the highly maneuverable Fast Attack Craft INS Tarmugli on 23 May 16 at the hands of Vice Admiral HCS Bisht AVSM, Flag Officer Commanding-in-Chief, Eastern Naval Command at a formal ceremony held at Naval Dockyard, Visakhapatnam. INS Tarmugli is being based in Visakhapatnam under the Naval Officer-in-Charge (Andhra Pradesh) and would be deployed for coastal patrol and surveillance operations along the East Coast of India. 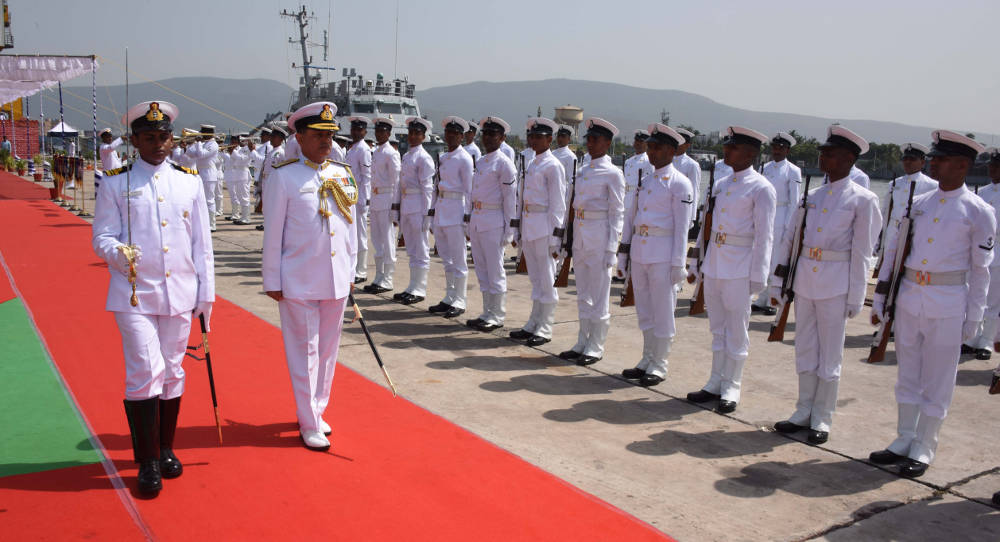 Built by M/s Garden Reach Shipbuilders and Engineers Ltd (GRSE), INS Tarmugli is the first Follow-on Water Jet Fast Attack Craft (WJFAC), is an improved version of WJFAC, earlier constructed by GRSE. Conceived, designed and built indigenously, the commissioning of this ship completes the addition of another chapter to the nation’s ‘Make in India’ initiative and indigenisation efforts in the field of warship design and construction. 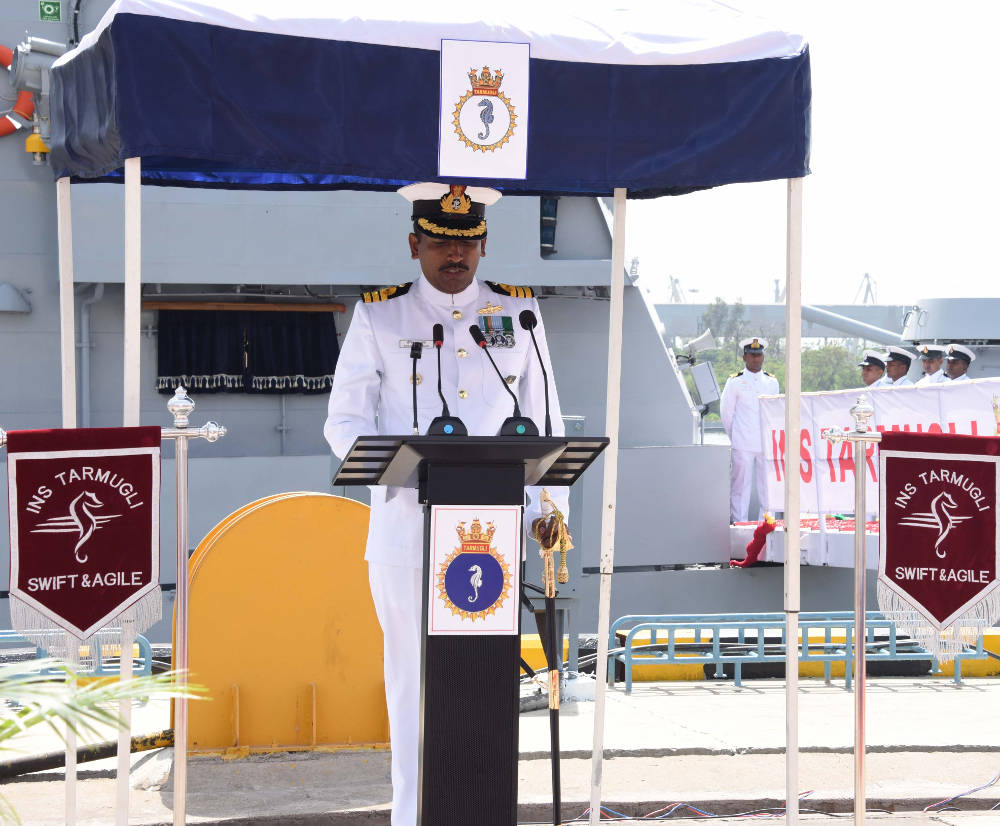 Named after a picturesque island in the Andaman group, the 320-tonne INS Tarmugli, measuring 48 meters in length, can achieve speeds in excess of 30 knots. The ship is manned by a team comprising four officers and 41 sailors with Commander Sreejith S Nair at the helm as Commanding Officer. The ship is capable of operating in shallow waters at high speeds and is equipped with enhanced fire power. Built for extended coastal and offshore surveillance and patrol the warship is fitted with advanced MTU engines, water jet propulsion and the latest communication equipment. 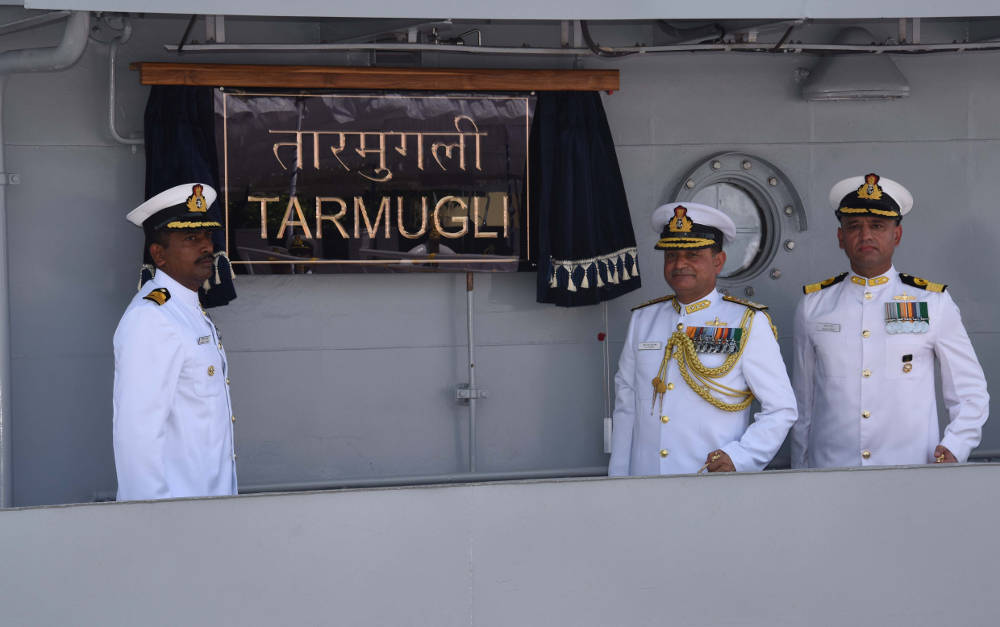 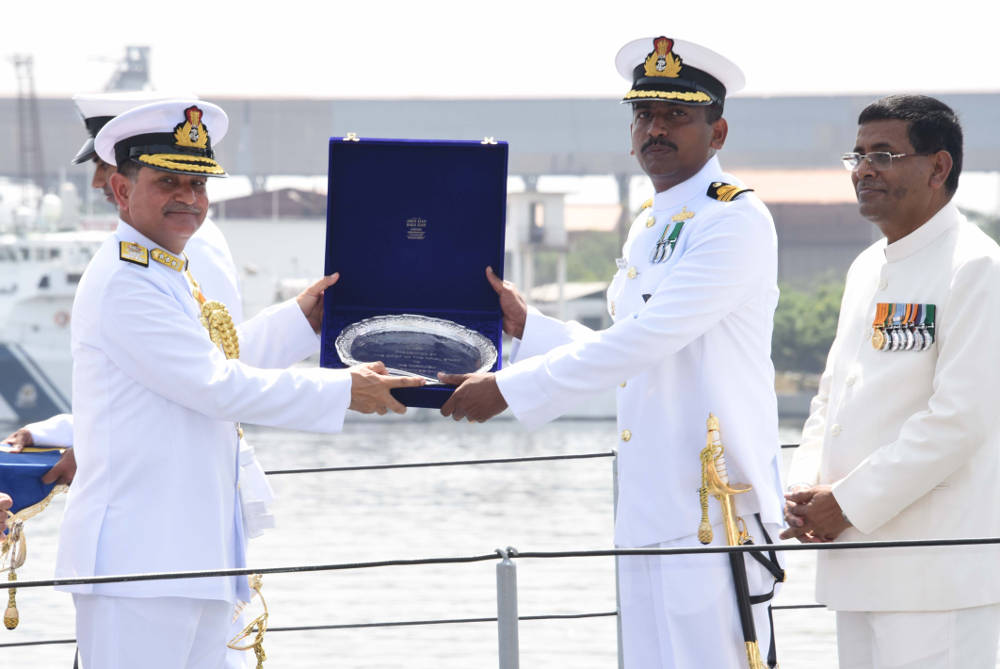