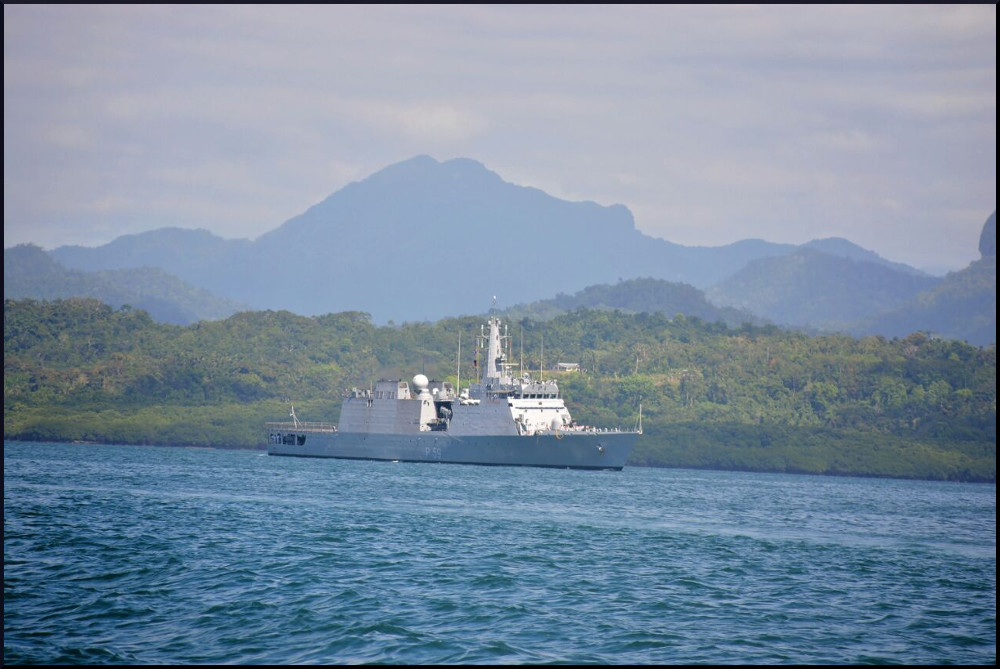 Indian Naval Ship Sumitra, an offshore patrol vessel, arrived at Suva, Fiji on a three day visit from 26 to 29 Oct 16, as part of her operational deployment to Southern Indian Ocean and the Western Pacific, in pursuit of India’s ‘Act East’ policy and outreach to friendly countries. 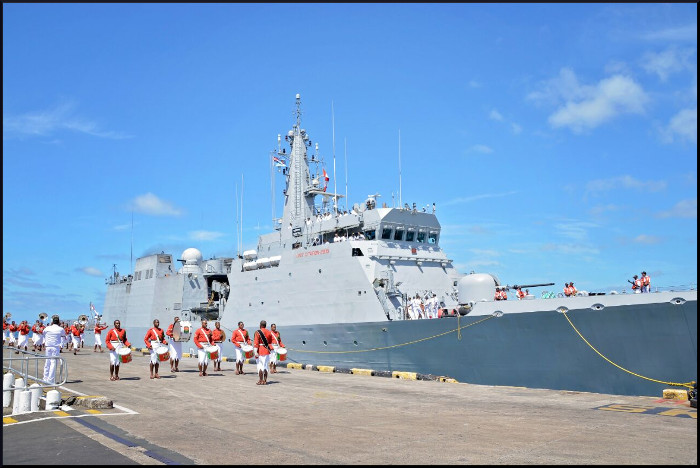 The visit is aimed at strengthening bilateral ties and enhancing maritime security cooperation between the two countries. Sumitra, is the fourth of the Saryu class ships, based on an indigenous design, constructed by M/s Goa Shipyard Ltd, India. Since commissioning in 2014, the ship has been deployed for multiple operational tasks, the most notable being ‘Operation Rahat’, which entailed the evacuation of personnel of various nationalities from war-torn Yemen in 2015. The ship has a range of 6,500 nautical miles and is capable of embarking one Dhruv/ Chetak helicopter. The ship is commanded by Cdr KP Shreeshan. 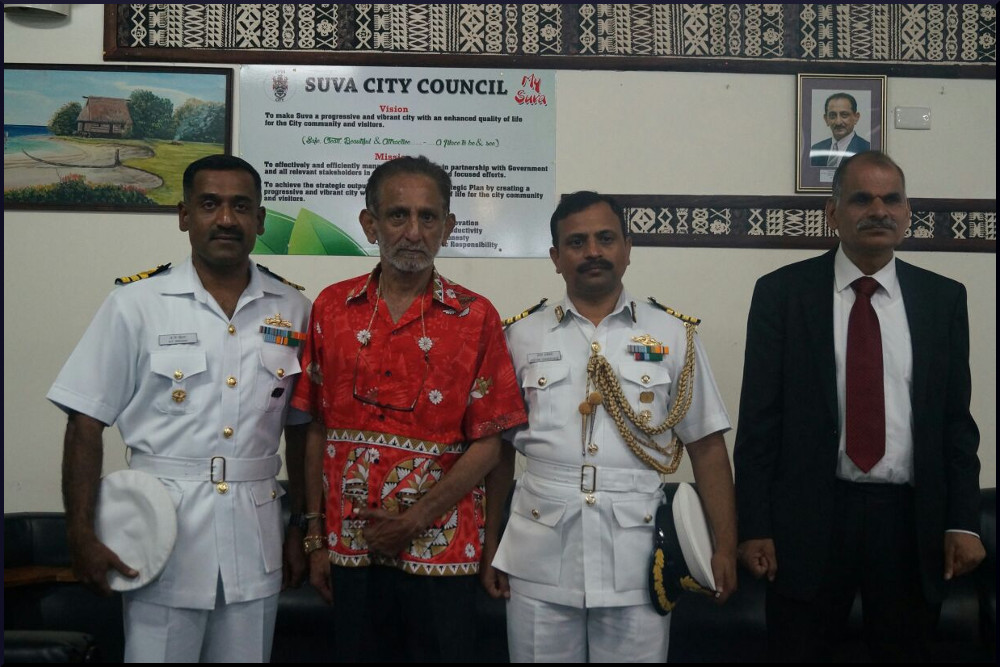 During the stay in harbour, various activities are planned towards enhancing cooperation and mutual understanding between the Indian Navy and the Fiji Navy. Official calls and interaction with dignitaries of the Fiji government and the Fiji Navy, onboard visits by local populace, visits for Indian Navy personnel and professional interaction between personnel of both navies are also planned. The ship’s crew would also participate in community service, sports events and social fixtures. The ship is also carrying five tons of seeds as part of the relief material provided by the Govt of India to Fiji. On departure, the ship is also likely to undertake a Passage Exercise (PASSEX) with the Fiji Naval ships. (TBC) 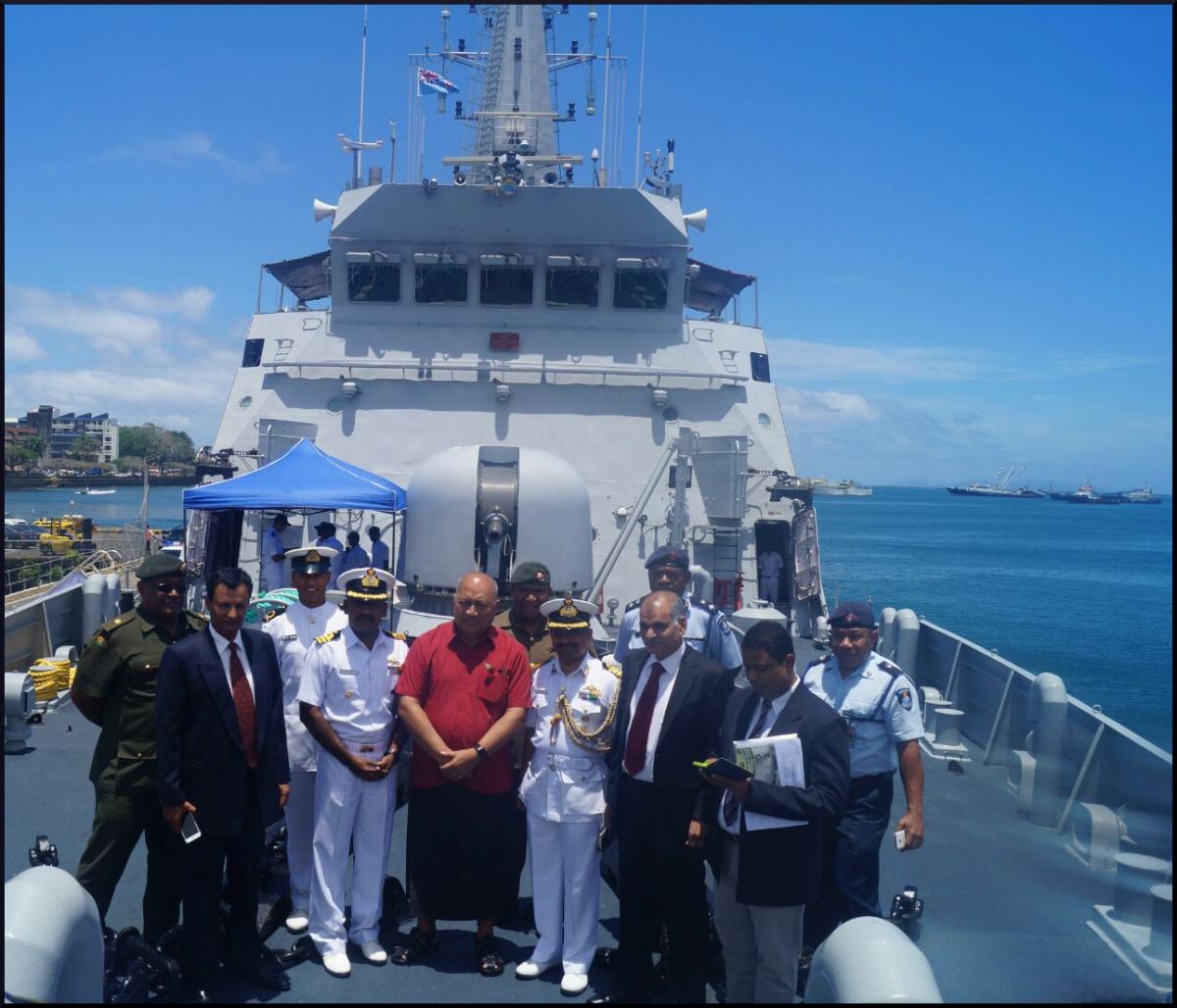 HE Rate Inke Kubuabola, Minister of Defence and National Security, Republic of fiji, Onboard Sumitra

India and Fiji have historical cultural linkages dating back to the 19th Century. The bilateral relationship has grown significantly, with high level exchanges in the recent past. The Hon’ble Prime Minister of India, Shri Narendra Modi visited Fiji in November 2014. The visit of INS Sumitra to Suva will further strengthen this bilateral relationship and contribute to maritime security and peace in the South Western Pacific Ocean.

HE Rate Inke Kubuabola, Minister of Defence and National Security, Republic of fiji, Onboard INS Sumitra