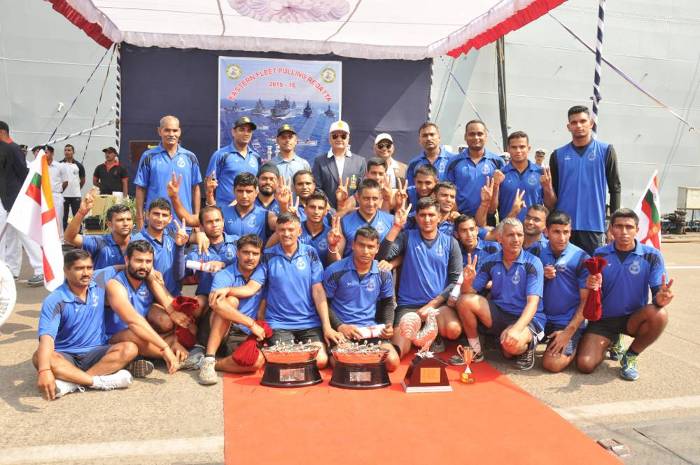 The Eastern Fleet Pulling Regatta was held at Naval Dockyard, Visakhapatnam on 09 January 16. A total of 14 teams competed across five categories namely Best Whaler, Officers, Senior Sailors, Junior Sailors and Two Men Kayak race covering a distance of 1.3 km. Vice Admiral Satish Soni, PVSM, AVSM, NM, ADC, Flag Officer Commanding-in-Chief, Eastern Naval Command  who was the Chief Guest for the occasion presented the awards to the winners and runners up in the presence of a large gathering of naval personnel. 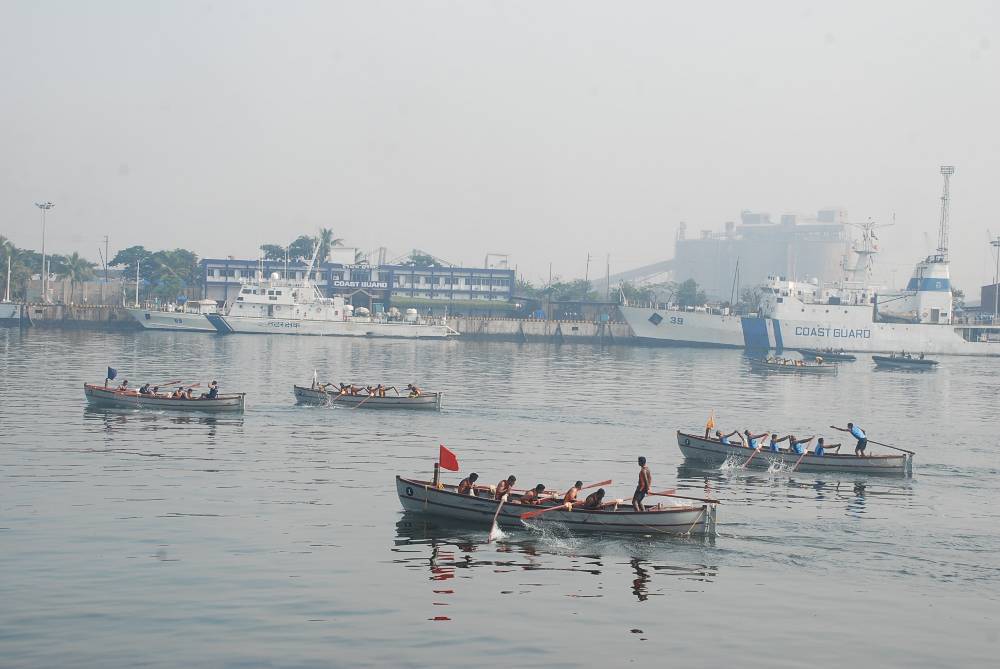 The Pulling Regatta is a keenly contested  ‘Whaler’ boat races that signifies the highest standard of physical and mental application, team work, coordination and sustained hard work with the will to fight for victory. The ‘Whaler’ is 27 feet boat that is rowed by five able bodied men called ‘pullers’ using 17 feet oars, and steered by a coxswain. Historically, pulling a bank of oars represents the earlier form of propulsion. The pulling regatta is a sailor’s way of re-emphasising the importance and the virtue of pulling together in harmony. For the modern sea going fraternity, it signifies team work, enthusiasm, camaraderie and ‘josh’.

INS Ranvir won the most coveted ‘Cock Trophy’ in a very keenly contested competition. The winning ship would be called the Cock Ship till the next Regatta. The Chief Guest while addressing the gathering complimented everyone for the tremendous spirit and reminded them that pulling together is the ethos of the Navy. He also underscored the importance of sports and physical fitness in naval life.