India's Largest Bank Teams up with The Nation's Largest Warship

INS Vikramaditya, the largest warship and latest aircraft carrier of the Indian Navy, has a strength of over 1500 personnel. A versatile national capability and a full-fledged township by herself, the ship has a new acquisition – an ATM machine installed onboard by the nation’s largest bank and banking network, the State Bank of India. The one-of-a-kind ATM machine was inaugurated onboard at a function at the Naval Base Karwar on 21 Jan 17, jointly by Rear Admiral KJ Kumar, Flag Officer Commanding, Karnataka Naval Area and Shri Rajnish Kumar, Managing Director and Group Executive (National Banking Group), State Bank of India. 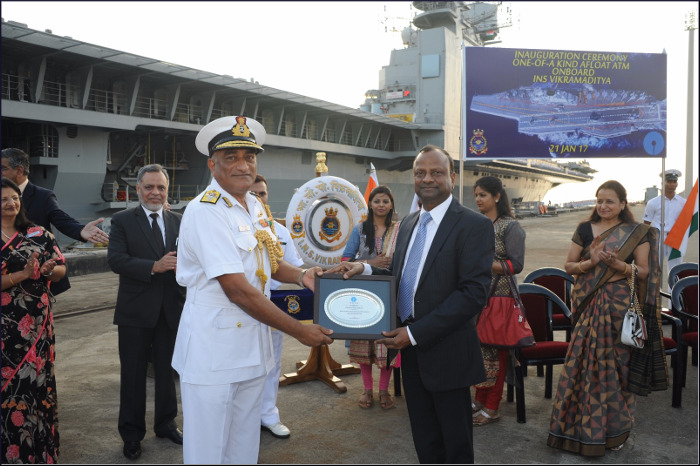 The facilities offered by the State Bank of India to the ship include cash withdrawals, generation of mini-statements, access to bank balance details and change of PIN numbers. In the near future, the facility will be upgraded to a recycler machine with a cash deposit facility. Additionally, facilities like cash transfer, Card-to-Card transfer, Credit Card payment, mobile number registration and updation would also be available. The Indian Navy has a Memorandum of Understanding with the State Bank of India that operates Defence Salary Packages. This joint venture between India’s largest warship and largest banking network is a significant step towards cementing the partnership between the Navy and the bank further, underlines the mutually supportive relations the two organisations share. The ATM machine is a unique floating banking system, and along with the Point of Sale machine that is also proposed to be installed onboard, would go a long way in supporting cashless transactions on the ship, in line with the government’s policy of digitising the India economy. 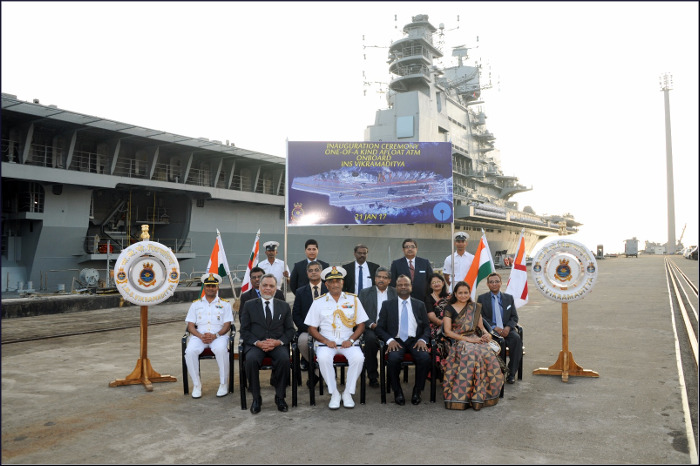 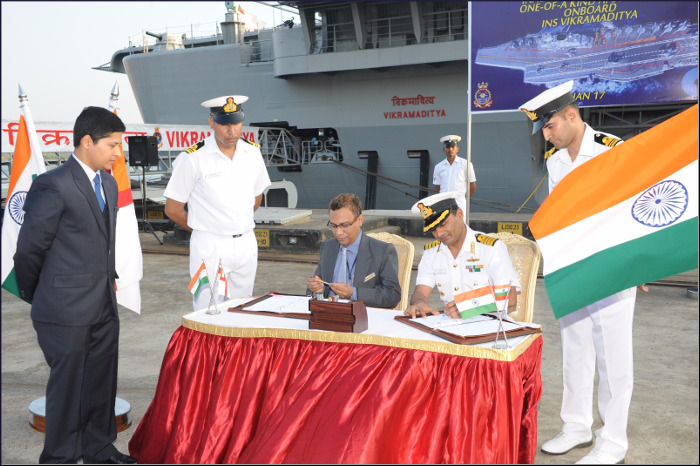 Speaking on the occasion, Captain Krishna Swaminathan, Commanding Officer of INS Vikramaditya stated that the ATM machine will add to the variety of other facilities and amenities available to the crew. It will enable personnel of the ship to manage their domestic financial requirements better and assist them in conducting their money transactions at their own convenience. Shri Rajnish Kumar, MD, mentioned the glorious achievements and history of the Indian Navy as well as the SBI. He said the two institutions are symbols of national achievement and this inauguration would extend the digital footprint of the country nautical miles beyond Indian shores. RAdm KJ Kumar said it was a matter of pride for Navy to be associated with the largest Indian bank and that this event would take the partnership between the two many notches higher. He also expected the relationship between the two to grow from strength to strength in the years ahead. 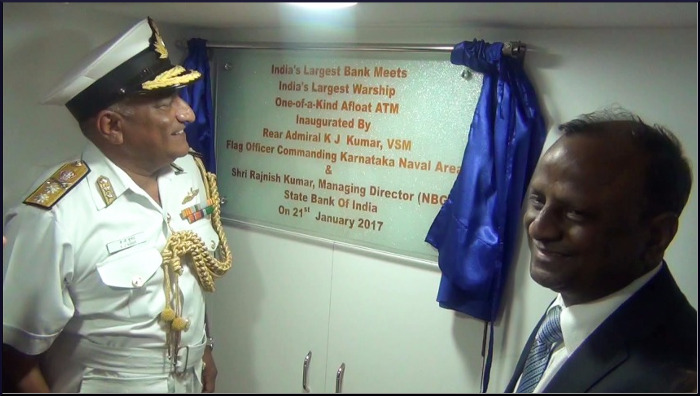 SBI Staff with ATM onboard VKD