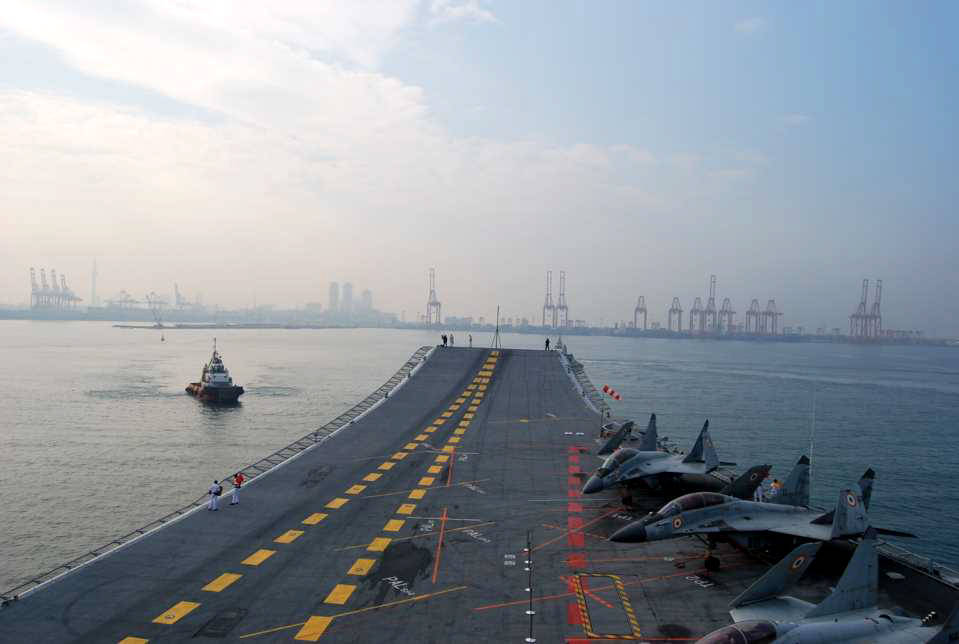 Indian Naval ships Vikramaditya and Mysore are on an official visit to Colombo from 21 -23 Jan 16. The ships are part of the Indian Navy’s Western Fleet based at Mumbai.During the visit, the warships will have professional interactions with the Sri Lankan Navy for further enhancing already close co-operation between the two Navies. In addition, a number of sports and social engagements are planned, which are aimed at strengthening ties and mutual understanding between the two Navies. On departure from Colombo, the ships will participate in a Passage Exercise with the Sri Lankan Navy. 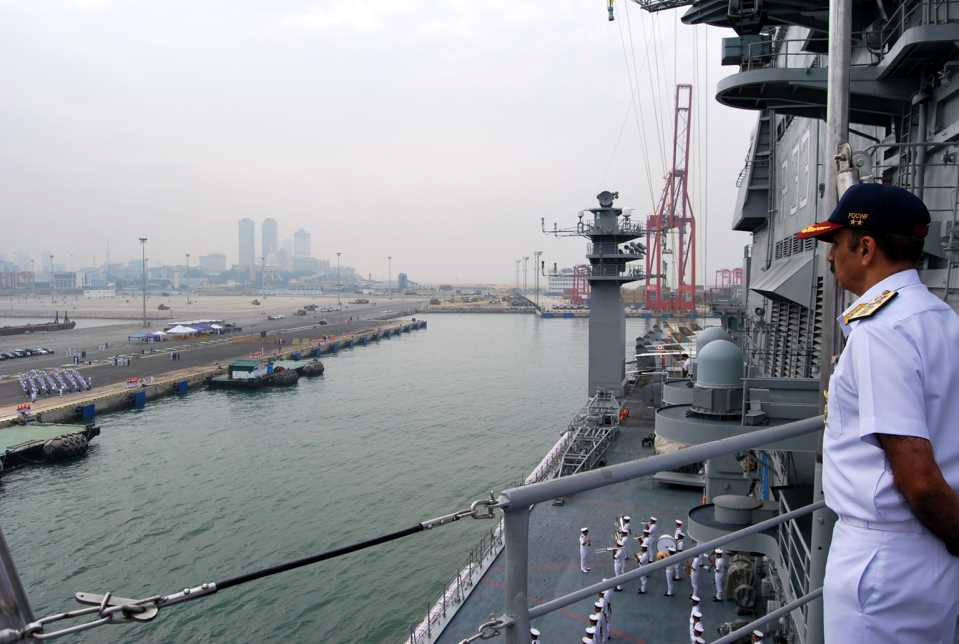 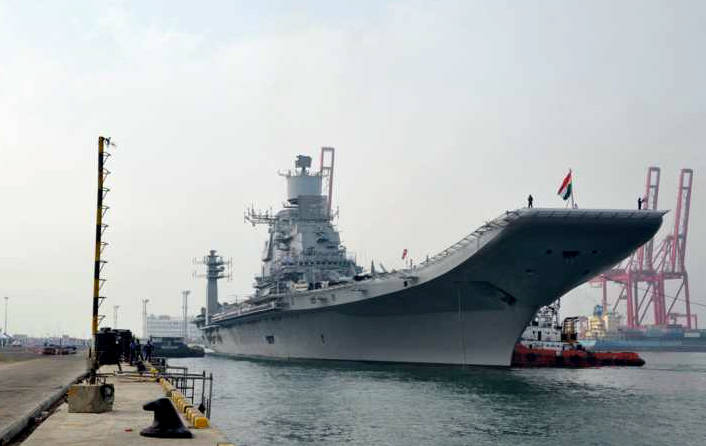 India and Sri Lanka are close maritime neighbours with strong and extremely cordial defence and diplomatic relations. The two navies regularly interact during Exercise SLINEX, which is held every alternate year. Indian Navy also hosts a number of trainees from the Sri Lankan Navy in various professional schools. The current visit seeks to highlight the importance accorded by India to bilateral relations with Sri Lanka and to strengthen the existing bonds between the two countries.

INS Vikramaditya is one of the two aircraft carriers operated by the Indian Navy. A state-of-the-art ship, Vikramaditya is equipped with a variety of integral weapons and sensors and operates a versatile range of high-performance aircraft, such as the MiG 29K fighters, KM 31 AEW helicopters, multi-role Seakings and utility Chetaks. The ship is over 285 meters long and 60 meters wide. Her 23 decks scale a height of 60 meters. She is accompanied by indigenously constructed INS Mysore, a frontline missile destroyer.