In a demonstration of India’s commitment to its ties with Seychelles and to promote maritime security in the Indian Ocean Region, Indian Naval Ship Shardul has arrived at Port Victoria on a three day visit. INS Shardul, an amphibious ship of the Indian Navy, is currently on a month long deployment in the Southern Indian Ocean in keeping with the vision of SAGAR – Security and Growth for All in the Region. Accordingly, the Indian Navy will be progressing maritime security cooperation with Seychelles Coast Guard towards ensuring a secure and stable regional maritime environment for unhindered economic development in the region. 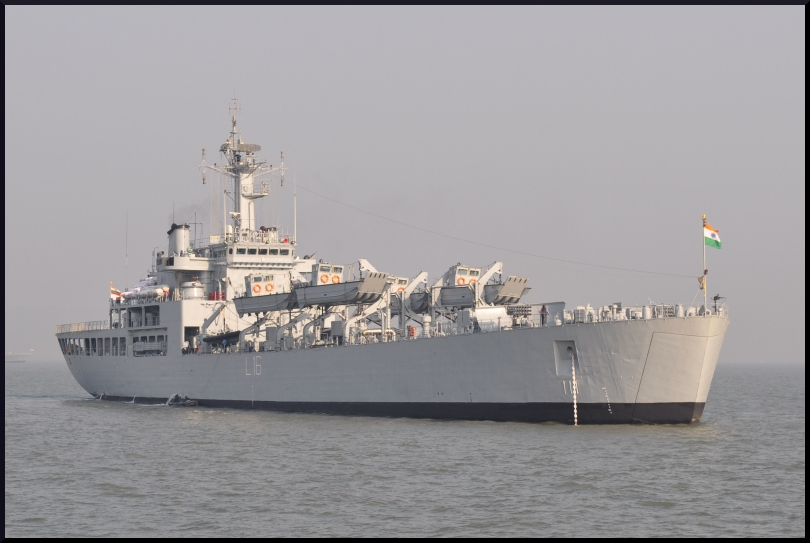 INS Shardul’s visit is part of its mission to carry out surveillance in the Seychelles EEZ with SCG personnel embarked onboard. During the deployment, INS Shardul  would also assist local authorities in providing logistics and medical support to the outer islands of Seychelles. Calls on senior Government and military authorities, training and technical cooperation measures with SCG, sporting and cultural interactions, aimed at strengthening ties and mutual understanding between the two forces, are also planned. At the helm of the ship is the Commanding Officer, Commander Abhishek Kumar who is assisted by a team of professional and highly motivated men of the Indian Navy.

The deployment adds another chapter to the strong defence and maritime cooperation between India and Seychelles. The Indian Navy regularly undertakes surveillance missions in the Seychelles EEZ, by deploying IN ships and aircraft, based on request by the Government of Seychelles. The current year has seen two such deployments, the first by the state-of-the-art, P8I maritime reconnaissance aircraft in March 2016 and the second by Indian Naval Ship Trikand in July 2016. In addition, ships of the Western Fleet had visited Port Victoria in August 2016, during their deployment to the Western Indian Ocean. The current visit seeks to strengthen the strong bonds of friendship between India and Seychelles and contribute to peace and maritime security in the region.