Indian Navy’s second expedition to Mount Everest was flagged off by Admiral Sunil Lanba, PVSM, AVSM, ADC Chief of the Naval Staff on 14th April 2017 by handing over the Ceremonial Ice Axe to the climbers. These climbers have been selected from various Ships, Submarines, Aircraft Squadrons and Establishments of the Indian Navy.

The theme of the Expedition being “Sagar Tal se Sagar Matha (from Seabed to Summit)”, the Ceremonial Ice Axe with the Naval Ensign was taken to the bottom of sea by diving off the coast of Karwar and now it shall be taken to the highest point on Earth, thus depicting Navy’s efforts to soar from depths of Ocean to the Summit 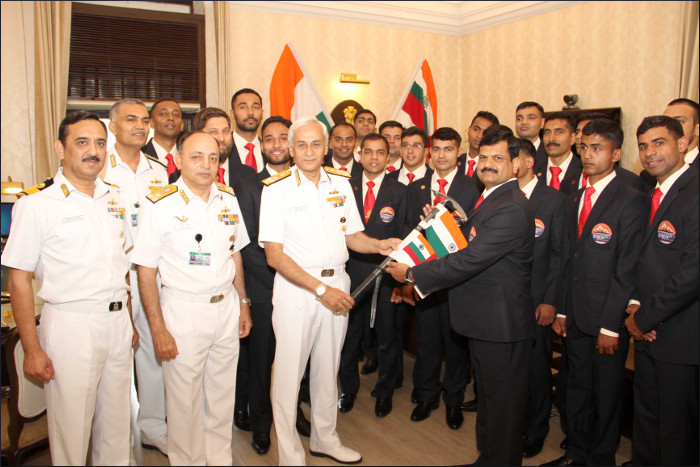 The Indian Navy’s association with the Himalayas dates back to 1965 when Capt MS Kohli of Indian Navy led the first successful Indian expedition atop the world’s highest peak. In 2004, the first all Navy expedition was flagged off from Indian Navy Submarine Sindhuraj at 50 metres below the sea and went on to plant the Naval Ensign at 8848 metres. The Navy is now looking at conquering glory by launching a second expedition to Mount Everest in May this year, Accordingly, 24 enthusiastic Naval climbers have been selected for this prestigious mission after a grueling selection process over the last two years. This event also marks the grand revival by Indian Navy of promoting mountaineering as an adventure sport and to also commemorate 50 years of first Indian ascent by Captain MS Kohli. The expedition to the highest peak in the world complements the Sagar Parikrama III (all women crew circumnavigation by sea), thus showcasing the multi dimensional prowess of the Indian Navy through adventure activities. 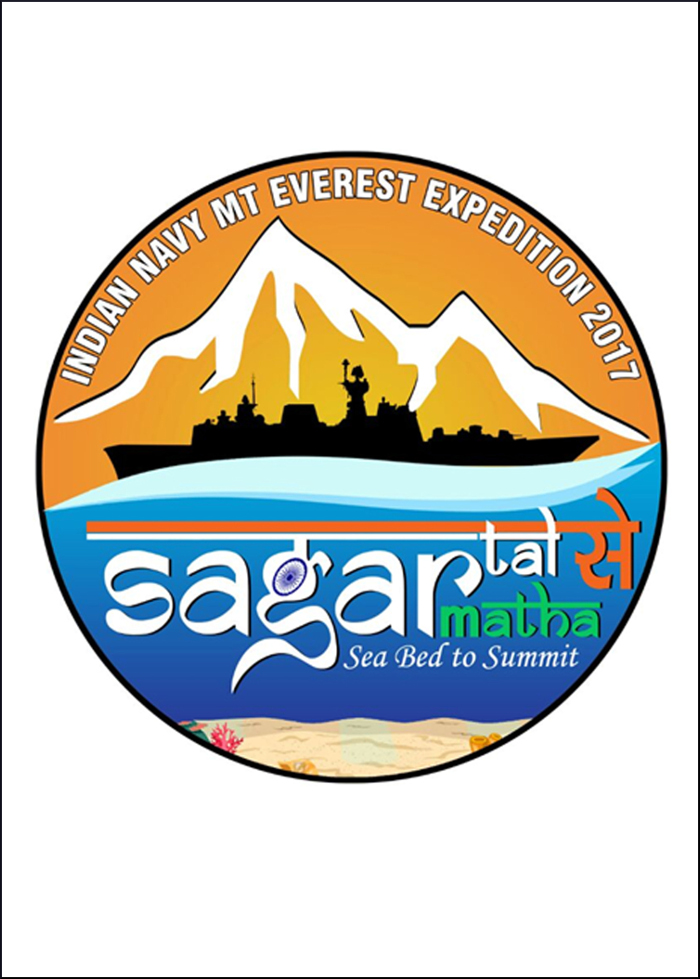 The team has undergone a month long rigorous winter training in December 2016 at the Army Mountaineering Institute located near the Siachen Glacier. Apart from improving essential ice and snow craft skills, the team endured the inhospitable terrain and extreme cold in the world’s highest and coldest battlefield at the peak of winter.

Over the last one month, the team has also undergone rigorous strength and endurance training at a consolidation camp being conducted at Delhi, which included stairs climbing with load, running, trekking, full body workouts at gymnasium under the supervision of professional experts. Yoga sessions aimed to help cope with higher altitudes with limited oxygen were also a part of this training camp. The team is now ready and eager to  get on with the arduous task ahead.