Indian Navy's Search and Rescue (SAR) operations are in full swing for the fifth day on 04 Dec 17, over Southeast Arabian Sea and L& M islands in the aftermath of Severe Cyclonic Storm 'OCKHI'. Eight naval ships, including frontline ships from Western Naval Command INS Chennai, Kolkata and Trikand, were deployed for rendering assistance to the affected islands. In addition, all aircrafts at the disposal of Southern Naval Command, including long range maritime reconnaissance aircraft P8I of Eastern Naval Command, were deployed throughout the day. 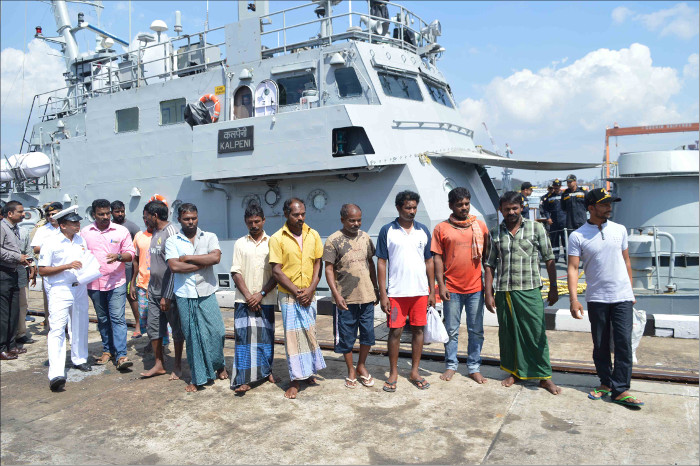 Disaster Relief material was disembarked at Minicoy on 03 Dec and at Kavaratti and Kalpeni on 04 Dec by Indian Naval Ships Sharda and Chennai. A total of 4 tonnes of disaster relief material including dry provisions(rice, dal, salt, dehydrated potato and onion), water, blankets, raincoats, disposable clothes, mosquito nets and dhurries has been handed over to the local administration by INS Dweeprakshak and Naval Detachment Minicoy. Disaster relief material of dry provisions and ready to eat meals are also being dispatched to Bitra lsland by Indian Naval Helicopter from INS Dweeprakshak at Kavaratti. The naval personnel of Naval Detachment Minicoy are assisting the local populace and administration in clearing the road and distributing food and rations to the local populace. 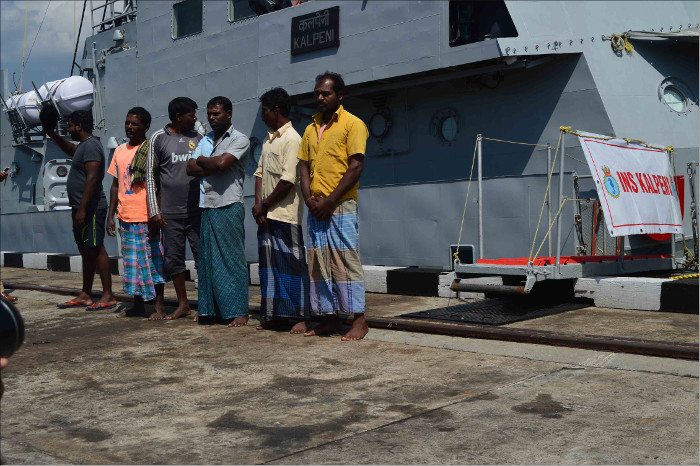 INS Kolkata rescued nine persons from FV(Fishing Vessel) Island Queen 70 miles off Bitra Island. The boat was reported missing since 15 days. The crew were found to be in satisfactory condition and their request for food, water and seamanship items was immediately met by the ship. Based on their request, the boat was escorted for 2 hours into fair weather. All the fishermen were found to be hailing from Thoppampadi, Kochi.

A naval Sea King helicopter from Kochi was deployed at Kavaratti island. The helicopter is being extensively used to transfer men, material between the islands. In the meantime INS Kalpeni brought back eleven Kerala fishermen rescued by INS Jamuna and INS Nireekshak to Kochi.

INS Shardul has disembarked all HADR material at Minicoy. The ship is equipped with Diving team and naval helicopter for carrying out additional SAR operations. The relief material would last for 2000 people for seven days. 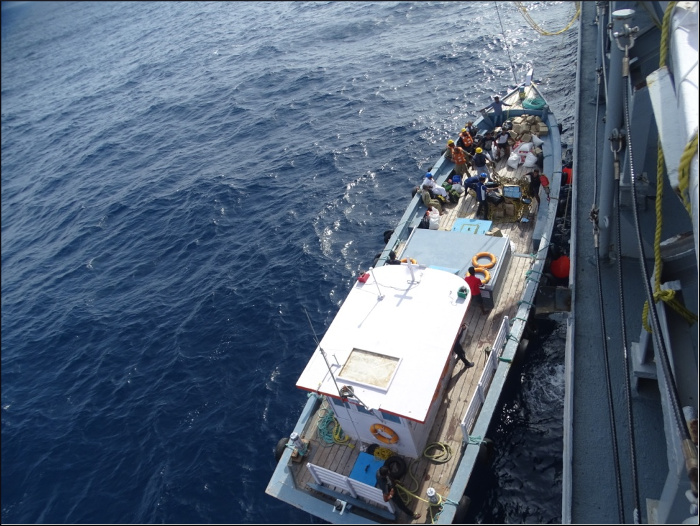 INS Trikand on completion of search and rescue efforts in the assigned area is proceeding to Bitra Island with HADR material. The ship is expected to reach the island by morning of 05 Dec. The relief material carried would meet the necessities of islanders till situation improves.

All LAM islands are under the cover of Indian Naval ships and aircraft with rescue and relief operations in full swing. The lndian Navy is determined to bring back normalcy to the L&M islands most expeditiously.  The swift and timely actions of Indian Navy has saved 148 lives at sea, which includes the 11 fishermen picked up by the Indian Naval ships Jamuna, Nireekshak and Sagardhwani earlier send brought ashore by INS Kalpenion 04 Dec, besides providing material support to more than 5000 citizens affected by the unique Very Severe Cyclonic Storm over Southeast Arabian sea and L&M Islands.

All other ships at the disposal of Indian Navy would continue the Search and Rescue operations and provide relief till normalcy is restored. All the SAR activities are being carried out in coordination with central agencies.