The International Fleet Review 2016, conducted at Visakhapatnam from 04-08 Feb 16, culminated with Indian and foreign Naval ships undertaking a Passage Exercise (PASSEX) in the Bay of Bengal on 09 Feb 16. 54 ships that had participated in IFR-16 sailed out from Visakhapatnam in the first ever Passage Exercise (PASSEX) with combined participation of foreign and Indian warships yesterday.  As per the maritime traditions, visiting foreign ships are generally escorted to the open seas on their way home (on completion of the visit).

The PASSEX was aimed at fostering greater cooperation and camaraderie with friendly foreign navies, increasing interoperability, providing the requisite operational element to IFR as also to mark the culmination of IFR 16, an event that saw the largest scale participation of foreign ships ever in a Fleet Review in India. The exercise witnessed participation by 34 Indian Naval ships and 20 foreign warships from across 14 countries. The US Navy, Peoples Liberation Army (Navy) and the Royal Navy of Oman deployed two ships each for the exercise.

The Passage Exercise was conducted in two groups, centred on Indian Naval aircraft carriers viz. Vikramaditya and Viraat, wherein the ships sailed out in two groups of 27 ships each, with  the first group under the command of Rear Admiral Ravneet Singh NM, Flag Officer Commanding Western Fleet, embarked onboard aircraft carrier INS Vikramaditya and the second group under the command of Rear Admiral SV Bhokare YSM NM, Flag Officer Commanding Eastern Fleet embarked onboard the aircraft carrier INS Viraat and included manoeuvres and flying operations. A ceremonial steam-past, wherein, Indian and foreign warships sailed past each other in formation, provided an opportunity for participants to bid adieu to fellow seafarers and marked the finale of the exercise. Notably, the flying operations also included landing of a helicopter from Royal Navy ship HMS Defender onboard INS Viraat to commemorate the historic association of the aircraft carrier with the Royal Navy.

The unprecedented scale and scope of the PASSEX are indicative of India’s growing stature in the maritime domain and the bridges that have been painstakingly built by the Indian Navy towards achieving the motto of the International Fleet Review in letter and spirit - ‘United through Oceans’. 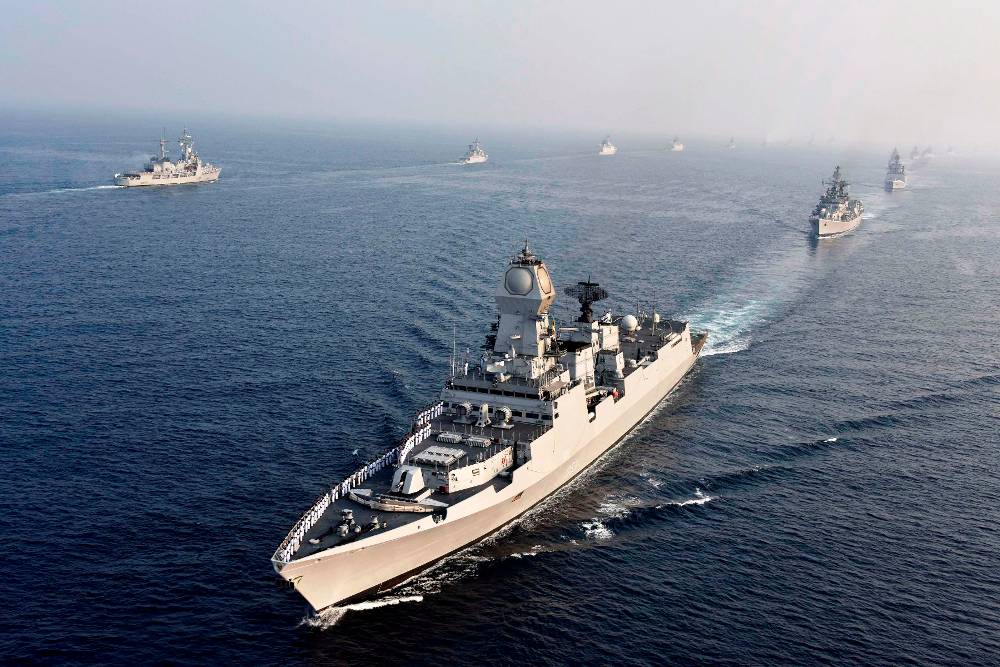 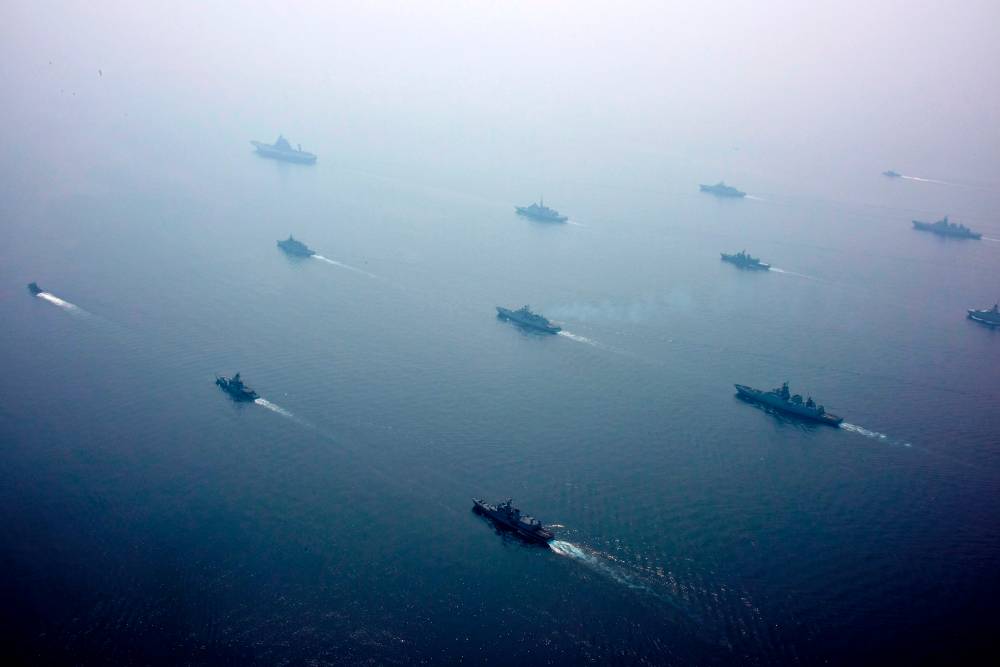 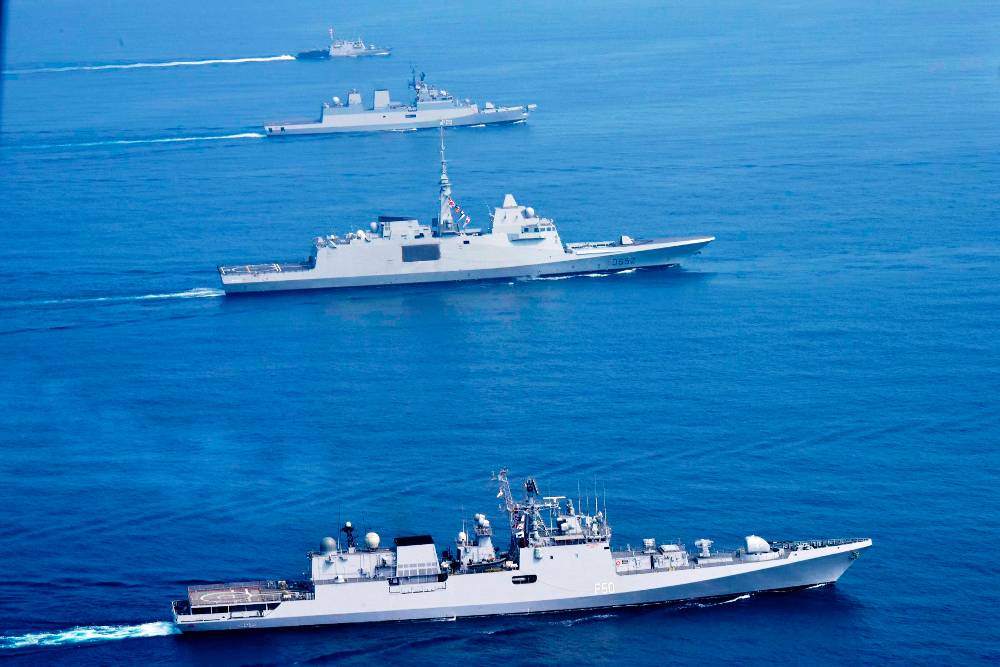 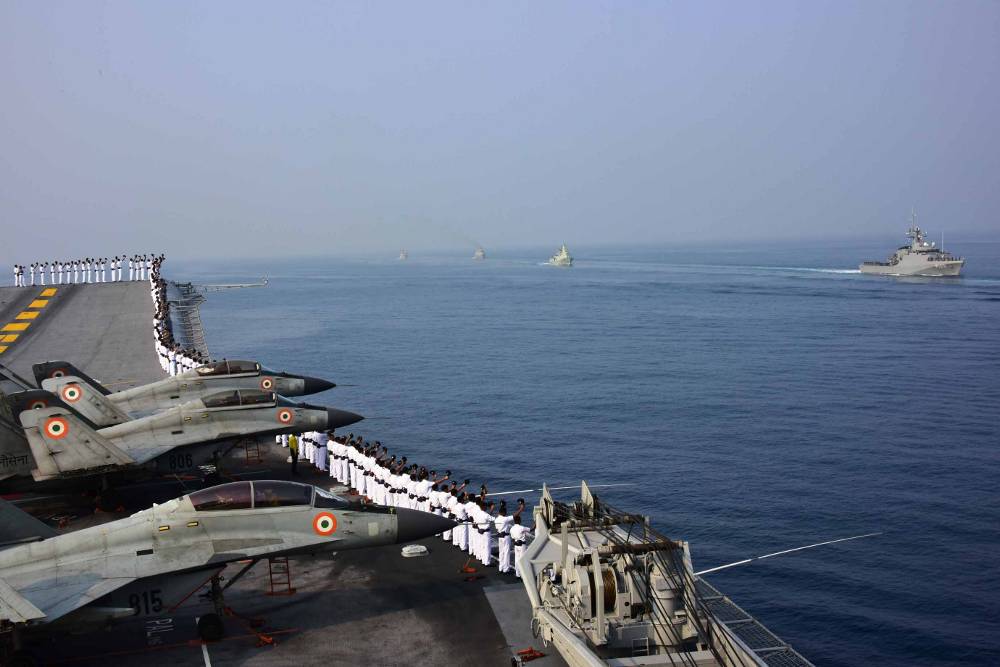