The Hon’ble Raksha Mantri, Shri Manohar Parrikar inaugurated the newly constructed Submarine Assembly Workshop at Mazagon Dock Shipbuilders Limited (MDL), Mumbai on 28 May 2016. During the ceremony Rear Admiral (Retd) RK Sherawat, Chairman and Managing Director, MDL also welcomed Vice Admiral Sunil Lanba, Flag Officer Commanding-in-Chief, Western Naval Command and Ms Snehal Ambekar, Mayor of Mumbai.  The Submarine Assembly Workshop in addition to the various infrastructure facilities created under the Mazdock Modernisation Project (MMP) will gear up MDL in meeting the long term needs of submarine construction for the Navy. The facilities created under MMP, boost infrastructure for reducing the time required for production warships and submarines. As a result of such capability enhancement over the last few years, all Indian Naval and Coast Guard ships and submarines are being produced in the country itself. 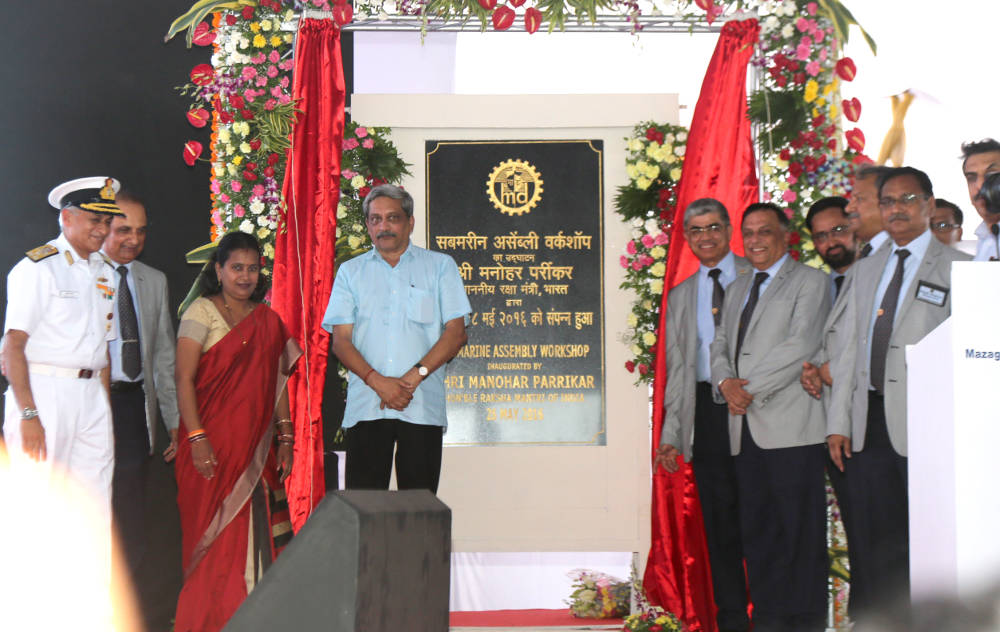 During the ceremony Shri Parrikar expressed his delight at the induction of the state of the art workshop and said that submarine building in the country was stopped in the year 1993 and has been recently revived by the Scorpene Project. He expressed that the skill in the field of submarine construction should not be lost due to lack of orders. He, however, directed that overall level of indigenisation in the next line of submarines must be substantially higher. He expressed a great sense of pride in the performance of MDL, wherein the production value has improved from Rs. 2865 Cr in the year 2013-14 to Rs. 4009 Cr in the year 2015-16 (approximately 40%). He also express his desire for the four defence PSUs to undertake projects for export of ships by setting up export cell. He also urged the Yard and its officials to consistently embrace new technology for improving the future growth of the country. 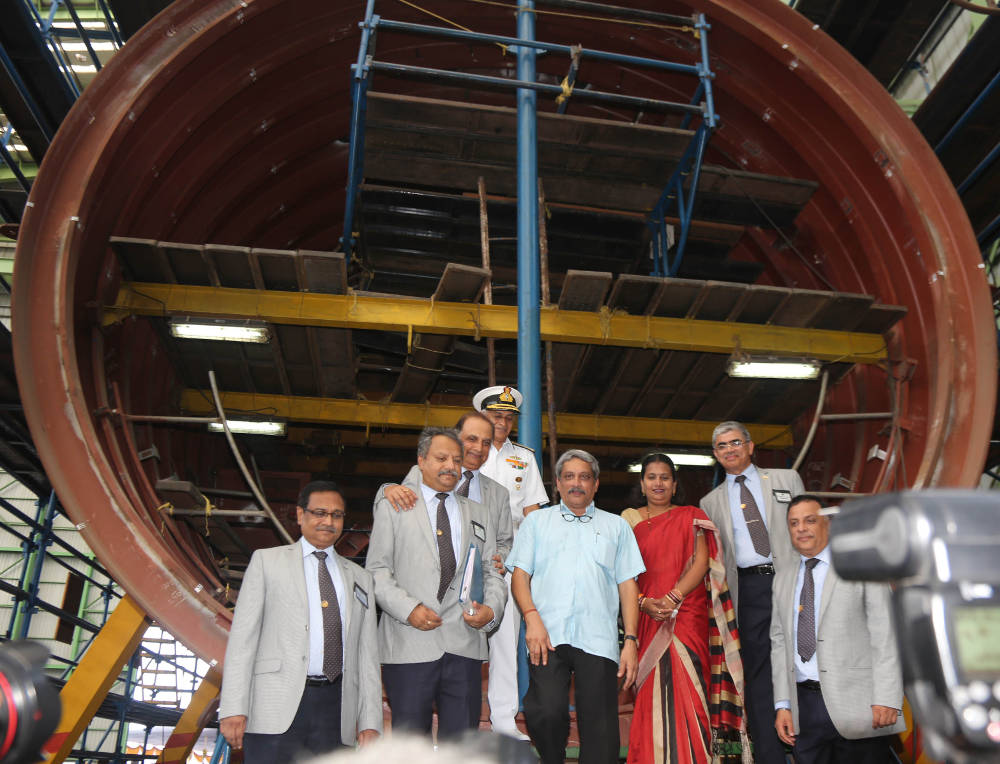 With the commissioning of the state of the art workshop, MDL has acquired unique capability of second construction/assembly line for Submarines. Built at a cost of approximately Rs. 153 Crores, it would be possible to assemble/outfit five submarines in the workshop concurrently. The workshop of size 220M x 45M x 39M is a pre-engineered building structure with a total of 07 Nos EOT/Semi-Goliath cranes at different levels to handle construction of multiple submarines. The facility also has an Office Complex adjoining the workshop with a unique architectural design. 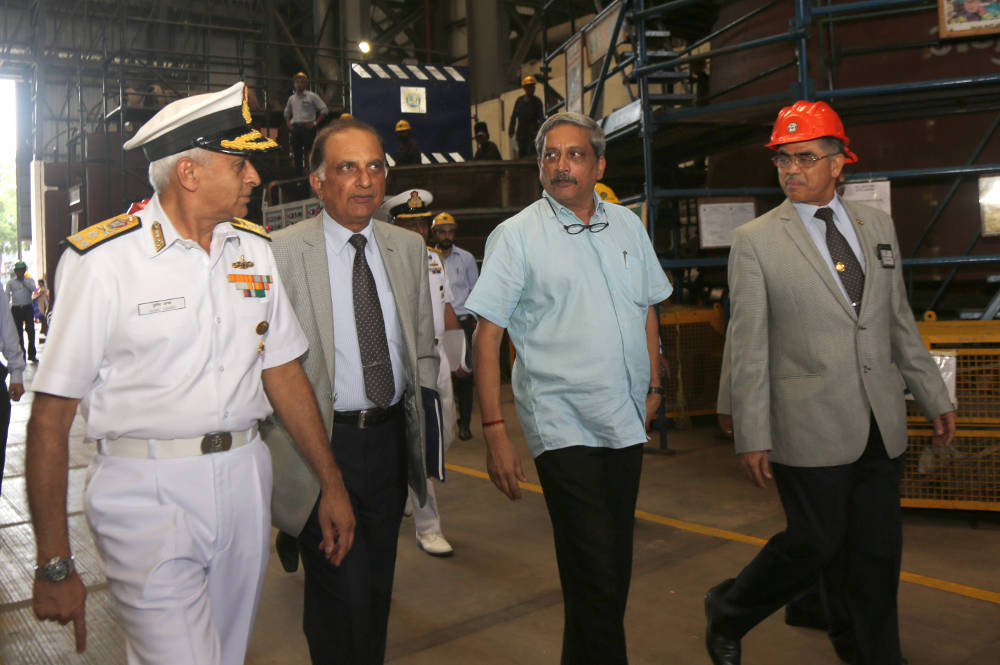 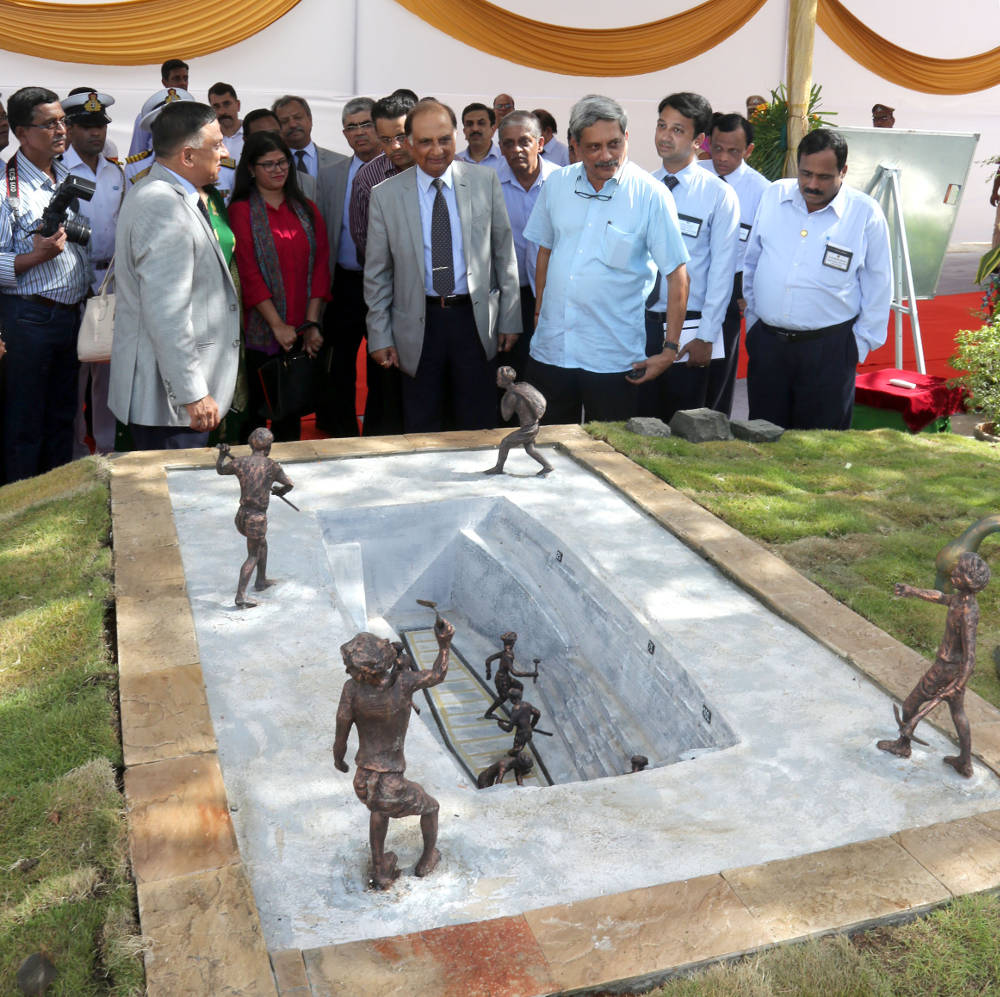