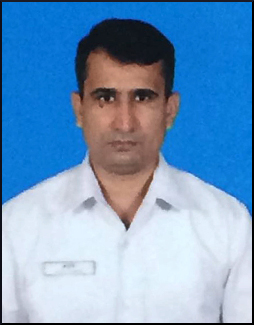 On 06 Mar 16, at about 1600 hrs, an incident of deck head lagging fire accompanied with heavy smouldering occurred in the ‘B’ Boiler Room of INS Viraat. Ashu Singh, Chief Mechanical Engineer showed exemplary courage and presence of mind in safeguarding machinery by taking correct procedural step in crash stopping B1 boiler which was last in use and securing other machinery in the vicinity. He took lead role in successfully fighting the fire relentlessly for 35 min with all other watch keepers and Standing Sea Fire Party (SSFP) in the extreme harsh conditions with intense heat and heavy smoke without thinking about his own safety thereby averting a major disaster. He also safeguarded the life of other fire fighters by guiding them to evacuate boiler room in time.

In the process the sailor, undeterred and unmindful of his own life, safeguarded the life of men and propulsion machinery of the aircraft carrier, displaying conspicuous gallantry, exemplary leadership and presented an example of "Service before Self". The sailor displayed dauntless courage, most conspicuous gallantry, selfless service, outstanding professionalism and exemplary leadership disregarding the pain and suffocation and had sacrificed his own life while ensuring safety of fellow ship mates and the aircraft carrier.

This feat of courage by the sailor, in saving both, personnel and the equipment at the cost of his own life is an act worthy of recognition and is in keeping with the highest traditions of the Service, and therefore, (Late) Ashu Singh, Chief Mechanical Engineer is awarded Shaurya Chakra (Posthumously). 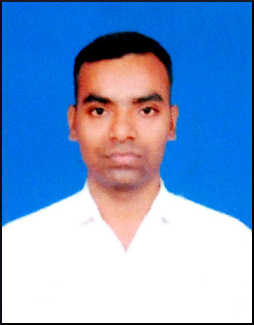 On 10 Jun 16, Rakesh Kumar, Hull Artificer 4, 502230-H of INS Vikramaditya, was part of the team assigned the task of overseeing fitment of a newly fabricated 1.2 m piece of Sewage Treatment Plant (STP) pipe by two civilian contract-workers in Cofferdam 9K6, whose horizontal dimensions measure 2.1m X 0.76m. The sailor was assigned the task of connecting and supervising the operation of a submersible pump and was positioned in the Power Generation Room (PGR), one deck above the compartment containing the Cofferdam, with access to the Cofferdam being only through a long vertical ladder that led down from a narrow hatch.  During the pipe-replacement process, the sailor heard someone shouting from the compartment below and saw a civilian emerging from it in a semi-conscious state. The sailor went down the ladder, picked up the civilian on his shoulder and climbed up the vertical ladder to the PGR, laying him down under an AC vent. He then learnt that the other civilian was also unconscious in the Cofferdam. Without any thought to his own safety, the sailor clambered down the vertical ladder again and with no hesitation entered the Cofferdam where he saw his team leader wearing an Emergency Life saving Apparatus (ELSA) set and trying to pick up the civilian worker, who was lying prone in the well of the Cofferdam, partly covered with water. Rakesh, with all his strength, tried to lift the second civilian, but was unable to do so as his clothes were slippery and entangled with deck fittings in the narrow space. Despite knowing the dangers of the probable presence in the space of toxic gas and its consequences, Rakesh did not relent in his efforts and continued trying to bodily lift the civilian out of the Cofferdam in the hope of saving his life. He, however, lost track of time, and whilst continuing his vain but valiant efforts, also succumbed to the toxic gas inhalation and collapsed inside the Cofferdam. He was extricated from the compartment by a rescue team a few minutes later, but was unfortunately declared dead in the hospital.

It is evident from the act of the sailor that he with scant regard to his personal safety ventured into the congested cofferdam seeing a civilian worker shouting in semi-conscious state. The sailor was completely aware that the presence of dangerous and poisonous gases in the congested enclosed space will endanger the lives of the civilians working there. Even a moment’s delay would cause the civilians to lose their lives. Realising this, sailor rushed to the space and lifted the first civilian on his shoulder and climbed up the ladder and saved him. Thereafter, though the sailor was exhausted, showing rare grit of courage and valour he ventured into the congested space infested with the poisonous gases to save the second civilian. Whilst continuing his vain but valiant efforts, Rakesh Kumar, Hull Artificer 4 succumbed to the toxic gas inhalation. This feat of exemplary courage by the sailor, in saving the civilians working in the enclosed and congested space infested with the deadly poisonous gases of H2S with scant regard to the safety of his own life is an act worthy of recognition and is in keeping with the highest traditions of the Service, and therefore, (Late) Rakesh Kumar, Hull Artificer 4 is awarded Nao Sena Medal (Gallantry) (Posthumously). 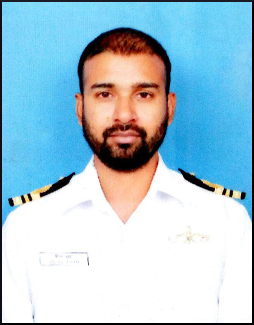 At about 1820 hrs on 08 June 2016, whilst transiting off Goa in heavy weather, INS Trikand was contacted on radio by Merchant Vessel MV Infinity One anchored off Grandi Island. MV Infinity One reported crack in starboard ship’s side with ingress of water causing ten degrees list being aggravated by heavy weather and swell, and requested de-flooding assistance in emergency. Immediately, INS Trikand closed MV Infinity to render assistance. Weather was extremely unfavourable, with heavy rain, low visibility, winds gusting to 25-29 KN, pitch dark night conditions and sea state 3-4. Undeterred by the challenging weather conditions, Lt Cdr Neeraj Kumar sprang into action and quickly mustered a four man Damage Control (DC) team along with dewatering pumps and leak stopping gears. During embarkation of the DC team and stores into the ship’s boat, the boat and ship were rolling excessively in the heavy seas and the scramble net swayed precariously throughout the descent into the boat. Keeping his cool and displaying unflinching courage, Lt Cdr Neeraj Kumar led from the front and ensured all men and stores were loaded into the boat in record time. Motivating his team all along the way and closely monitoring their movements, he led the team personally on an extremely demanding transit across the choppy seas to the marooned Merchant Vessel. Upon embarkation onboard the Merchant Vessel at 2020 hrs on 08 June 2016, the MV crew were assessed to be poorly trained and motivated, with many seemingly in shock. The forward hold of MV Infinity was half flooded and the ship was listed excessively to starboard with sea/ swell breaking over the weather deck. The only access to the forward hold was via a catwalk that was on the starboard edge of the weather deck, which was constantly awash with sea and spray. Catwalk and upper decks were caked with bitumen dust from the ship’s cargo, which along with the heel to starboard, aggravated by the pitch black night and falling rain created treacherous underfoot conditions. The Forward Hold itself was in complete darkness and was accessible only via a narrow lobby above. All onboard pumps of the MV had burned out or suctions were choked by bitumen cargo in the hold. Displaying tremendous professional poise and composure in such trying conditions, Lt Cdr Neeraj Kumar marshalled his team expertly and swiftly rigged up portable submersible pumps in the forward hold of the MV. When MV crew were unable to provide power supply for the pumps, Lt Cdr Neeraj Kumar and his team proactively took matters into their own hands, searched all nearby compartments, identified compatible supply breakers and rigged up direct electrical tapping from those points to energise the pumps. After two hours of sustained de-flooding of the forward hold using the pumps operationalised by Lt Cdr Neeraj and his crew, the list of the MV was observed to gradually reduce and by 0315 hrs on 09 June 2016, the list had reduced to five degrees and the MV was declared out of the danger by the Master.

Military leadership, courage in adversity and ability to overcome all odds displayed by Lt Cdr Neeraj Kumar are in the best traditions of the naval service. Technical and seamanship skills as well as sheer guts displayed by the officer ensured successful rescue of a Merchant Vessel in distress at sea and saved the lives of all 14 MV seamen of Indian nationality. For his intrepid leadership and bravery, Lt Cdr Neeraj Kumar is awarded Nao Sena Medal (Gallantry).