Naval cooperation between Brazil, India and South Africa epitomises the strong long term strategic relationship between the three democracies and vibrant economies. Initiated in 2008, Ex IBSAMAR is the most visible manifestation of this convergence of democratic values, economic interests and maritime cooperation. The scope and complexity of Ex IBSAMAR has increased steadily and in its 5th edition in 2016, IBSAMAR has matured into a complex trilateral exercise involving participation of ships, aircraft and Special Forces from Brazil, India and South Africa. 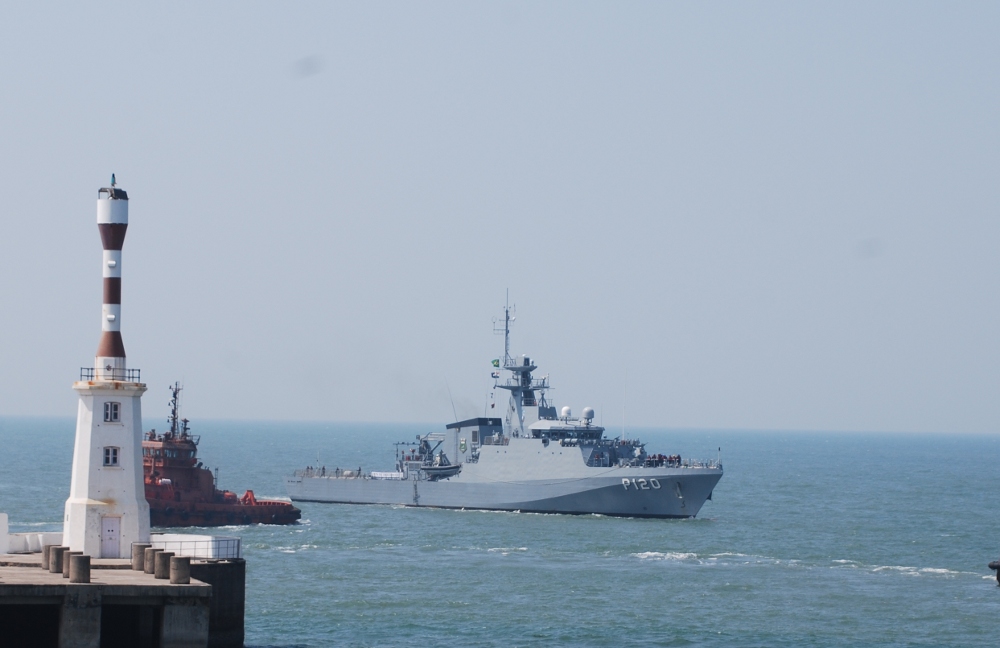 Ex IBSAMAR V would be conducted from 19 – 29 Feb 16 off the West Coast of India, with the Harbour Phase being conducted at Goa. This is the first time that Ex IBSAMAR is being conducted in Indian waters; all previous editions being held at/off South Africa. The primary aim of this exercise is to increase interoperability amongst the three navies as well as develop common understanding and procedures for maritime security operations. 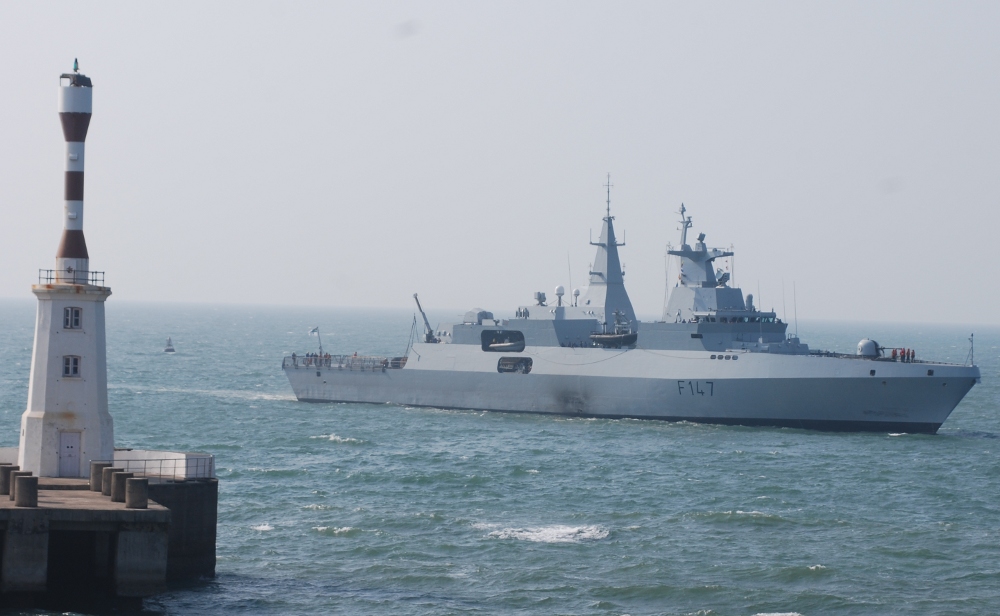 The scope of Ex IBSAMAR V includes wide-ranging professional interactions during the Harbour Phase and a diverse range of operational activities at sea during the Sea Phase. The thrust of exercises at sea this year would be on Anti-Submarine Warfare (ASW), Surface Firings, Air Defence, Visit Board Search and Seizure (VBSS), Flying Operations, Search and Rescue and tactical procedures. 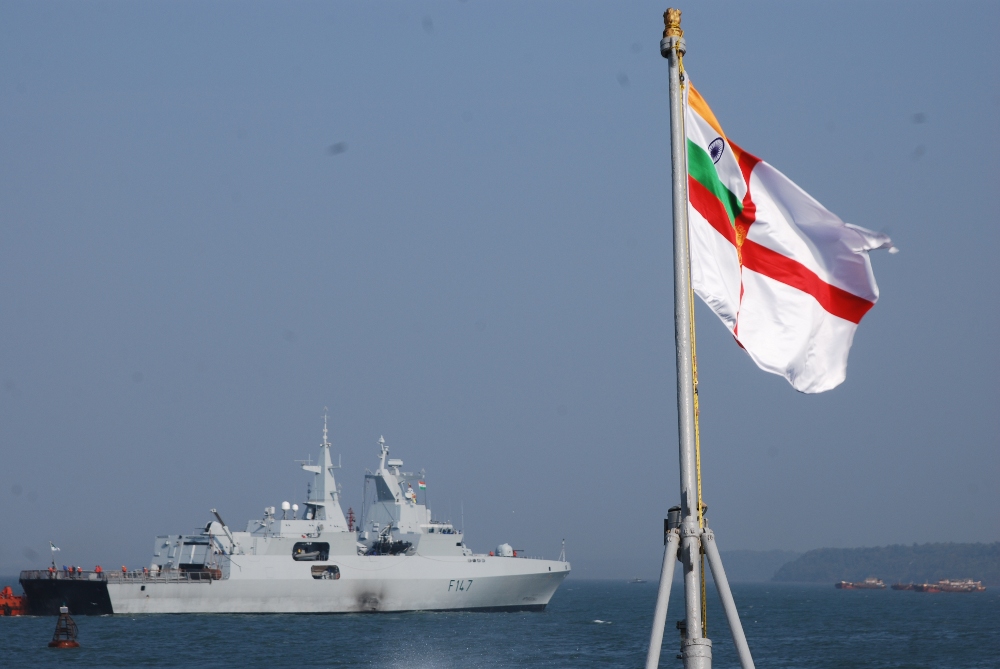 The Brazilian Navy would be represented by Brazilian Naval Ship Amazonas, with embarked Special Forces, Commanded by Cdr Alessander Felipe Imamura Carneiro. The South African Navy would be represented by South African Naval Ship SAS Spioenkop, with integral helicopter and embarked Special Forces, Commanded by Capt MA Boucher. Both the ships are on return passage after participating in the International Fleet Review held at Visakhapatnam from 04 - 08 Feb 16.  Ex IBSAMAR V, a high end operational exercise, thus marks an appropriate culmination of the close month-long interaction of these ships with the Indian Navy, which commenced with their participation in the IFR.

Ex IBSAMAR highlights the maritime dimension of the IBSA Dialogue Forum and the robust South-South cooperation. The current edition is another significant step in strengthening mutual confidence and inter-operability as well as sharing best practices between the Indian, Brazilian and South African Navies. The exercise will also go a long way in enhancing maritime security in the Indian Ocean Region, for the benefit of the global maritime community. 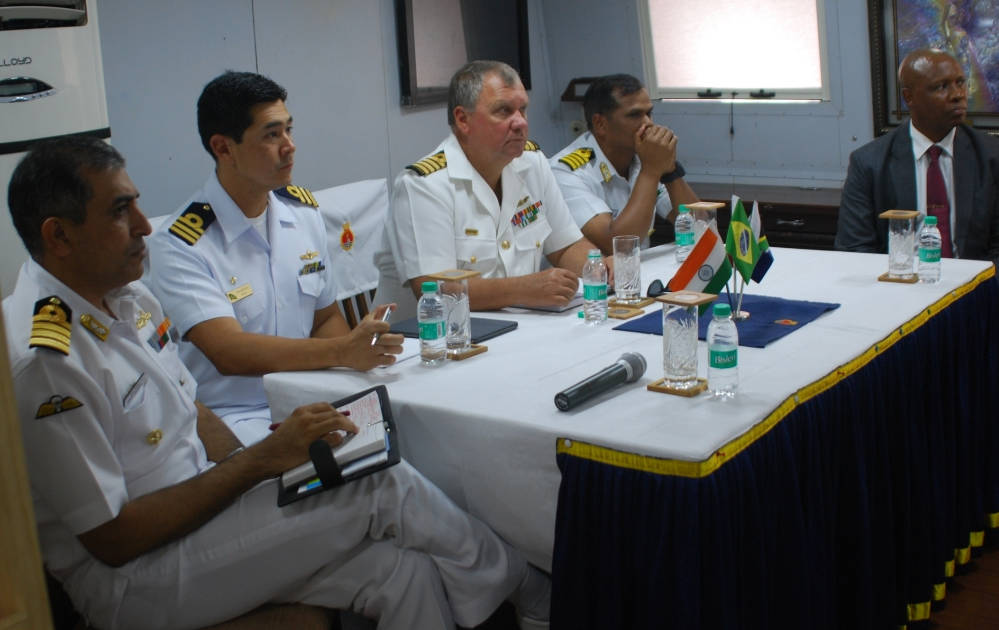 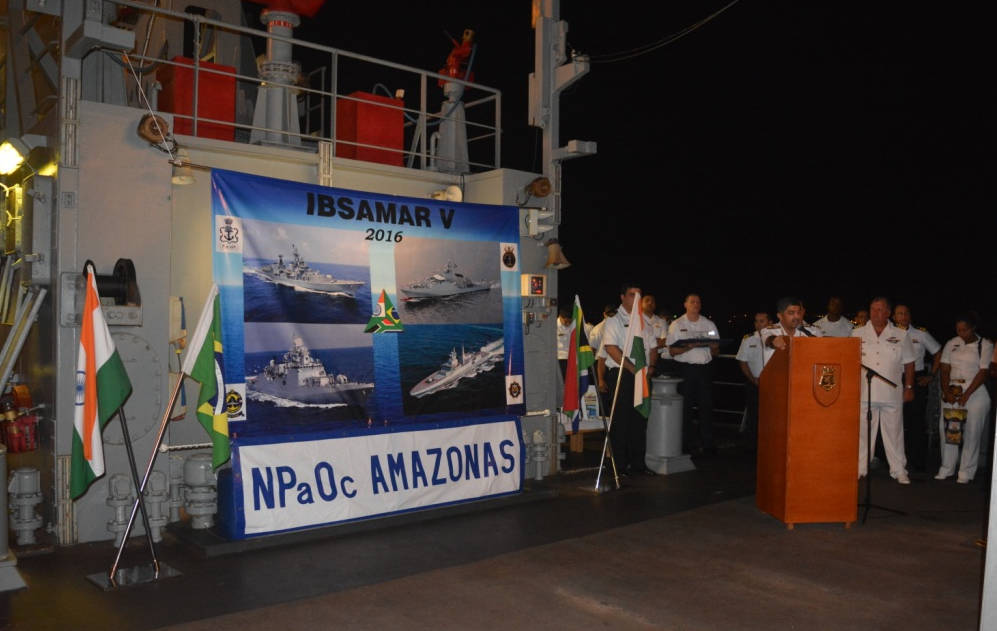 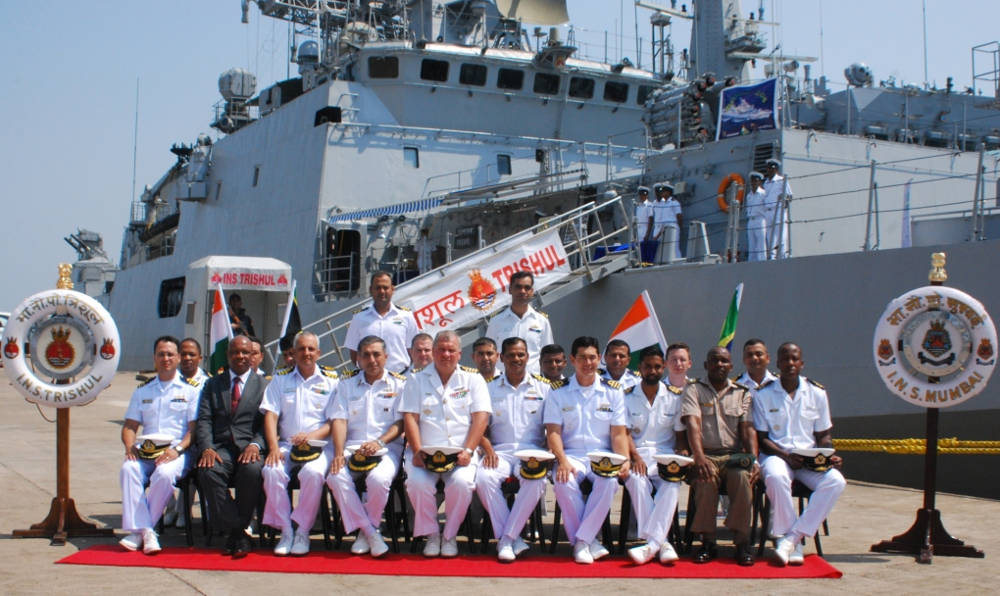