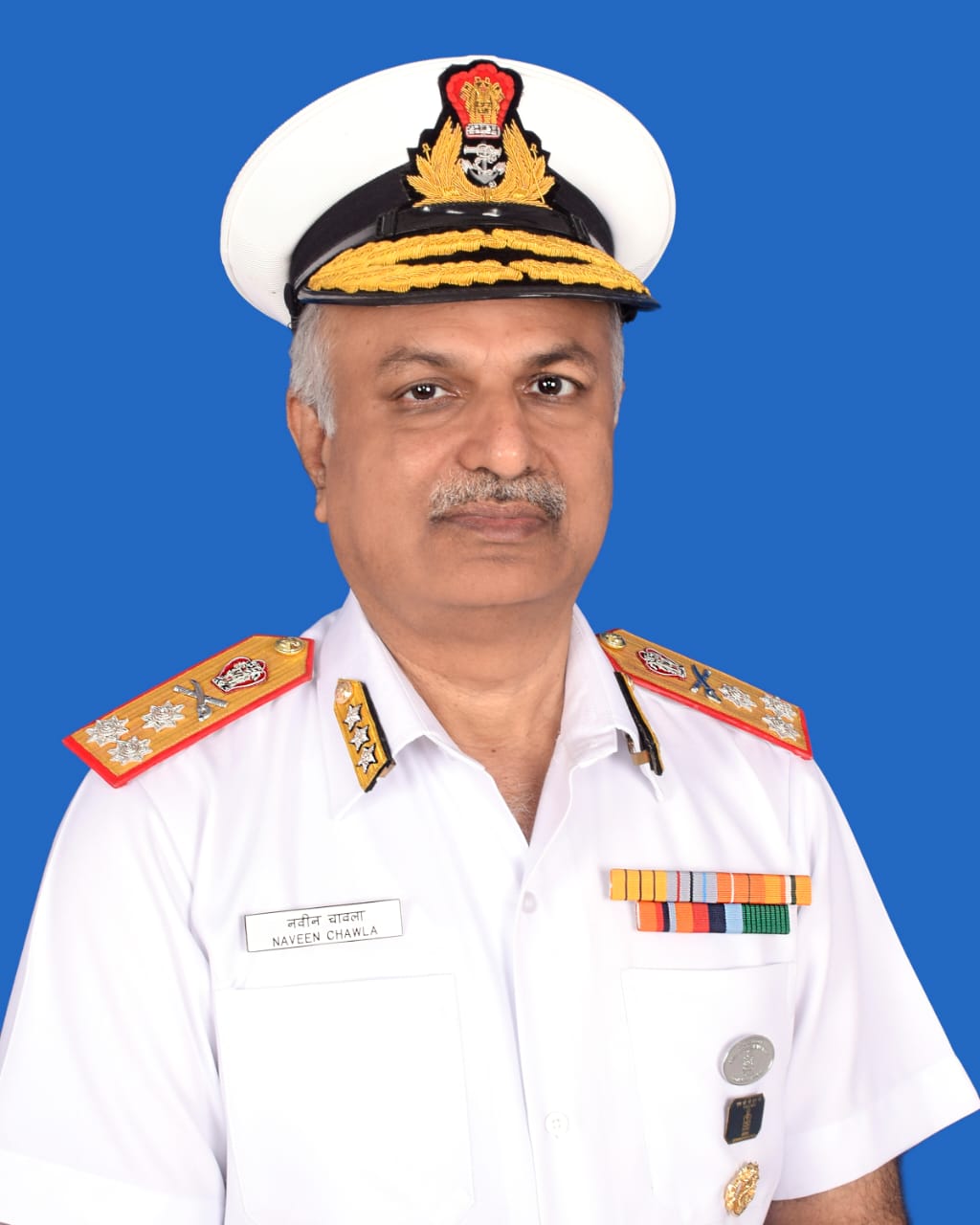 Surgeon Vice Admiral Naveen Chawla, VSM, is an alumnus of The Doon School, Dehradun and Armed Forces Medical College, Pune and was commissioned on 17 Dec 1983 in the Armed Forces Medical Services. Later, he did his Post Graduation in Pathology at INHS Asvini, Mumbai and completed his MD (Pathology) in 1993. He also did his Post-Doctoral Training in Oncopathology from Tata Memorial Hospital, Mumbai from 2001 to 2003.

The Flag Officer has also served on several afloat platforms namely INS Nilgiri, INS Arnala, ICGS Vijaya and INS Karwar and as Fleet Medical Officer of Eastern Fleet. Post completion of MD (Pathology), he has served as Classified Specialist (Pathology) at INHS Sanjivani and Command Hospital Southern Command, Pune. Thereafter, the Flag Officer had tenures as Senior Advisor (Pathology and Oncopathology) at Command Hospital Southern Command, Pune and INHS Asvini. He has also held the prestigious appointment of Consultant and Head of Department of Pathology at INHS Asvini.

The Flag Officer is a renowned teacher and in addition to being the Professor of Pathology at Maharashtra University of Health Sciences, he has held teaching appointments in reputed medical institutes like Command Hospital Southern Command, Armed Forces Medical College, Pune and INHS Asvini. The Flag Officer is also an MD examiner at Maharashtra University of Health Sciences.

For his dedication and devotion to the service, the Flag Officer was awarded Vishisht Seva Medal in 2015. He has also been awarded CNS Commendations in 2010 and 2012 and FOC-in-C (South) Commendation in 2005.

His spouse, Mrs Payal Chawla, is an educationist and is teaching at The Cathedral and John Connon School, Mumbai. Their daughter Mrs Ankita Tewari (33 Yrs), is working at Pricewaterhouse Coopers, Mumbai and son Mr Varun Chawla (28 Yrs), is working at ICICI Securities, Mumbai.