In a demonstration of India's commitment to its ties with Indonesia and to the maritime security in the Indian Ocean Region, Indian Naval Ship Karmuk, an indigenously built missile corvette, based under the Andaman and Nicobar Command, alongwith a Dornier Maritime Patrol Aircraft, is participating in the 28th India-Indonesia Coordinated Patrol and Second Bilateral Maritime Exercise, scheduled from 10-27 Oct 16 in the Andaman Sea.

Defence relations between India and Indonesia have been growing steadily with regular joint activities and interactions between the Armed Forces of the two countries. The two navies have been carrying out Coordinated Patrols (CORPAT) on respective sides of the International Maritime Boundary Line (IMBL) twice a year since 2002, with the aim of keeping this vital part of the Indian Ocean Region safe and secure for commercial shipping, International trade and legitimate marine activities. The CORPAT has strengthened understanding and interoperability between the two navies and promoted net maritime security in the region.

The bilateral cooperation has increased significantly with the scheduling of the Second Bilateral Maritime Exercise alongwith the 28th edition of the CORPAT. The Opening Ceremony at Belawan, Indonesia from 10-13 Oct 16 is being attended by Commodore Girish Kumar Garg, the Naval Component Commander of the Tri Service Andaman and Nicobar Command (ANC) based at Port Blair. The Bilateral Maritime Exercise and the CORPAT would see participation by one warship and one Maritime Patrol Aircraft from each Navy.

These interactions would also provide opportunities for extensive operational and training engagements, and contribute substantively to the maintenance of good order at sea. The Exercise seeks to strengthen the existing bonds of friendship between India and Indonesia, and underscore India's partnership and solidarity with friendly countries of the region. 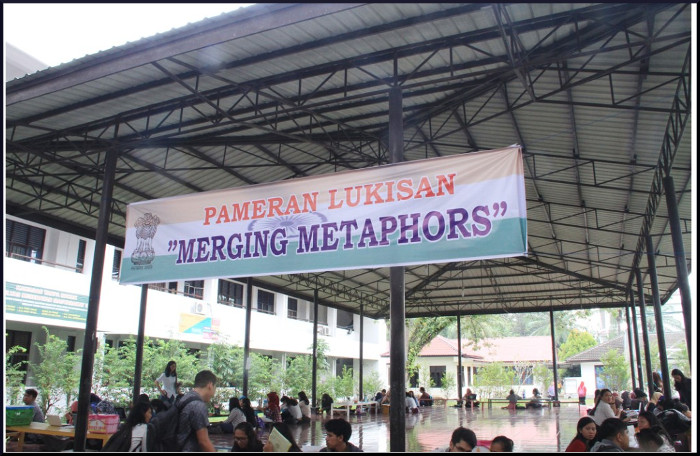 A welcome sight at the art exhibition named ‘Merging Metaphors’ at the University of North Sumatera, Medan

As part of the navy ceremony events of the 28th Co-ordinated Patrol (CORPAT) between the Indian Navy and Indonesian Navy, many events were held to promote people-to-people contact so as to strengthen the bond of friendship between the two countries. Towards this, an art exhibition titled ‘Merging Metaphors’ was held at the University of North Sumatera, by the Indian Consulate, Medan. NAVCC was the Chief Guest at the event. 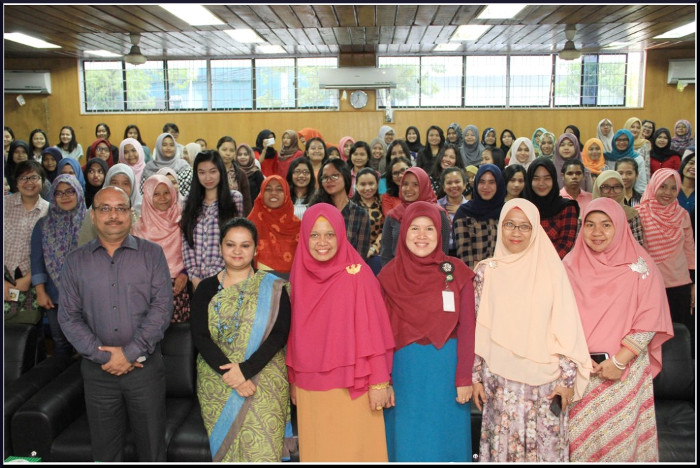 Screening of a popular Bollywood movie was also held as part of the event and was heavily subscribed. Also, a reception was held onboard INS Karmuk, which was attended by prominent citizens of Medan and members of the Indian Diaspora. Many other cultural and sports exchanges were also undertaken. India and Indonesia share a rich cultural heritage and these events would go a long way in promoting these linkages between the two nations. NAVCC at the art exhibition along with the Consul General of India at Medan, Dr Shalia shah. Reception onboard INS Karmuk 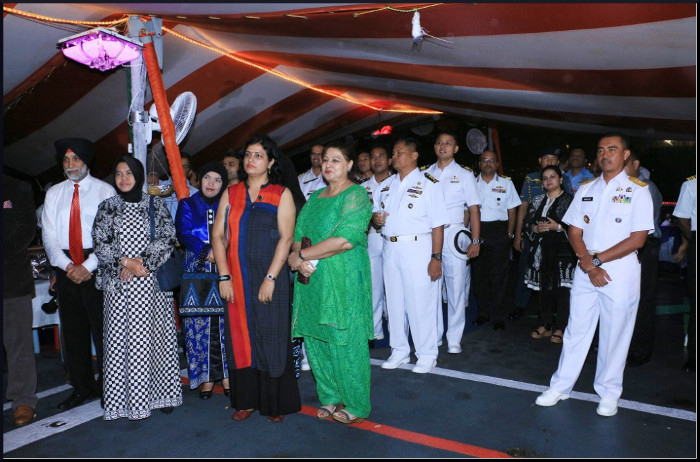 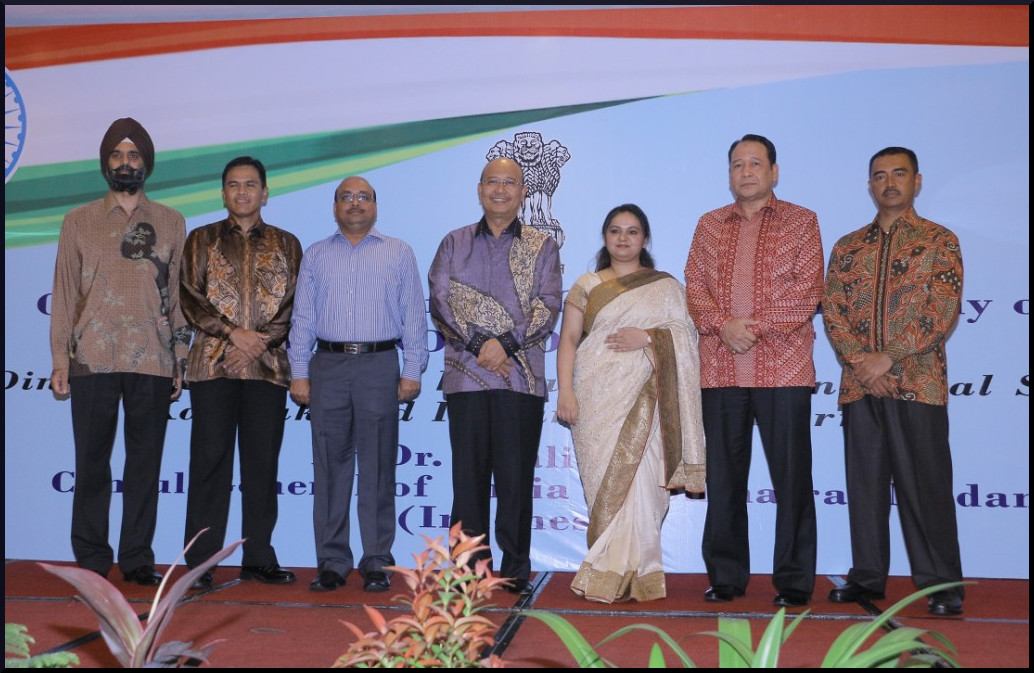 The Mayor of Medan and the other local dignitaries at the cultural reception hosted by the Consul late General of India, Medan 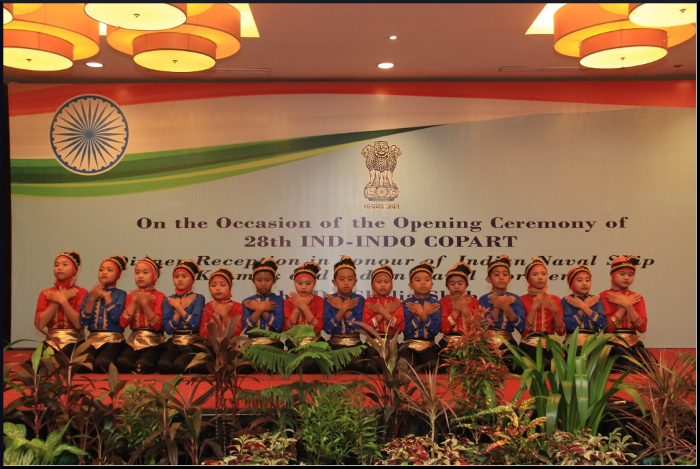 A traditional dance by the school children A welcome dance by the local community