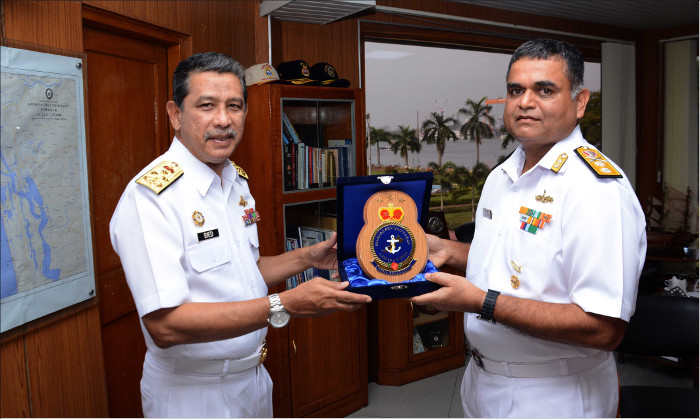 Exchange of mementoes between CEFRMN and Rear Admiral RJ Nadkarni

During the visit, the Admiral was shown around the Watermanship Survival Training Facility and INS Dronacharya, the Gunnery Training establishment which was of particular interest to him as he had himself undergone the Gunnery specialisation training at INS Dronacharya in 1983. The CEFRMN also met four Malaysian Naval officers who are undergoing specialisation courses with Indian Navy at Kochi. 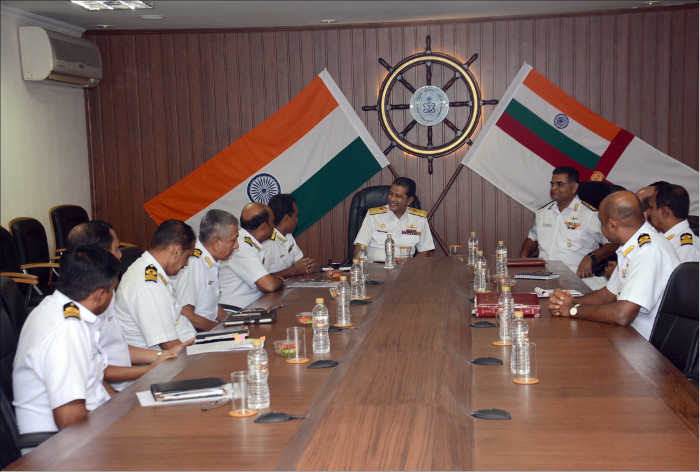 Interaction of CEFRMN with senior officers of SNC

India has traditionally enjoyed close and warm relations with Malaysia, due to shared historical and heritage going back thousands of years. In the recent past, India–Malaysia defence cultural and naval cooperation has enhanced exponentially, through increased number of ship visits, high level delegation visits (including between the respective Chiefs of Naval Staff) and training exchanges. 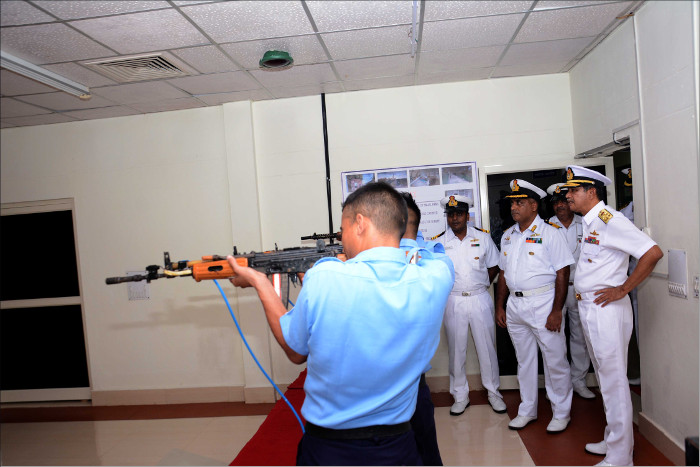 The Admiral had earlier attended the Goa Maritime Conclave held on 01 and 02 Nov 17, prior arriving Kochi. He and his spouse will depart from Kochi to Colombo tomorrow. 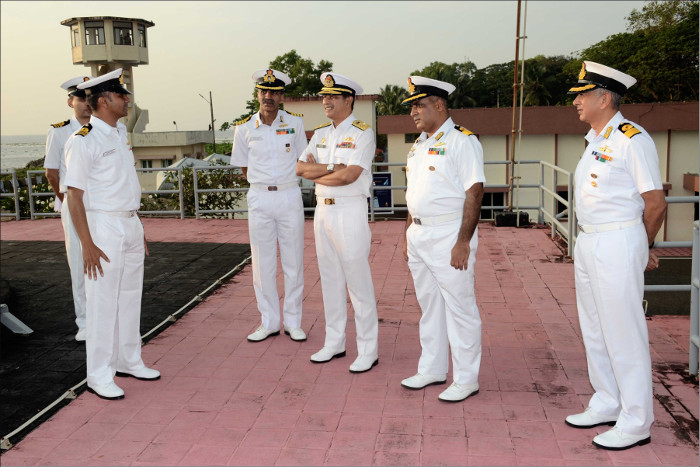 Visit of CEFRMN to INS Dronacharya