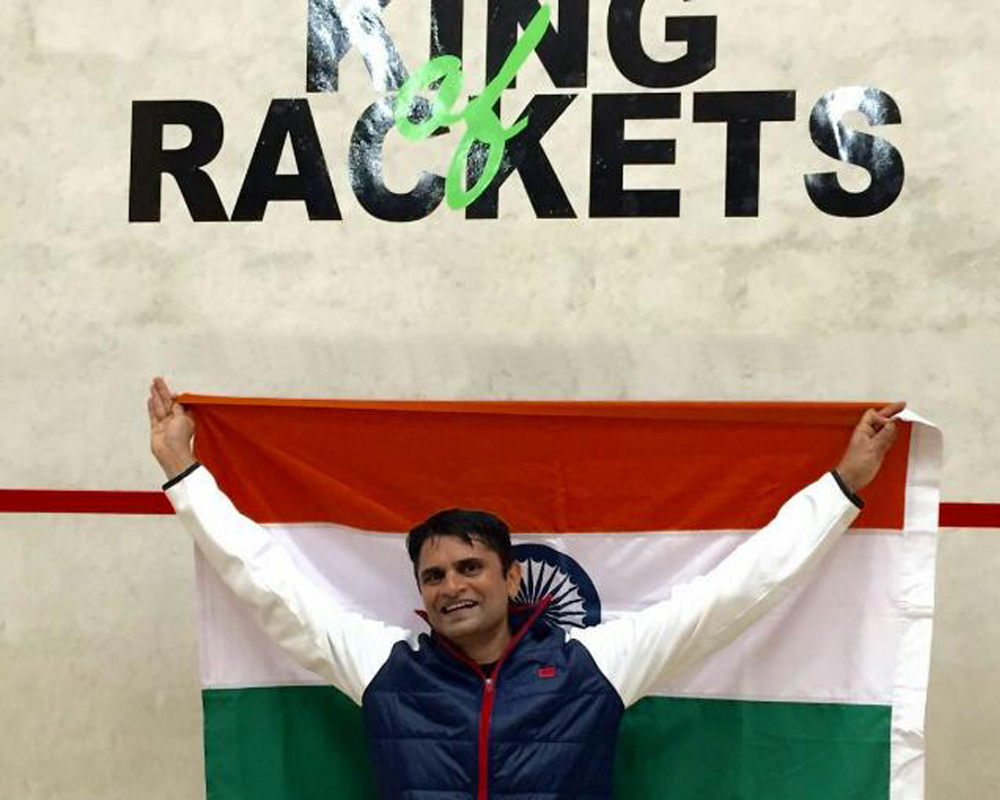 One man’s passion for racket sports and perseverance brings India recognition. Cdr Ashutosh Pednekar of Indian Navy made sports history when he became the first Indian to participate and win International tournaments in sport of Racketlon.

At the recently concluded competitions in Denmark and Belgium he made the country proud by clinching Gold medal in both the Men's Amateur and the Veterans (plus 45) categories at the Nordic Racket Games held at Vejen, Denmark from 28-29 May 2016.  Then at prestigious Super World Tour- King of Rackets tournament held at Oudenaarde, Belgium on 3-5 June 2016 he once again proved himself by bagging Gold in plus 45 and Silver in Men's amateur category.

Though becoming increasingly popular internationally ‘Racketlon’ is still a relatively young sport in India & hence it’s not surprising that it’s quite unknown in India. The sport is modeled on lines of Decathlon /Triathlon and is combination sport comprising of four racket games namely Table tennis, Badminton, Squash and Lawn tennis. The typical match comprises 4 sets of 21 points each in each of the above individual sports played in succession one after another. Winner is the player winning maximum points.

Cdr Ashutosh Pednekar’s stellar performance and its unique significance to the games has gone unnoticed, view lack of awareness about the game in India and absence of an active formal sports body to promote it.

Never one to court spotlight, the non- assuming naval officer for whom racket sports is second nature, has now set his eyes on winning Gold medals at World Racketlon Championships scheduled later this year in November at Germany.