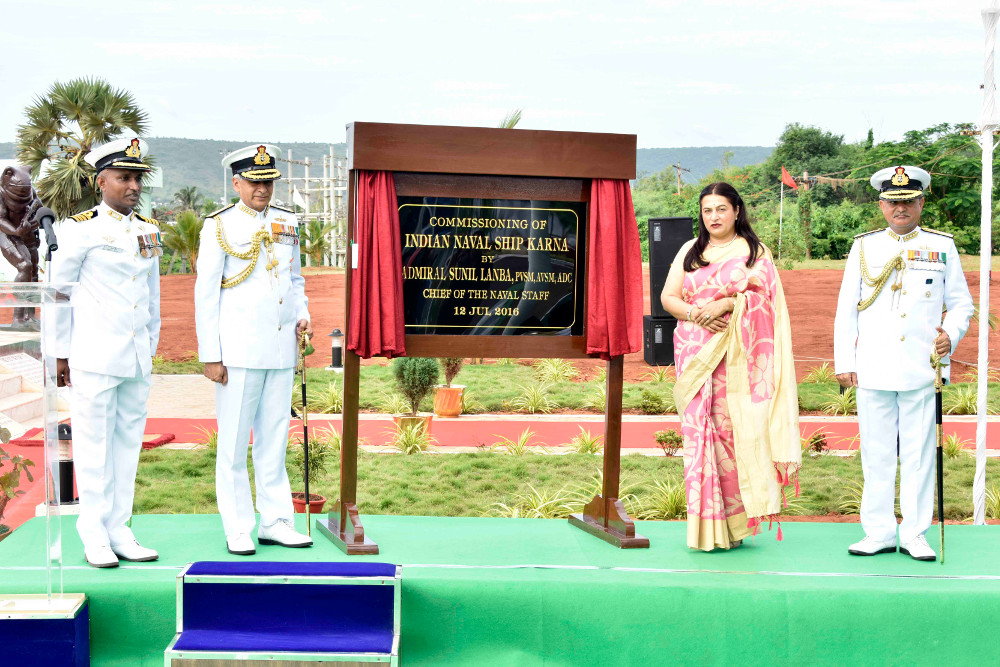 Admiral Sunil Lanba, PVSM, AVSM, ADC, Chief of the Naval Staff commissioned the Marine Commandos Unit as ‘INS Karna’ in a solemn ceremony held at the Naval Base at Bheemunipatanam today, 12 July 2016. Vice Admiral HCS Bisht, Flag Officer Commanding-in-Chief, Eastern Naval Command and senior naval dignitaries were also present on the occasion. The Marine Commando Force (MCF), also called as the ‘MARCOS’, was raised in February 1987 as the Indian Marine Special Force (IMSF), capable of operating in all three dimensions, at sea, in air and on land. 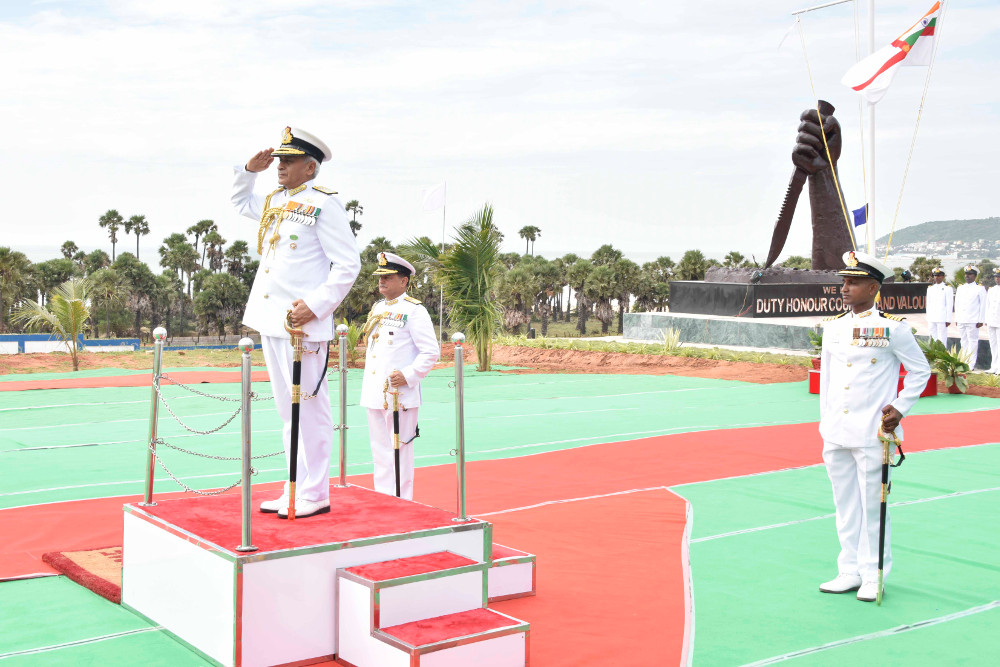 The event commenced with an impressive parade which was reviewed by the Chief of Naval Staff. Vice Admiral HCS Bisht, Flag Officer Commanding-in-Chief, Eastern Naval Command addressed the gathering which was followed by reading out of the Commissioning Warrant by Commanding Officer(Designate), Captain Varun Singh, SC. The ceremony was solemnised by an invocation in Sanskrit. Smt Reena Lanba, wife of Admiral Sunil Lanba, unveiled the Commissioning Plaque and names the Special Forces Unit as ‘INS Karna’. This was followed by hoisting of the Naval Ensign and playing of the National Anthem, in accordance with the time honoured customs and traditions of the Indian Navy. 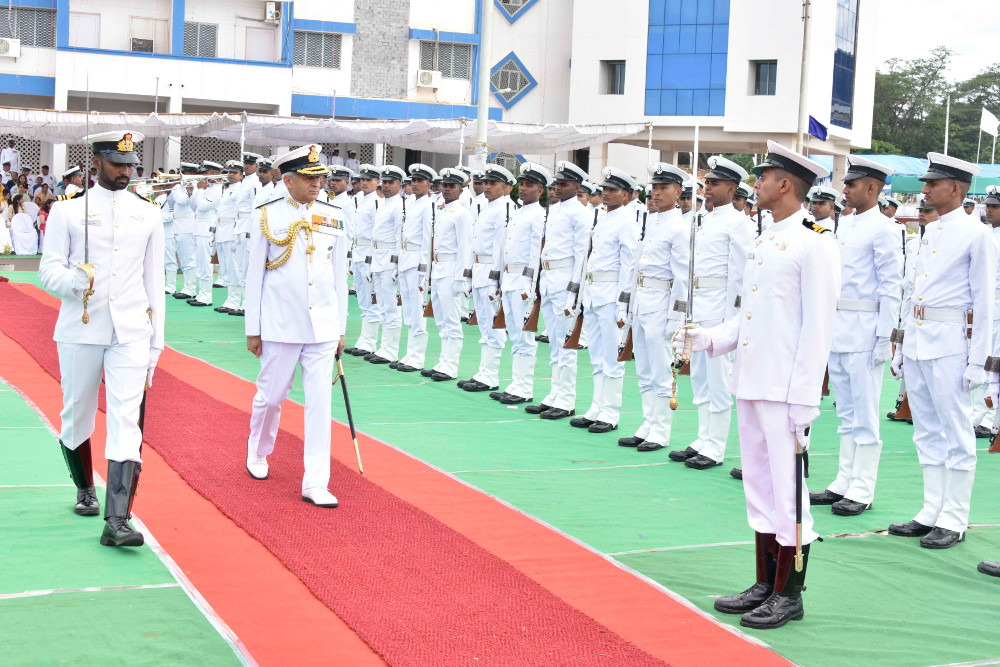 Admiral Sunil Lanba, Chief of Naval Staff inspecting the Guard of Honour during the commissioning ceremony of MARCOS(East) as INS Karna at Visakhapatnam

Conveying his best wishes to the newly commissioned unit, the Chief of the Naval Staff said that MARCOS have established themselves as Special Operations Force of international repute in a short span and have won well deserved gallantry awards for their acts of courage and valour.  He further added that the MARCOS proved their excellence wherever they have been deployed in various operations. Over the years, the Special Force has conducted numerous independent missions of direct action, reconnaissance and surveillance, and recovery operations. 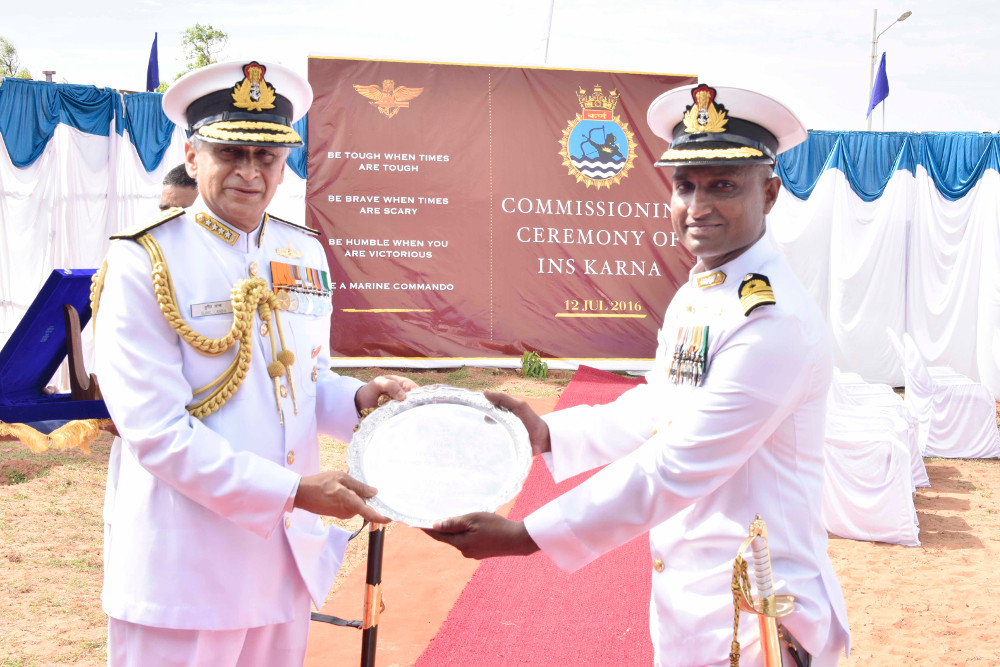 Admiral Lanba emphasised the need to for all Marine Commandos to keep their steel sharp and power dry as they would be the first into the battle and the need to be ‘Mission Ready and a Winner’ always. As the roles and responsibilities of the Indian Navy have expanded in the Indian Ocean Region and beyond, Special Operations Force would be required to be deployed in future combat at the strategic and operational level. The commissioning of INS Karna, has added a new base to the Special Forces of the Indian Navy as they deploy to safeguard our nation’s vast maritime interests. 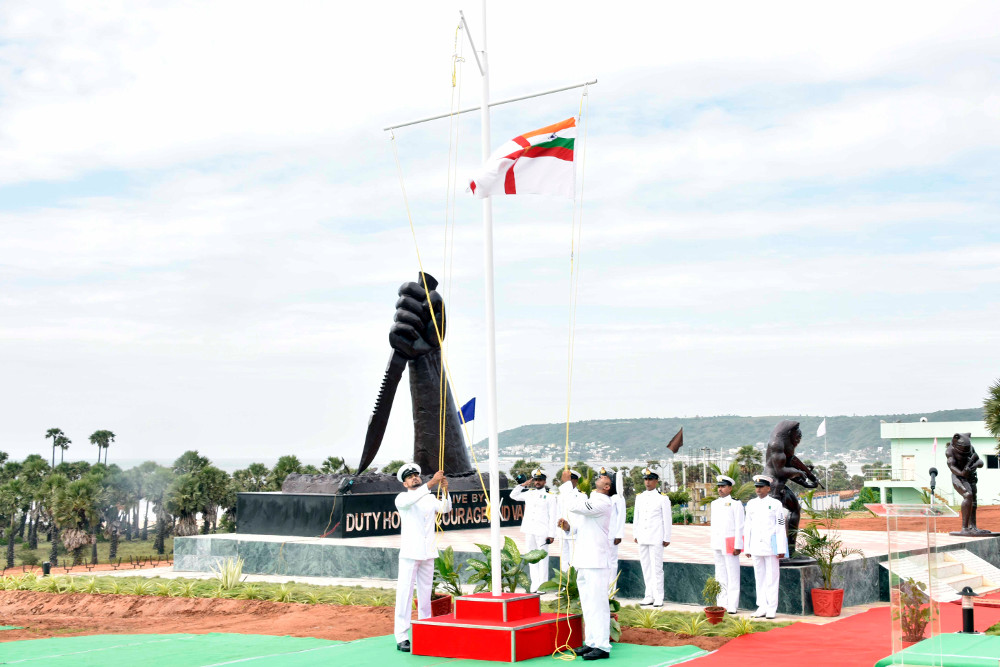 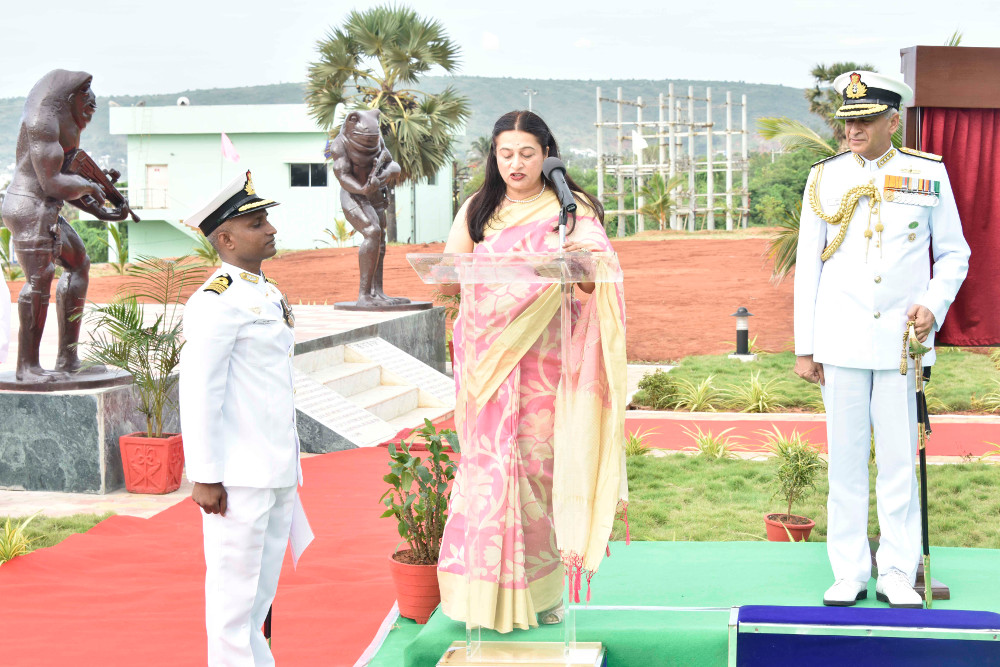