All-women crew sails into Port Louis, Mauritius on board Mhadei 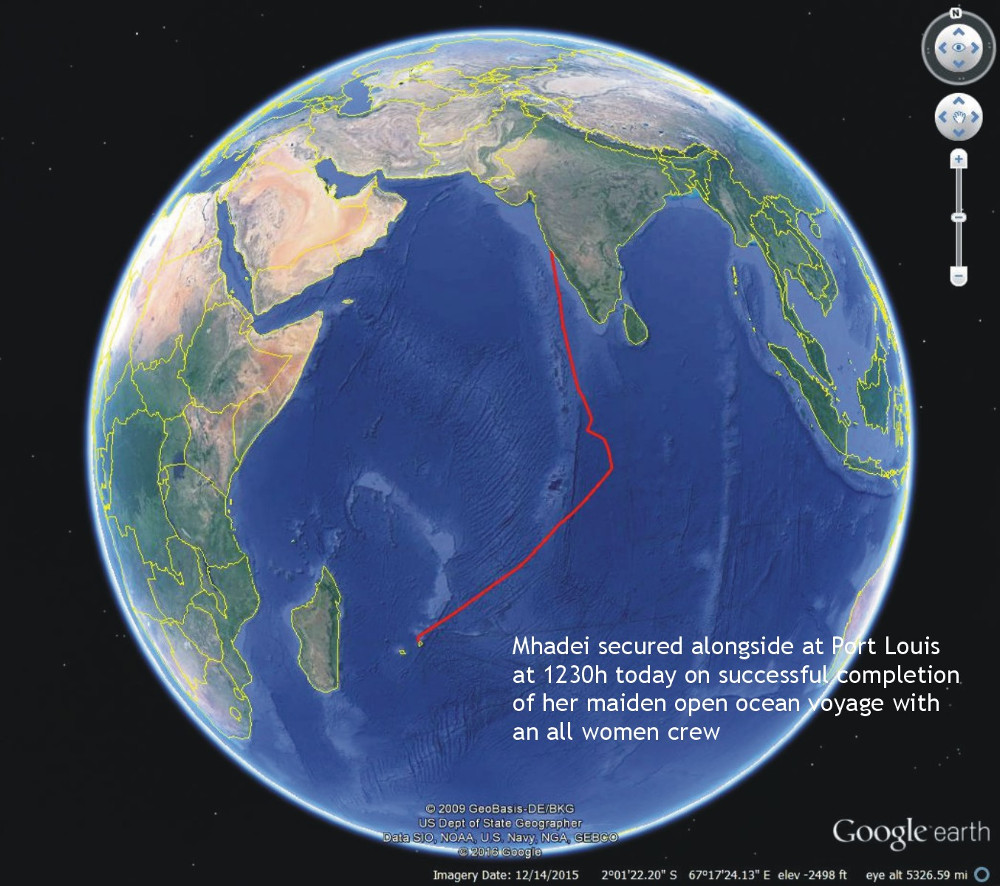 Route Map of the Voyage 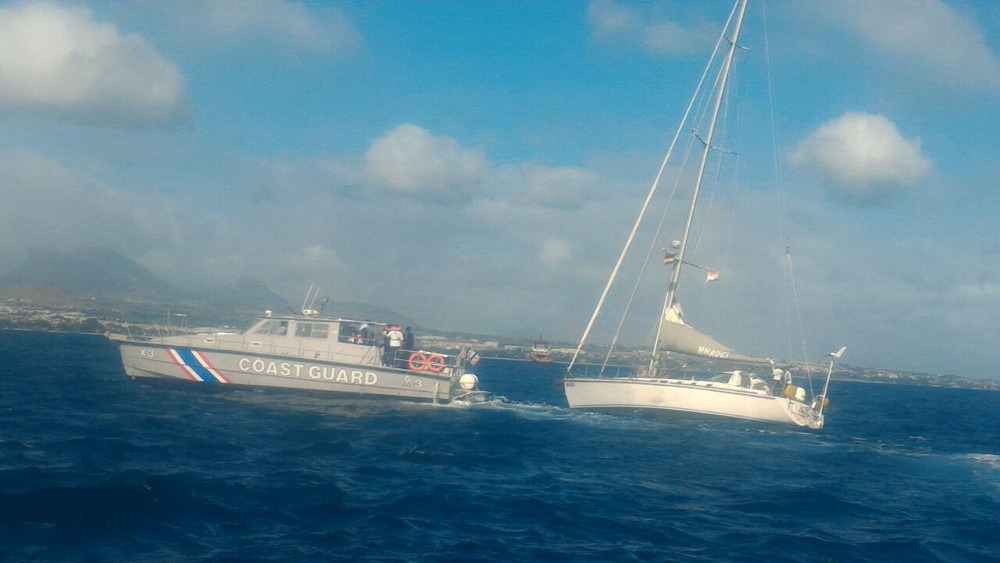 The 2100 Nm voyage was covered by the crew in 20 days passing through rough seas whipped up by the South West Monsoons. The timing of the voyage was chosen to expose the crew to rough weather that they are likely to encounter during their attempt to circumnavigate the Globe in 2017. Mhadei encountered winds of up to 35 kts, Sea states up to 5 and a swell of up to 5m during the onward leg from Goa to Mauritius. This adequately met the training aims of the voyage. The strenuous journey also provided the crew with an opportunity to consolidate upon their theoretical and practical training undergone thus far. 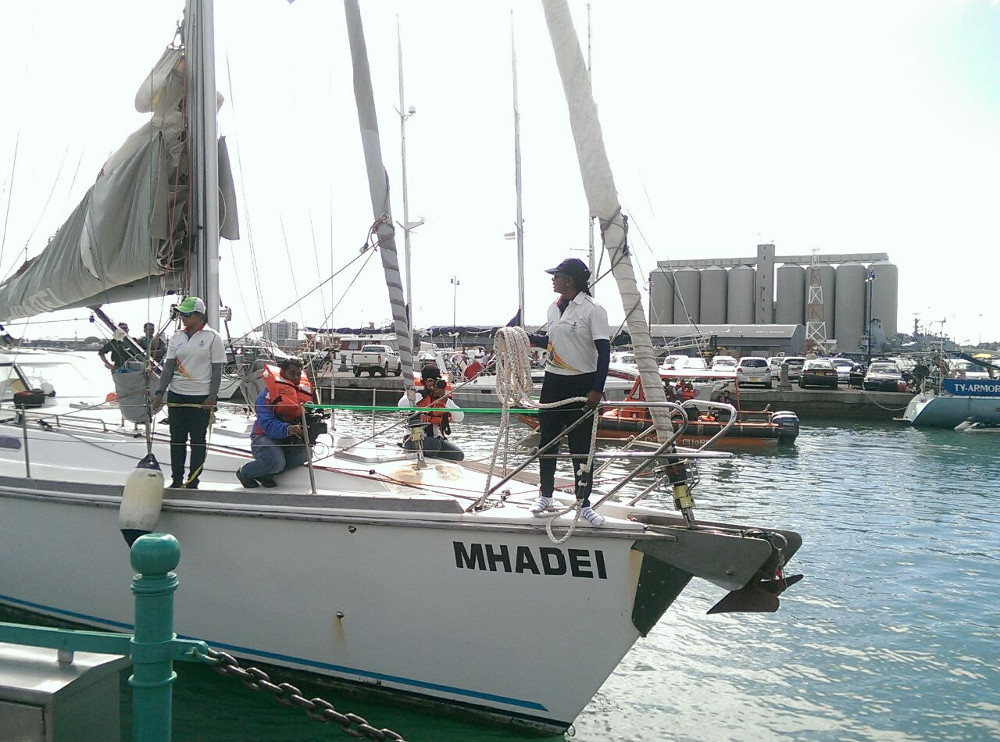 Mhadei was received by the Mauritian Coast Guard vessel Retriever outside Port Louis harbor and was escorted to her berth. Alongside, she was received by the Acting High Commissioner of India, the Commandant of the National Coast Guard and other officers and families of the Indian High Commission. Ten women Police officers of Mauritius embarked Mhadei 10 miles outside the harbor and sailed into Port with her crew. During their stay, the crew will call on the Hon. President of Mauritius, the Hon. Minister for Gender Equality and Child Development, Govt of Mauritius and various other dignitaries. The boat will also be open to visitors and school children. Mhadei is also expected to undertake day sorties off Port Louis for selected groups of people.

The return journey from Port Louis to Goa is slated to commence on 24 Jun 16. Mhadei is expected to arrive Goa in early July 16. The women officers are training to form an all-women crew that would attempt to circumnavigate the Globe next year.